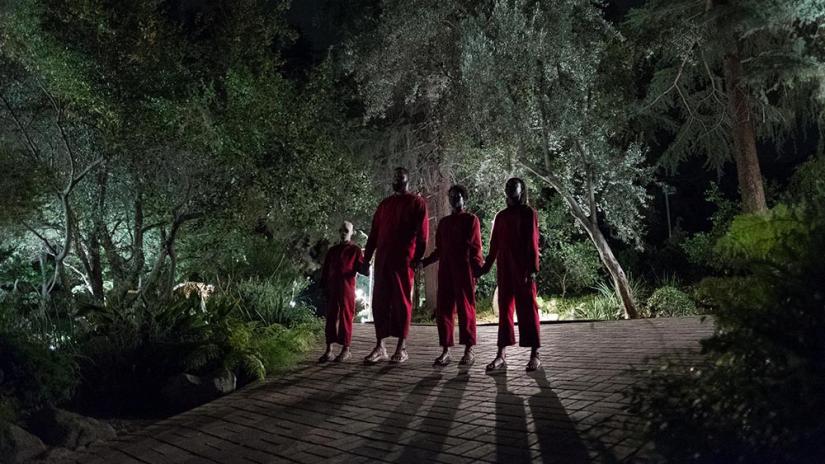 While Annapurna Pictures is on financial life support and clamoring for a box office victory, seeing green for another studio like Universal Pictures isn’t as much of a necessity as it is a want. Universal registered a rather solid 2018 with some strong sequel success stories propelling business among more mixed new-to-screen efforts. With their latest release, Jordan Peele’s Us, just around the corner, and as we did with Annapurna last week, let’s break down their 2018 and look ahead to see what 2019 has in store for the massive studio.

Universal’s major victory of 2018 came in the form of their Jurassic World follow-up in the summer, Fallen Kingdom. While Fallen Kingdom may not have reached the heights of the record-breaking 2015 reboot, nobody really expected it to. The fact that it even came close still constitutes as a real triumph for the dino series. Worldwide, it became the third-highest grossing release of the year (topped only by Disney’s Avengers: Infinity War and Black Panther), with its obscene $1.3 billion gross.

Fifty Shades Freed and Mamma Mia! Here We Go Again collected $371.9 and $394.7 million, respectively, during their runs, becoming big successes for Universal. Neither reached franchise-heights but easily turned a profit for the studio, with the latter performing particularly well in the UK, where it became the country’s second-highest grossing release of 2018. With strong soundtrack sales to augment both releases, ticket purchases weren’t the only source of income, proving once more that female-targeted efforts can reap financial rewards for movies.

And while kid-friendly Johnny English Strikes Again fell a couple million short of its predecessors in worldwide totals, it was made on a far smaller production budget to account for the US’ disinterest in the property. Europe, and especially the UK, embraced this one to the tune of almost $159 million—six times its production budget.

It was terrific news for Universal’s horror output and Blumhouse division too. The return of Michael Myers and Laurie Strode gave the Halloween franchise their highest-grossing entry yet (unadjusted for inflation). Unsurprisingly front-loaded, its $102.2 million opening weekend parlayed into a $159.3 million domestic total and scared up $253.6 million in worldwide grosses, reviving the franchise which now has a sequel (or two) in the works. Insidious: The Last Key and The First Purge pushed their series’ ceilings higher, earning over $300 million worldwide, combined. With plenty more gas in the tank for both these IPs, expect future visits into the Purge and Insidious universes.

The only sequel to fail Universal was Pacific Rim Uprising. Continuing without Guillermo Del Toro as director (although he did retain a producer title), it couldn’t crack $300 million, despite a high $150 million price tag. It’s unlikely that we’ll be returning to this universe anytime soon and it weighed down Universal’s sequel success in 2018.

As mentioned, Universal’s original releases were more of a mixed bag. Blockers, Breaking In, and Truth or Dare were cheaper productions that turned tidy profits; the three were made for a combined total of under $30 million and, between them, gros over $240 million in receipts. The combined force of Kevin Hart and Tiffany Haddish may not have delivered blockbusting figures for Night School, but $103 million against a $29 million budget is decent enough and is exactly the sort of title to thrive in the streaming age, particularly as Haddish’ star profile continues to expand.

Meanwhile, Skyscraper’s $300 million gross on a production budget of $125 million is ‘fine’. While it’s Dwayne Johnson’s weakest-performing title since his rebirth as a leading action man, in the long run it may become profitable for Universal when marketing and distribution costs have been covered through its home media release. Likewise, The House With A Clock In its Wall just about achieved the magic ‘triple your budget’ myth that indicates profitability for a release, but only barely: $131.5 million, against a production budget of $42 million probably aren’t the numbers Universal was hoping for.

2018-19’s Best Picture winner, Green Book, not only left award season victorious, but also with a stunning $276.4 million in receipts (against a production budget of only $23 million). Thanks to a strong and steady domestic roll-out into 2019, which widened as the film was collecting awards, and an impressive $17.3 million debut in China, Green Book has grossed twelve-times its production budget to date. Like Oscar voters, audiences clearly weren’t fazed by the handful of controversies the film faced throughout its campaign.

Universal’s award season didn’t quite go the way it was expected to for all releases though. Damien Chazelle’s First Man was positioned as the big contender heading into the season but despite strong reviews, it earned a commercially disappointing $105.4 million against a $59 million production budget. From there, the film lost momentum and fell out of the Oscar race pretty quickly. First Man did go on to achieve four below-the-line Academy Award nominations, including a Best Visual Effects win, but Universal clearly hoped for more.

But it wasn’t the worst disaster Universal faced. Welcome To Marwen was a massive bomb, earning just $12.7 million on a production budget suspected to be as high as $50 million. With rumoured losses of $60 million, it, alongside the Peter Jackson-backed dud Mortal Engines, ended the year on a real down note.

While their slate will continue to develop as the year progresses, there is one notable difference in Universal’s 2019: they have far fewer sequels in play. A handful have already been seen—How To Train Your Dragon: The Hidden Dragon, Glass, Happy Death Day 2U—but The Secret Life of Pets 2 is the only direct continuation on their roster. That Illumination effort will hope to match the outstanding $875 million gross of the first but a considerable fall will still lead to profitability. A Fast and Furious spin-off, Hobbs & Shaw, is poised for the summer and is expected to perform marvellously, thanks to the combined audience goodwill of Dwayne Johnson and Jason Statham. But there is a possibility that audiences won’t care for a new ‘extended universe’.

Otherwise, the remainder of the year is propped up by new, original titles. Us arrives this weekend, with opening weekend projections suggesting a $50 million debut over the three days, while Blumhouse will hope to continue their hot horror streak with Ma at the end of May. Danny Boyle’s Yesterday and the Seth Rogen-produced Good Boys round out their summer output. Again, it’s always difficult to predict the potential of original so far in the future, but as long as budgets have been kept in check, both could have hefty pulls at the box-office and be a nice break from the usual summer fare. Yesterday will probably perform stronger overseas, while Good Boys is likely to take most of its money domestically, a la Sausage Party.

Queen & Slim sits in a prime award season slot, with Melina Matsoukas’s feature-length directorial debut scheduled for November 27, a similar slot to Universal’s Green Book. The Lena Waithe-penned crime-drama may not scream ‘award winner’ but the potent subject matter—a black couple go on the run after shooting a cop in self-defense—should make waves and turn heads, regardless of whether it makes its way into the race for gold or not.

Universal will end 2019 with their live-action musical event, Cats. A stacked cast featuring Jennifer Hudson, Taylor Swift and James Corden means excitement is already buzzing for this screen adaptation. It may simply be a box office bonanza or it could muscle in on award season success, but the world has proven it loves a good musical in recent years and this should continue that trend.

Universal’s outlook is healthy and with a few 2019 successes already under their belt, they’re hoping a lineup based predominantly around new ideas is the way forward. While Disney’s mammoth year ahead and the absence of a Jurassic release may dilute their 2018 domestic market share of 14.9%, their slate carries enough potential for a solid 2019 performance.