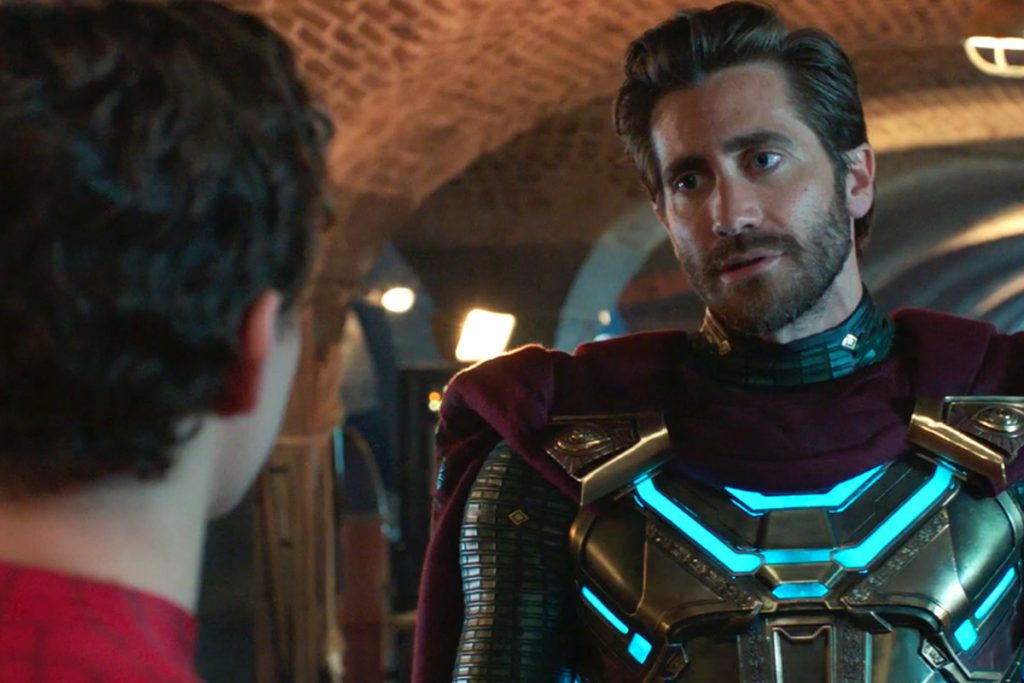 The official trailer for Spider-Man: Far From Home dropped yesterday and it was a doozy. Fans got to see Tom Holland as our titular hero webslinging around Europe and of course, more of Jake Gyllenhaal as Mysterio.

So far, the producers seem to be getting almost everything right in terms of the trickster villain. Like we covered with the teaser, his costume is faithful to the comics–fishbowl helmet and all. And Gyllenhall’s good looks and charisma will surely offset the more bizarre nuances of Mysterio.

But as stated before, they seem to be getting almost everything right.

In the trailer, Nick Fury says Mysterio is from another Earth like ours…just somewhere else in the universe, and that “the Snap tore a hole in our dimension” essentially allowing other heroes and villains to come in. This introduces the whole concept of a multiverse and cross-over potential, which is really cool.

Except this could all be one big red-herring and twist.

In the comics, Mysterio is just a fraud and con-artist in the same universe as Spider-Man. In fact, there’s nothing actually “super” about him.

Mysterio, aka Quentin Beck, is first introduced in The Amazing Spider-Man #13 as a special effects technician and stunt person working for a major Hollywood studio with dreams of making a name for himself in the industry.

That doesn’t really work out for him and he instead decides to team up with a supervillain to carry out some nefarious plots. To help pull them off, Mysterio uses trickery and special effects wizardry to make himself appear to have superpowers and most of his sinister plots involve conning people.

In essence, he’s just a regular guy and an enormous fraud.

But in the Far From Home trailer, he’s seemingly the opposite. Portrayed as a good guy from a different Earth, and Peter’s potential new mentor, Far From Home’s Mysterio runs completely counter to the villainous and fraudulent comic book Mysterio from Peter’s Earth.

Which begs the question: is Marvel fooling us or is Mysterio fooling Nick Fury and Spider-Man? Or both?

While fans are currently drooling over the idea of a multiverse (Peter even mentions multiverse by name in the trailer), Marvel could be pulling a fast one on all of us, just as Mysterio may be up to his signature trickery with Peter and Nick Fury.

Considering that based on casting information, there’s no other major villain involved in Spider-Man: Far From Home, it’s possible its characters and fans could be in for a major twist come July. While the idea of a multiverse is really exciting, maybe we should keep our wits about us.