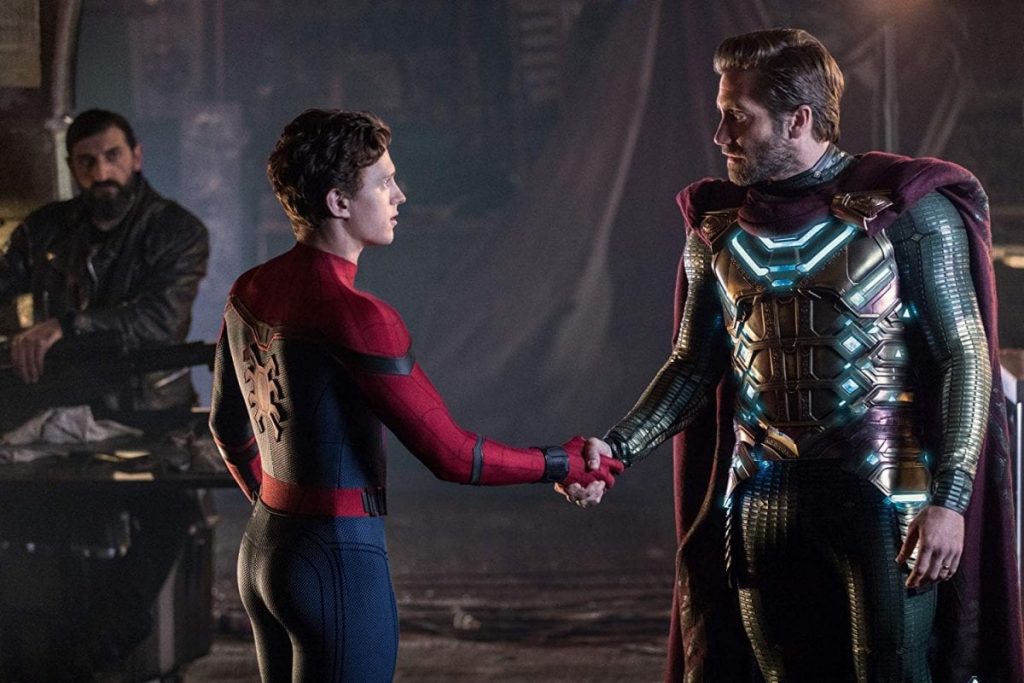 The official trailer for Spider-Man: Far From Home released today. Tom Holland ironically, given his past history of spoilers, gives a quick warning at the beginning of the trailer that if you did not see Avengers: Endgame, avoid this trailer for now.

The trailer begins with the big spoiler, as Peter Parker reflects upon a mural of the recently deceased Iron Man as he mulls over after his mentor. The “Far From Home” portion of the title isn’t actually a place that far, as Parker ghosts Nick Fury’s phone calls and goes on a class trip to Europe.

Fury finally catches up with Peter and introduces him to one of the oldest Spider-Man villians, Mysterio. Mysterio, played by Jake Gyllenhaal, is here again in all his bizarre glory, which we discussed back when the first teaser dropped.

The MCU expands rapidly from here as Fury claims Mysterio, also known as Quentin Beck, came from another world through a dimensional hole caused by the snap. An alleged multiverse opens up the possibility of heroes, past and present, coming from alternate timelines. Potentially it could be a way for Disney to start introducing all the characters that they acquired from the deal with 20th Century Fox. The possibilities are really endless.

Back to the trailer though. The world is under attack from the Elementals and in need of the next Iron Man. Fury and Mysterio seemingly are preparing Parker for this role, but his inexperience and preoccupation with his love interest MJ leaves him hesitant to fill those shoes. Mysterio’s motives are unknown as he has historically been a trickster, but then why would Fury be so willing to work with him? Will Mysterio take Iron Man’s place as Parker’s mentor? Will he betray them? Those questions will soon be answered, but for now this trailer gives a promising look at not only the film but also the future of the MCU.

In the first entry shortly after the events of Endgame, Marvel opens up a new era of possibilities that will assuredly keep them entertaining audiences and killing it at the box office for years to come.

Spider-Man: Far From Home will be in theaters this summer July 2nd.