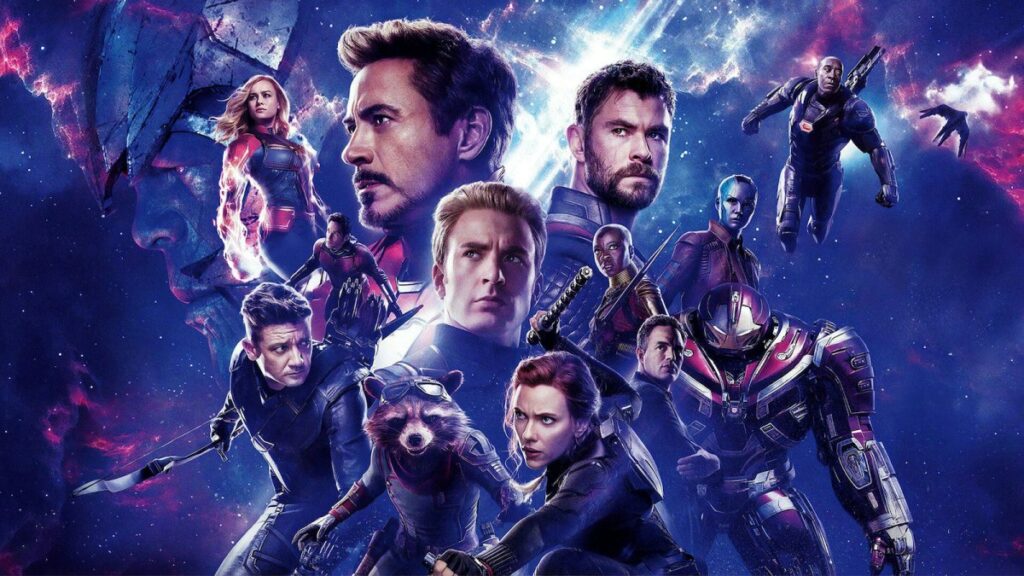 With Avengers: Endgame all but wrapping up the Infinity Saga, we’re left to wonder what shape Hollywood’s most extensive and lucrative extended universe will take when the curtain drops on the Spider-Man sequel in July.

Far From Home will carry the burden of tying up Phase 3’s loose ends and answering the questions we have remaining from Endgame, while talk of multiverses may be an indication of what’s to come. However, with such limited information about what films will fill the two as-yet-untitled 2020 release dates, we’re left to speculate the future of the MCU.

Spoilers for Avengers: Endgame lie ahead!

Following Natasha Romanoff”s sacrifice in Endgame, where she gave her life in exchange for the Soul Stone in order to reverse Thanos’ snap, it became very clear that her previously-announced solo film in the making was a prequel. Thought to explore the Black Widow’s origins and her deflection from Russian Spy to fully-fledged Avenger, her backstory—largely unexplored in the Marvel Cinematic Universe—is littered with intriguing facets to consider.

With Scarlett Johnasson returning as Black Widow (proving once more that death does not mean the end in the land of superheroes) and also operating as executive producer, the primary and supporting cast is padded out with a plethora of talent, including Florence Pugh, David Harbour, Rachel Weisz and O-T Fagbenle. Cate Shortland—the MCU’s second female director after Captain Marvel’s Anna Boden—is signed on to the project which is thought to begin filming in June (after a slight delay) and conclude production in September.

While the May 1st release date may be a tight turnaround (particularly given the extensive visual effects a typical Marvel blockbuster requires), Black Widow will be the first project to enter production—unless, however unlikely it is, Kevin Feige and team have been working on a top-secret project amid the Endgame hype.

A story about a Russian spy may not scream ‘summer blockbuster kick-off’ but from a storytelling perspective, launching a new era of Marvel flicks with a prequel has a lot of potential, with the possibility to lay solid groundwork for the arcs to come. It seems very likely that Black Widow is one of the very first entries in a new saga.

With the Avengers roster thinned-out after Endgame, it’s time for Marvel to introduce some new heroes. The Eternals—described as an offshoot of the evolutionary process that created sentient life on Earth—have only been represented in the Marvel Cinematic Universe until this point by big, bad Thanos, but not all of them are gauntlet-wielding villains.

Development for the project has been ongoing for some time now but Chloé Zhao’s employment as director in September of last year and confirmation of Angelina Jolie’s casting last month has put us one step closer to filming, anticipated for August of this year. Giving it 15 months of production and post-production space, it is entirely possible that the film is eyeing the November 6th slot that so far remains unclaimed. With Kumail Nanjiani, Richard Madden and Ma Dong-seok being circled for roles, the ball is rolling quickly with this one and it’s highly probable that The Eternals will be induced into the Marvel Cinematic Universe late next year.

Sequel development is a typically more publicized affair than new-to-screen projects and we’re yet to hear that any of the forthcoming follow-ups are approaching filming. Black Panther 2, Doctor Strange 2 and Guardians of the Galaxy Vol. 3 are stewing in preproduction as it stands, but with their creatives and stars confirmed to be returning, their presence on the Phase 4 slate is an almost certainty.

After the rollercoaster that was James Gunn’s employment as Guardians 3 helmer, production was paused on the trilogy-capper until next year and will likely wind up in the back end of the schedule, while a follow-up to the Best Picture-nominated Black Panther is still a few years off. Doctor Strange 2 is the only sequel confirmed as on the cards that could logistically make the November slot. His notable presence in Avengers: Infinity War has likely enhanced enthusiasm for his next individual outing. Still, you would’ve thought that we would’ve heard something by now and unless it begins filming in the coming weeks, the spectacle-heavy visuals won’t be completed in time. It’s more likely that it takes one of the three 2021 slots, giving The Eternals chance to reign in November.

With Kevin Feig promising a shake-up of the Marvel formula and structure going forward, it’s difficult to predict the MCU’s 2020 until the dust finally settles on Endgame and Far From Home. As of now, we’re inclined to suggest that Black Widow and The Eternals will lead the way in 2020, but we’ll be keeping a firm eye on the impending announcements over the coming months and keeping you informed!