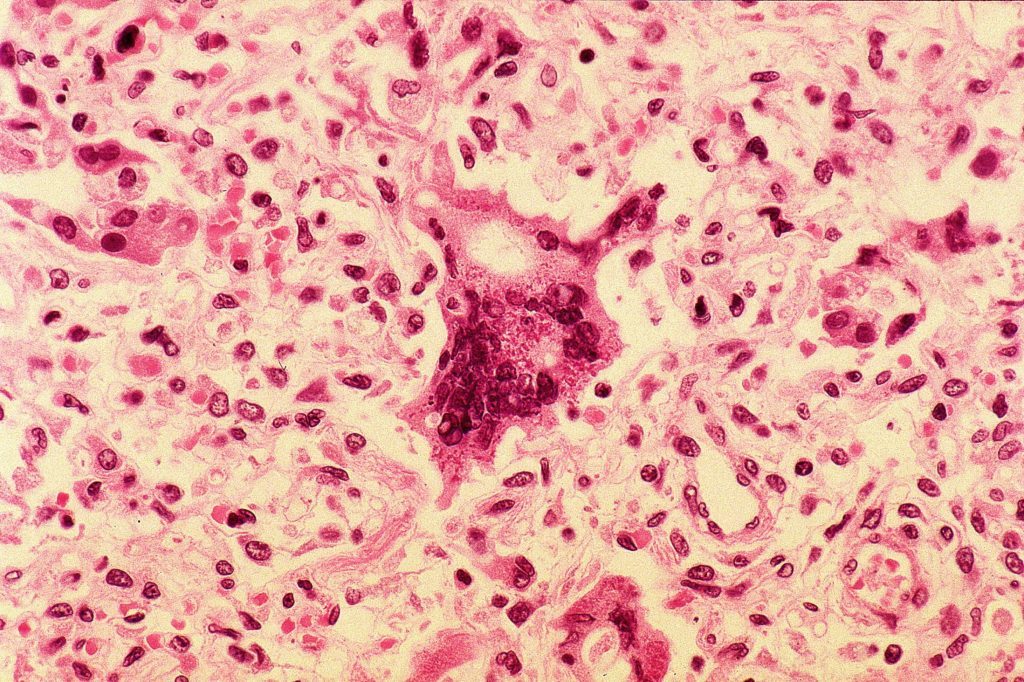 In 1657, measles (MeV) arrived in Boston, MA, and it was the first time the deadly virus was seen in the Americas. However, in 1963, a measles vaccine was developed, and the virus was eventually eliminated in the US in 2000.

This year, the measles is back and more prevalent than it has ever been in the 21st century.

So what exactly is the measles virus? In common terms, it’s a childhood infection caused by a virus. Signs and symptoms include a high fever, cough, runny nose, and red, watery eyes after around two weeks of getting infected. A couple days after those symptoms appear, Kolpik spots might grow in the mouth.

Here’s the bad news for parents of young children, right from the CDC itself:

And here’s even worse news: A child is unable to get the vaccination for the measles until after they are a year old, and the deadly virus is spreading quickly.

This chart from the CDC shows the sudden increase in measles cases from the last 9 years, and the fact that it’s only the fifth month of 2019 and the cases are on a steady rise, many people across the nation are becoming overwhelmed with fear for their children and families.

According to the CDC, from January 1 to April 26, 2019, 704 individual cases of measles have been confirmed in 22 states. This is an increase of 78 cases from the previous week. This is the greatest number of cases reported in the U.S. since 1994 and since measles was declared eliminated in 2000.

On the bright side, though, the vaccine is completely available to every child in the US; however, not every parent is making the choice to protect their children from the virus.

A couple hundred years ago, in 1882, arguments against vaccinations were presented to the public eye. This rebuttal against violent diseases and viruses became one of the most controversial counterarguments of modern medicine, and we are seeing a new wave of this group of people, commonly referred to as anti-vaxxers, sweeping the nation with a bold decision to keep their children away from vaccinations.

This decision to keep a child away from vaccinations makes the child susceptible to the severe illnesses that were eradicated years ago. When those children whose bodies are unable to combat serious sicknesses, like the measles, catch something, it ultimately puts every person in that community at risk.

The measles is so contagious that 9 out of 10 people that the infected person comes in contact with will be infected as well, if they are unprotected.

Now, the US is facing a large-scale epidemic of the measles because of the presence of anti-vaxxer parents and unvaccinated travelers, according to the CDC.

Obviously, this is very troubling to parents of infants.

The threat of the measles in the US doesn’t just bring a nasty virus; it also promotes widespread fear in the nation, which can pose greater threats to the state of a sovereign nation.

Avengers: Endgame hit the theaters on April 25, and the movie brought massive amounts of people to the screens. An AMC Theater in California underwent a crisis that week because of a traveler who accidentally brought the measles from another country back to the US. Once her condition was discovered, the moviegoers of that night were warned that the entire theater in Santa Ana, CA was at risk of catching the virus, according to CNN.

Not only do parents have to fear for the lives of their infants, but everyone in America is now being warned to be cautious of public places. So, what can you do to protect yourself?

This virus is threatening and deadly, so how can you make sure that you aren’t a statistic on the ever-rising confirmed cases data?

Doctors are advising everyone to make sure they have the MMR vaccine for measles and rubella because the risks of not doing so are more dangerous than the theories presented by anti-vaxxers.

Studies have shown that there is no correlation between autism (the leading argument of anti-vaxxers) and the MMR vaccine, according to Cleveland Clinic. Therefore, the only fear a person should have about the vaccine is not having it.

Rachel is a writer and reporter for various publications in the metro-Detroit area of Michigan and beyond. She enjoys taking impulsive road trips, spending time in nature, and writing ekphrastic poetry.