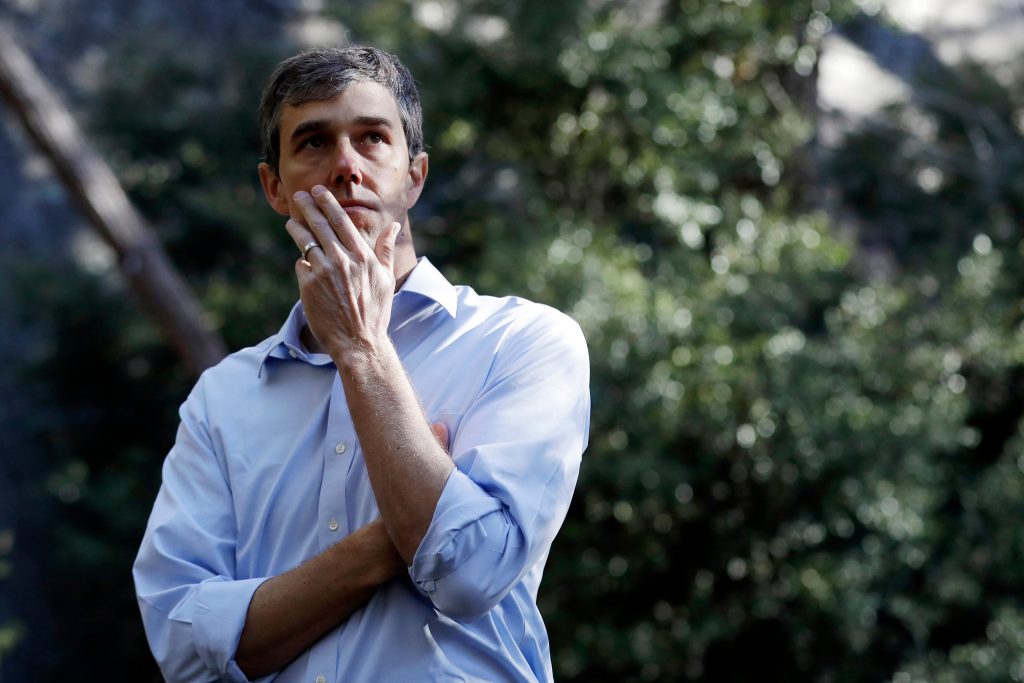 Last week, 2020 candidate and former Texas Rep. Beto O’Rourke unveiled his comprehensive plan to slow the pace of climate change. Pundits were surprised—O’Rourke’s campaign has up to now been skimpy on policy proposals.

However, O’Rourke is responding to the priorities of Democratic voters. A recent CNN poll found that 82% of registered democrats think it is “very important” for the next President to take aggressive action to slow the effects of climate change. This was the highest of any policy position.

O’Rourke addresses the symbolism of focusing his first formal proposal on climate change. His website argues “Climate change is the greatest threat we face.”

The plan, broken into four separate parts, is extensive and calls for net-zero emissions by 2050. Here’s each of the parts, summarized:

The plan was met with mixed reactions.

Freshman Democratic Rep. Alexandria Ocasio-Cortez said she thinks “we need to have more aggressive timelines” than the one outlined in O’Rourke’s proposal. The Green New Deal, Ocasio-Cortez’s signature climate change policy, advocates for a 10-year plan to achieve carbon neutrality by 2030.

Varshini Prakash is the executive director of the Sunrise Movement, a youth-led climate advocacy group that promoted the Green New Deal. While Prakash admits that O’Rourke “gets a lot right in this plan,” Prakash agrees with Ocasio-Cortez in criticizing O’Rourke’s timeline. “His plan is out of line with the timeline it lays out and the scale of action that scientists say is necessary to take here in the United States to give our generation a livable future,” Prakash argued in a statement.

The environmental left has a history of criticizing O’Rourke. He has declined to turn down money from fossil-fuel workers–though he refuses donations from oil executives, industry trade groups, and their political-action committees. Other 2020 candidates, including Bernie Sanders, Elizabeth Warren, and Pete Buttigieg, all have committed to rejecting any large fossil-fuel donations.

In a statement addressing O’Rourke’s plan, Washington Governor and lesser-known 2020 candidate Jay Inslee said, “We will not defeat climate change with empty rhetoric, borrowed rhetoric, or by taking fossil fuel money.” Inslee’s primary campaign focuses almost exclusively on climate change. He recently released his own set of climate-related proposals. Inslee’s centerpiece is a law steering the United States towards “all clean, renewable and zero-emission energy in electricity generation by 2035.”

Beto O’Rourke’s plan is a center-left set of policies—as demonstrated by the attacks from Ocasio-Cortez and her progressive peers. However, it is arguably more realistic than the proposals promulgated by left-wing activists. It is unclear the United States could meet the 2030 goal without monumental upheaval in the national energy system.

Despite these inter-party disputes, most Democrats are likely glad that attitudes toward climate policy are beginning to shift. Polls, like the aforementioned CNN poll, indicate that climate protections are becoming a high-level priority for Democratic voters. We will likely hear much more about each 2020 candidate’s strategy to slow climate change.