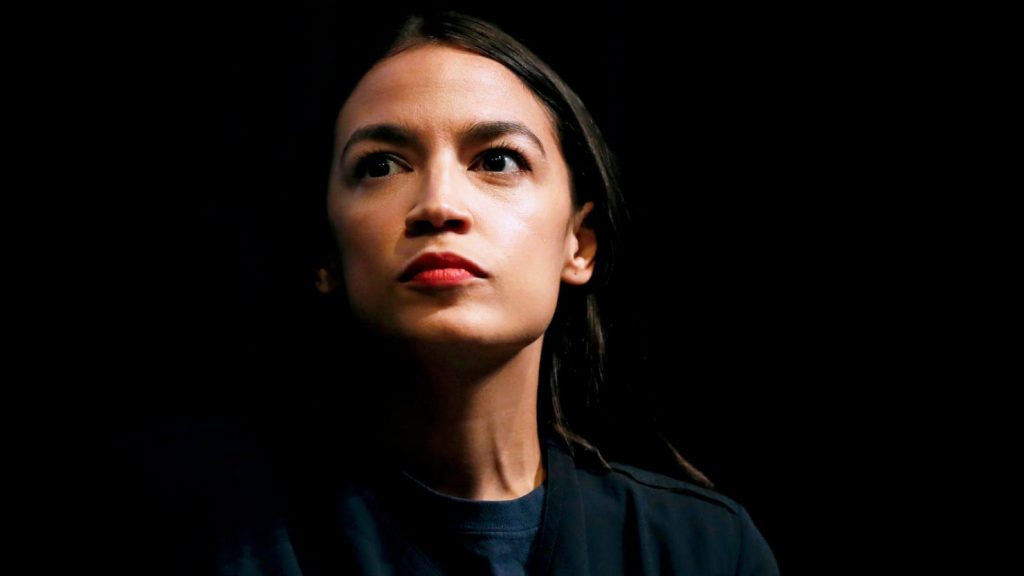 Between 1933 and 1936, President Franklin D. Roosevelt enacted a series of reform programs and public works projects responding to the need for relief and recovery from The Great Depression. These programs were distinctly focused on relief for the unemployed and poor, recovery of the economy, and reforming the financial system to ward off the possibility of another depression. The New Deal spurred a drop in unemployment rates, the creation of jobs through public works projects, and a restoration of faith in the American economy.

Flash forward to 2018 and the present: the Intergovernmental Panel on Climate Change releases a report that states humankind has approximately twelve years to curb carbon emissions before the catastrophic effects of climate change become irreversible. In the United States, neither political party has a plan to address climate change. Though several Democrats claim to support policies that would reduce climate change, none of those policies addressed the issue to the scale that is necessary. That was until The Green New Deal and Congressperson Alexandria Ocasio-Cortez (D-NY).

What is the Green New Deal?

The Green New Deal is a proposed economic stimulus program from Ocasio-Cortez that seeks to address both economic inequality and climate change scaled to the magnitude described by the Panel on Climate Change. This piece of legislation would call for a 100% conversion to clean energy, which would in turn position “green” energy as a major American export. The aim would be to position the United States as the undisputed leader in helping other countries transition to carbon-neutral economies, creating a global Green New Deal.

What does this look like? Initially, it would involve creating a national, energy-efficient, “smart” grid to deliver the new clean energy. Every residential and industrial building would be upgraded for state-of-the-art energy efficiency while transportation and other infrastructure would be improved and decarbonized. The Green New Deal calls for this transition to be made by providing all members of society, with a focus on low-income communities, the opportunity to be full and equal participants in the transition. That would include job training/retraining and education for the rapidly changing industry and economy.

…and we have #GreenNewDeal lift-off! 🌎🚀

But Is It Possible?

Great question. All of this new infrastructure and the required upgrades do not pay for itself. Ocasio-Cortez acknowledges that taxes would have to be raised tremendously to underwrite the necessary investments. That rise in taxes could include taxing the wealthiest Americans up to a rate of 70%. Republicans have predictably balked at that notion. Economists disagree on whether that is disastrous or positively progressive. It’s important to note that despite House Republican Whip Steve Scalise (R-LA) claiming this means the government would “take away 70 percent of your income”, taxes don’t quite work that way. This 70% rate would be a marginal tax rate, as opposed to an average tax rate. Which means that 70% would only be applied to a part of someone’s income (typically the last dollar of income) and not their entire earnings. Average tax rates are typically much lower than marginal rates. Unfortunately many overlooked this tidbit of vital information.

But while this may quell some of the concern about the GND policy, Ocasio-Cortez may find her greatest hurdles within her own party. In a season when centrist Democrats are avoiding ruffling feathers to allow the President’s own stumbles speak for themselves, convincing the party’s establishment on such ambitious climate change policies at this time will be an uphill battle.

Already, Speaker Nancy Pelosi has opted to endorse a select committee on climate change, as opposed to the Green New Deal, for an already established group led by Rep. Kathy Castor of Florida. However, not all steam has been lost. Several potential candidates to campaign as the Democratic challenger in the 2020 Presidential race have mentioned some form of support for a Green New Deal, including Senators Elizabeth Warren and Cory Booker, as well as popular Texas politician Beto O’Rourke. As the subject becomes increasingly popular with progressive voters, and strong bipartisan support from registered voters for a green jobs program, a Green New Deal will undoubtedly become a central talking point of the 2020 campaign trail.

Outside of the two-party system, the Green New Deal still faces challenges, including cost and special interest groups. Even with a massive tax overhaul, the American public will have to make significant sacrifices and changes to support a Green New Deal implementation. Special interest groups, such as the Koch brothers, will do everything in their power to shut the legislation down. There is also major concern that essentially dismantling the fossil fuels industry—despite already being on the decline—would displace millions of workers in that industry. The GND does have a solution for this—a federal jobs guarantee that essentially states that anyone who wants a $15 an hour job and benefits within the government can have one. Some scholars believe this is both possible and the best solution. But skeptics of the federal jobs guarantee say it is easier said than done. Their belief is that it would be an almost impossible task to train and employ the massive number of people who all have various backgrounds and skill-sets, and all need jobs at different times.

Despite the aforementioned challenges, the GND continues to garner support and even more attention. Public interest also shows that when the GND is presented as an idea—not legislation—that voters on both sides of the party lines are supportive of job creation through green technology and energy. It will be key to focus on those opportunities and the chance to grow America’s economy rather than trying to convince the entire opposition from the scientific point of view.

Recent data revealed that America’s carbon emissions rose by 3.4% in 2018. It is left to be seen if American politicians will be able to pass legislation to the scale scientists deem necessary in the small time frame they’ve been given. Realistically, Democrats will need to hold all three branches of government to pass legislation on the Green New Deal, in today’s political and cultural environment. While the progress can’t start today, bringing it to the forefront again—especially during the 2020 election—is a necessary step towards climate change.