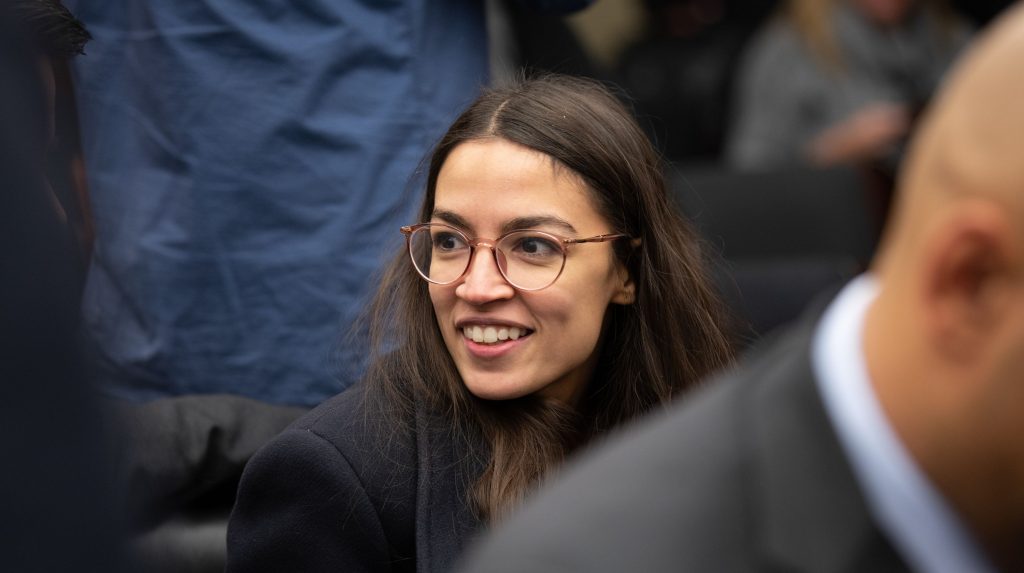 In the spring of 2020, Democrats nationwide will decide their Presidential nominee. The candidate will become a “standard-bearer” that reflects the direction and policy priorities of the party.

Both parties need a villain in the opposing party to serve as an electrifying bogeyman. Opposition to current House Speaker Nancy Pelosi has been an effective tool for turning out conservative voters for years. As recently as the 2018 campaign season, Democrats across the party sought to inoculate themselves against Republican attacks by distancing themselves from Pelosi.

However, Ocasio-Cortez is likely to be the lightning rod moving forward. Pelosi has increasingly held the reasonable middle and attacks on her are becoming repetitive and played out. On the other hand, journalists seize on every Ocasio-Cortez tweet and congressional hearing appearance.

In the 2018 midterms, Democrat’s gains in the House were driven primarily by moderates in suburban and exurban districts. Not a single incumbent Democratic governor or senator lost a primary to a more progressive challenger. More recently, however, Ocasio-Cortez’s Green New Deal failed 57-0 on a procedural vote in the Senate.

But the rise of progressivism is not inexplicable. Gallup polls have repeatedly shown that the percentage of Democrats nationally who identify as politically liberal has been increasing. Between 2001-2006, the number averaged 32%. Today, it is around 46%.

In addition, moderate Democrats have begun to consider and adopt the policy proposals of Ocasio-Cortez and her followers. In 2016, Bernie Sanders unveiled his Medicare-for-all proposal during his presidential campaign. He was ridiculed by Hillary Clinton and most of the Democratic Party’s so-called “pragmatists.” However, among 2020 hopefuls, Medicare-for-all is something of a litmus test. 2020 candidates and current Senators Elizabeth Warren, Kamala Harris, Cory Booker, and Kirsten Gillibrand have signed on to Sanders’ plan.

“Those ideas that we talked about here in Iowa four years ago that seemed so radical at the time, remember that?” Sanders said during his first 2020 campaign trip to Iowa. “Shock of all shocks, those very same ideas are now supported not only by Democratic candidates for president but by Democratic candidates all across the board, from school board on up.”

A still moderate base?

While the adoption of some progressive policies might seem to indicate a leftward ideological shift in the party, there are other indications that suggest that the party remains relatively moderate. Pelosi has focused on introducing realistic legislation since the Democrats took the majority. For example: H.R. 3. H.R. 3 aims to reduce prescription drug prices, a politically popular objective. H.R. 8 is a bipartisan gun-control bill that would mandate violent-history checks for buyers. This measure is supported by 92% of Americans and 69% of National Rifle Association (NRA) members.

Furthermore, Pelosi has garnered media attention for “trolling” her more progressive peers. On Ocasio-Cortez’s Green New Deal, Pelosi commented “the green dream, or whatever they call it, nobody knows what it is.” In a recent interview with USA Today, Pelosi mused, “While there are people who have a large number of Twitter followers, what’s important is that we have large numbers of votes on the floor of the House.”

Pelosi’s left-of-center policies are more politically feasible than Ocasio-Cortez’s proposals. While Medicare-for-all has been adopted by many 2020 contenders, much of the policy promulgated by Ocasio-Cortez-types is still considered radical.

Ocasio-Cortez campaigned in favor of establishing tuition-free public colleges and trade school, introducing a 70% marginal tax on income above $10 million, and defunding and abolishing the U.S. Immigration and Customs Enforcement (ICE) agency. In the past, she’s called capitalism “irredeemable.”

While on the campaign trail, Senator Amy Klobuchar recently informed a college audience that everyone does not get a free four-year ride. Yet Elizabeth Warren just introduced a bold and sweeping plan to offer free higher education and end national student debt.

Fellow 2020 candidate and South Bend Mayor Pete Buttigieg openly calls himself a “capitalist.” Last year, nearly 20 House Democrats backed a resolution to support ICE and nearly 25 supported a GOP-backed amendment that would alert ICE when an undocumented immigrant tries to purchase a gun.

At this point, it is impossible to discern whether the party is shifting or if the rise of progressives poses a major risk to party unity.

The American political system has only two major parties. Naturally, there will be internal divisions. The current state of the 2020 Democratic primary reflects these divisions–in virtually every poll, Biden and Sanders lead the pack by a sizable margin.

Biden vs. Sanders is an ideological contrast that represents the policy differences in today’s Democratic Party. A return to many of the Obama-era norms and policies vs. a political revolution. Center-left pragmatism vs. democratic socialism.

Biden leads in most polls. But we are about a year from the Connecticut, Delaware, Maryland, Pennsylvania, and Rhode Island primaries, and a lot can change in that time. In many recent presidential primaries, the early favorite has seen their campaign fizzle out by the time conventions are held.

In the meantime, the Democratic Party will continue to change. If support for progressives continues to grow, it could be the deciding factor in the Democratic primary.