Demystifying Medicare for All 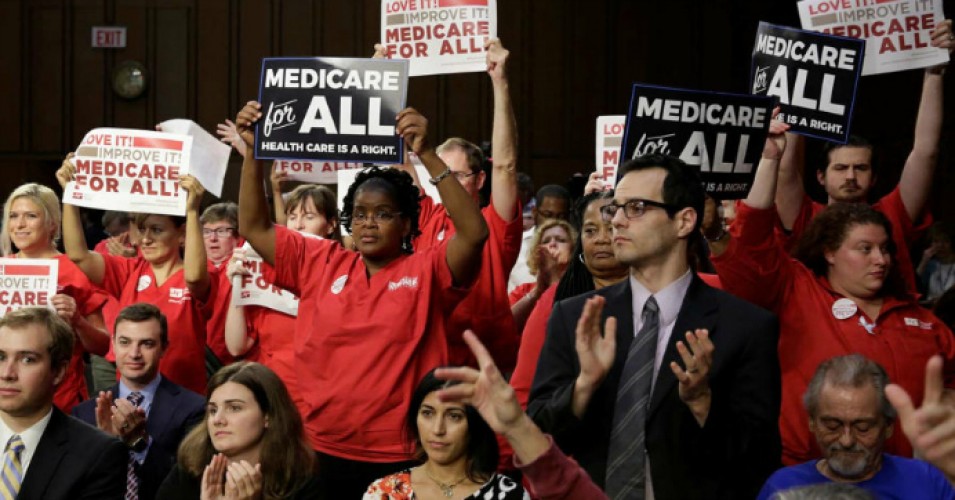 Many people balk at the idea of “single payer healthcare”. The phrase seems to be surrounded by a stigma of being “socialist”. There is a considerable amount of complexity surrounding the topic of universal health care in the United States, primarily stemming from political ideologies and a lack of understanding. Perhaps the failure of recent American policy efforts has led to a hesitance to learn from the successes of other industrialized nations. There is, however, evidence that there is a strong relationship between citizens health and a countries economic performance. Much of that has come through single-payer health systems. Now the U.S. has begun considering their own version of that system, the proposed “Medicare for All” bill.

Single-payer national health insurance is a system in which a single public or quasi-public agency organizes health care financing, allowing the delivery of care to remain largely in private hands. Under a single-payer system, all residents of the U.S. would be covered for all medically necessary services. That coverage includes everything from doctor and hospital visits, preventive and long-term care, mental health, reproductive care, dental, vision, prescription drug, and medical supply costs. Patients would no longer face financial barriers to care, such as co-pays and deductibles, and would regain free choice of doctors and hospitals without premiums. Autonomy over patient care would be placed back with the doctors.

Why Do We Need It?

Despite spending more than twice as much as most industrialized nations ($8,160 per capita), the United States performs poorly in comparison on major health indicators such as life expectancy, infant mortality, and immunization rates. Most other advanced nations provide comprehensive coverage to their entire populations, while the U.S. leaves 52 million completely uninsured and millions more inadequately covered. The current patchwork system of for-profit payers and private insurers waste healthcare dollars on things that have nothing to do with care: overhead, underwriting, billing, sales and marketing departments, all while gaining huge profits and exorbitant executive pay. Doctors and hospitals must maintain costly administrative staffs to deal with the bureaucracy. As a result, administration consumes one-third (31 percent) of Americans’ health dollars, most of which is wasted.

Health care is a right, not a privilege. That’s why my colleagues and I are fighting the GOP’s disastrous “health care” plan every day.

How Does It Work?

Medicare for All is funded by the savings obtained from replacing today’s profit-oriented multiple insurance payer program with a single nonprofit public payer, and by modest new taxes based on ability to pay. By eliminating private insurers and recapturing their administrative waste, more than $400 billion per year, the U.S. can have enough funding to provide comprehensive coverage to everyone without paying any more than Americans already do. Modest new taxes would replace premiums and out-of-pocket payments currently paid by those individuals or businesses. Costs would be controlled through negotiated fees, global budgeting, and bulk purchasing.

Medicare for All is not a socialized system. In socialized healthcare systems, hospitals are owned by the government, and doctors are salaried public employees. In Medicare for All, doctors and hospitals remain private. There is worry that the U.S. cannot afford such a system, but if we combine what we’re already spending and diverting those resources away from unnecessary overhead, we would have more than enough to provide health care for all Americans. The Affordable Care Act expanded coverage to about 20 million Americans by requiring people to buy private insurance policies. Using that system, about 28 million people will still be uninsured in 2026, and tens of millions will remain underinsured. Barack Obama himself has given his endorsement of Medicare for All.  Many also worry that our baby boomers will drain the resources from this system. Several European nations and Japan have higher percentages of elderly citizens than the U.S. does, yet their health systems remain stable with much lower health spending. Single-payer discourages that eventuality through universal access and supporting less costly, home-based long-term care, rather than institutionalization.

Excessive waiting times are often cited by opponents of reform as an inevitable consequence of universal, publicly financed health systems. That has not been the case for other nations. Wait times are a function of a health system’s capacity and its ability to monitor and manage patient flow. With a single-payer system – one that uses effective management techniques and which is not burdened with the huge administrative cost and time associated with the private insurance industry – everyone could obtain comprehensive, affordable care in a timely manner.

When people complain about low turnout in some demos, it’s not because communities are apathetic, it’s bc they don’t see you fighting for them.

If we don’t show up for people, why should you feel entitled to their vote? https://t.co/oGRsG9NZV3

Who Is Endorsing It?

The Medicare for All Act of 2017 has been famously introduced by Senator Bernie Sanders. With Speaker Nancy Pelosi lending her support, the new Democratic majority in the U.S. House of Representatives will hold their first hearings on Medicare for All in 2019. Sanders has found several high profile endorsers, including 2020 Democratic presidential candidates Elizabeth Warren and Kamala Harris, who recently wrote an impassioned NY Times Op-ed on the subject. It’s not just politicians giving their endorsement. Recent polls show that 70% of Americans, including 85% of Democrats and 52% of Republicans, endorse a universal healthcare system.

Medicare for All will not be an overnight success. Drug companies profits would inevitably fall to the government. Health insurance companies would mostly be eliminated. Doctors and physicians would likely face pay cuts. The question then becomes: Is access to sufficient healthcare a basic human right? If so, is it better to remain in our current insufficient system or boldly go where…much of the world has successfully gone before?