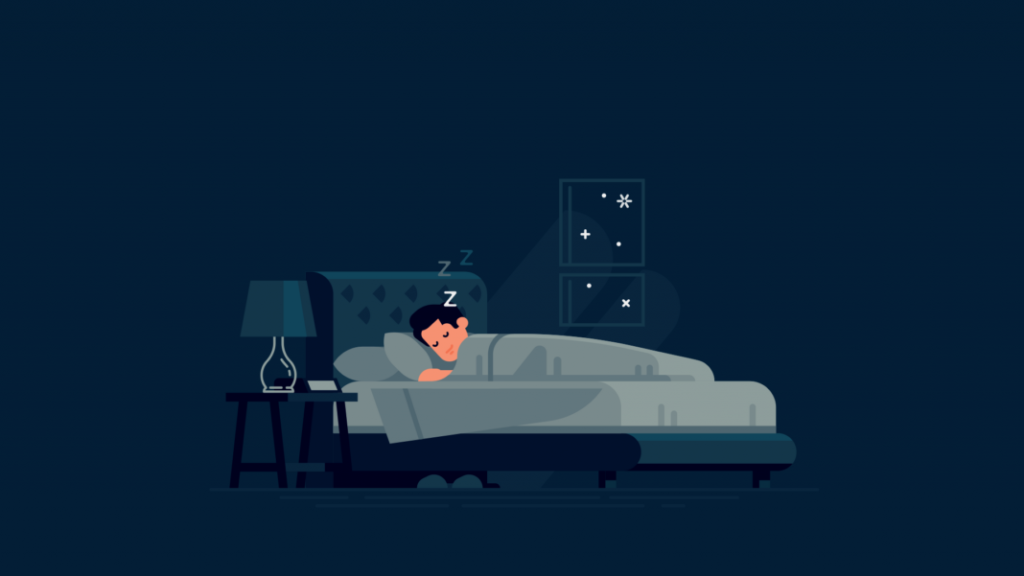 “Sleep is the greatest life support system you could ever wish for. It is a remarkable health insurance policy.” – Matthew Walker, PhD

Welcome to the first instalment of our sleep miniseries. By the end of this deep dive into all things somnial, you’ll have a greater appreciation for the importance of sleep and the know-how to boost your routine with healthy sleep habits.

This series is inspired by the work of Matthew Walker, PhD. Dr Walker is the author of the International Bestseller, Why We Sleep. It has a singular goal: to reunite humanity with sleep. He is also a Sleep Scientist for Google and the founder and director of the Center for Human Sleep Science. He can be found on Twitter at @sleepdiplomat.

Dr Walker has recently been a guest on The Peter Attia Drive, which is a weekly, ultra-deep-dive podcast focusing on maximizing health, longevity, critical thinking…and a few other things. This series takes fascinating topics discussed by Dr Walker and Dr Attia and breaks them down into digestible, applicable chunks so that you can improve your sleep habits and maximise your wellbeing.

How did you sleep last night?

If you are like most people, then sleep is not your strong point. Perhaps the modern world is too full of distractions⏤why not check out our articles on digital minimalism? You may feel as though you have too much to get done to spend 8 hours a night asleep. But consider for a moment that your performance⏤not to mention your general health⏤is compromised by a lack of sleep. Is it really worth the risk?

Today, the average person sleeps 6 hours and 31 minutes per night, when we need 7-9 hours of sleep to function correctly. If this is the average, then it suggests that many people must survive on even less. Society is sleeping less, and disease is escalating more than ever. Yet, sleep is the closest thing we have to a panacea⏤there is causal evidence that nothing improves or reduces function more so than sleep. So why do so many people neglect it?

You know the type. Extrovert, hardworking⏤successful, perhaps. They tell tales of only needing 4 hours of sleep a night, being immune to the effects of sleep deprivation, and how sleep is for the weak or lazy. Some say that you can sleep when you’re dead. Society is defaulted to reward this machismo attitude. The worst braggadocio can often be found with heads of state⏤Dr Walker uses Margaret Thatcher and Ronald Reagan as prime examples; Thatcher is famously said to have slept for only four hours a night.

With sleep, 8 is the magic number. Whilst some may be able to function better than others on fewer hours of sleep, no one is immune to the impact of sleep deprivation. To boast about it⏤and promote it⏤is a health care disaster. It would be like advocating against wearing a helmet whilst cycling or applying sun protection. In response, Dr Walker makes two crystal clear remarks. Firstly, the shorter your sleep, the shorter your life. Secondly, it is no surprise that both Thatcher and Reagan went on to develop Alzheimer’s disease.

If you remember one thing from this article, remember this: sleep is one of the most significant lifestyle factors that determines your risk ratio for Alzheimer’s disease. There are strong causal links between sleep deprivation and the development of Alzheimer’s. This alone should be a sufficient reason to prioritise your sleep to preserve your cognition. Dr Walker helpfully breaks down some key sleep science for us:

Our brains have a waste clearance system called the glymphatic system, which kicks into high gear during deep sleep. The glymphatic system is responsible for cleansing the brain of all of the metabolic detritus that has been building up during the day. In so doing, it washes away beta amyloid and tau⏤the two main proteins that underlie the risk of Alzheimer’s. Therefore, a lack of sleep means a build-up of beta amyloid and tau in the brain. According to Dr Walker, sleep science is unanimous on this point. There is a marked difference in beta amyloid build-up with 7 hours of sleep or less. Just one night of sleep disruption is enough to increase the level of both beta-amyloid and tau.

Dr Walker delivers another clear message: sleeping less than 7 hours is going against Alzheimer’s prevention. Capitalising on our sleep is the best thing we can all do to help prevent developing Alzheimer’s. It is for this reason, and many other reasons, that Dr Walker gives himself a non-negotiable 8-hour sleep opportunity.

A breakdown of the sleep cycle

We humans are circadian creatures that oscillate between wakefulness and sleep every 24 hours. When we sleep, our brains go through a 90-minute sleep cycle made up of two key stages: non-rapid eye movement sleep (NREM) and rapid eye movement sleep (REM). NREM is broken down further into three stages, imaginatively named stages 1, 2, and 3. Stages 1 and 2 are light sleep, and stage 3 is deep sleep⏤also known as slow-wave sleep (SWS). REM is the dream-rich sleep at the end of each cycle.

The sleep cycle is also sometimes referred to as “sleep architecture“. Sleep scientists can tell an awful lot from your sleep architecture by chopping up your sleep into 30-second chunks and analysing each chunk to see where our sleep is suffering. This can be recorded on an EEG and illustrated on the more layperson-friendly hypnogram, which is utilised by many sleep apps. Let’s add some context to this.

As we lie in bed, eyes closed, our brains go into an alpha rhythm of around 50 waves per second. As we drift into NREM, theta waves of around 10 waves per second replace the alpha waves. After around 20 minutes, we enter deep sleep, where huge delta waves of around 1-2 waves per second wash through our brain in synchronicity. What seems like very little activity turns out to be an extremely significant neuronal event. Dr Walker calls this coordination of hundreds of thousands of neurons a “long-distance information transfer“, which provides many essential healing properties, such as boosting the glymphatic system into high gear to help fight Alzheimer’s as we discussed above. Deep sleep generally lasts for 20-40 minutes, after which comes REM.

Are you getting enough deep sleep and REM?

The first instance of REM generally lasts around 10 minutes, but the REM chunks increase with each cycle. The first half of sleep is mostly deep NREM, and the second half is mostly REM with a little bit of deep sleep. Dr Walker notes that therein lies the danger of sleeping at the wrong times: someone who goes to bed too late misses out on deep sleep, whereas someone who gets up too early misses out on REM. So how can we maximise our deep sleep and REM?

The preferential window for deep sleep is between 9pm and 3am, whilst it is between 3am and 12pm for REM. In order to get the most deep sleep and REM, you don’t want to neglect either window. For instance, falling asleep at 11pm and waking up at 7am would achieve four hours within each window. Herein lies another danger: someone who survives on 6 hours of sleep or less cannot get both sufficient deep sleep and REM; a sacrifice has to be made. Someone who sleeps from 11pm to 5am will only lose 25% of their time spent sleeping but may lose up to 70% of their REM, which mostly occurs in the second half of the night. However, someone who is extremely REM-deprived may forgo deep sleep and go straight to REM.

Stock up on memory-boosting “sleep spindles”

NREM stage 2 features something sleep scientists call “sleep spindles“, named after their appearance on an EEG. We know that deep sleep is needed for memory retention, but we also need to prepare the brain for learning new things. Whilst REM increases during the second half of the night, so too do the sleep spindles in NREM stage 2. Thus, getting up too early will hamper your ability to learn new things. Dr Walker states that greater sleep spindle activity means greater refreshment of your memory encoding ability.

The 4 pillars of sleep

To finish off this first instalment, let’s break down Dr Walker’s 4 pillars of sleep:

Regularity of sleep concerns the consistency of someone’s sleeping schedule. A consistent approach to sleep is essential to improving overall sleep quality as well as creating better sleep habits. If you sleep less in the week and more on the weekend, you may suffer from “social jetlag”, which is something we will discuss in part two.

Continuity of sleep is about ensuring you do not suffer from fragmented sleep, where you wake up throughout the night. This can be due to both external and internal disturbances, i.e. your sleeping environment and your biochemistry.

Quantity of sleep does what it says on the tin. How many hours of sleep do you get a night? How much of each stage?

Quality of sleep reminds us that quantity isn’t everything; it is possible to get 8 bad hours. This could be for a whole host of reasons, including the impact of caffeine, alcohol, or blue light⏤all these topics and more will be discussed in part two.

Take the first step to improving your sleep tonight

As this first instalment draws to a close, take this opportunity to look at your own sleep routine. Pick one thing that you have learnt in this article and put it into practice. Perhaps you will go to bed earlier to maximise your deep sleep⏤or get up later to maximise your REM and sleep spindles?