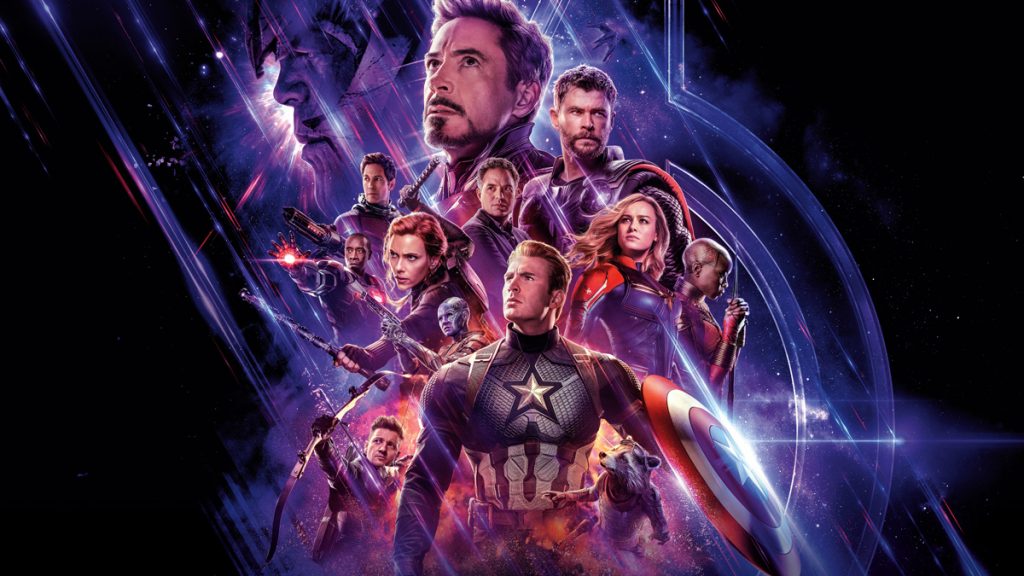 All roads (all eleven years, forty-two hours and twenty-two movies of them) have led to this: the Marvel Cinematic Universe’s lap of honor. Has the single most redefining saga in cinema history given us a concluding chapter worthy of its franchise success? Or will we wish Endgame was snapped out of the MCU completely?

With our heroes reeling from the millions of lives lost because of Thanos’ snap, a plan to avenge the fallen initiates their biggest mission yet. Having led a marketing campaign enshrouded in mystery, it’s no surprise that Endgame is full of surprises and not quite the movie you quite expect; character-driven and gradually-paced, the 181-minute cinematic poem is undoubtedly cut from the same cloth as its Avenger predecessor but could not be more distinct in its tone and approach.

With tremendous aplomb, regular Marvel collaborators Anthony and Joe Russo have crafted a powerful and unexpected picture of unparalleled scale. Both visually and emotionally, Endgame is unlike anything you have seen or experienced before.

Despite the packed cast and a plethora of narrative beats, the Russo brothers have found time to bring a welcomed wholeness to the widely-spanning epic.

The direction and visuals are seamless; the somber thematic content is counterbalanced with some effective laughs. And despite fewer action beats and flashy set pieces than its predecessor, there’s never a dull moment-even despite the 3-hour runtime.

Avengers: Endgame’s character arcs and resolutions are immensely satisfying for the most part, with the exception of the one character. All other key players reach natural crossroads or conclusions faithful to what is right and true to these characters. If the final development strikes you as hastened, it’s still a requirement to complete that storyline. This is all about closing the chapter, after all.

Christopher Markus and Stephen McFeely’s screenplay is very much character-driven, with the quieter, more reflective moments beautifully written and emotionally enriching. While there is more than enough story to chew on, the emphasis is on the characters and the fans, giving them both what they want and what they deserve.

Endgame’s magnitude is unquestionable and the mammoth cast makes it difficult to pick a favorite. Robert Downey. Jr, Scarlett Johansson and Chris Evans all deliver exceptional work – their best in the series – while tertiary performers deliver solid support. Paul Rudd is wonderful and proves that Ant-Man is far stronger as a supporting character than a lead, while Brie Larson slots fantastically into the universe despite our first introduction coming just two short months ago. It’s a wonder that a film like Endgame can balance so many characters

By the time the film’s pièce de résistance eventually arrives, outstandingly scored by Alan Silvestri, things become almost euphoric. Sentimentality is more than justly earned. The final hour is bolstered by appropriate fanservice and superlative filmmaking, culminating in wild audience reactions and gratifying set pieces that still manage to hold weight despite the sheer breadth of them all.

Nobody will be able to agree on their favorite moments because there are so many of them, with scene after scene of the final hour a glorified but intense, profound, and authentic victory lap.

It’s not a perfect film though, specifically in terms of plot. Whenever a film concerns itself with time-travel, you will find plot holes. Endgame is no different and despite the generally tight intertwining timelines, there are a few instances where Endgame stands on shaky ground.

A couple of character decisions – including an otherwise gorgeously-executed mid-point sacrifice – lack the expected gravitas once you start questioning their necessity given the rules and information that was already established.

These slightly clumsy routes may be frustrating, but the journey is still utterly thrilling nevertheless. If it seems we’re nitpicking, we are because Endgame is a consistently impressive feat. But these frustrating quirks definitely underwhelm the strength of the overall picture. Mainly contained within the second hour (still enjoyable despite its scattershot structure) and the arc of one central character, these small but frustrating gripes prevent it from being a perfect film.

But as a swansong to some of the most beloved heroes to grace our pages and screens, as a conclusion to our most successful superhero stories of all time, as a love letter to the dedicated fans, and as a celebratory goodbye, it’s damn near perfect.

You will laugh, you will cry, you will cheer, and you will be devastated when the time comes to say farewell.

With pleasing character arcs, all-in performances from the whole gang, a sense of refreshing finality, and awe-inspiring scope, Avengers: Endgame concludes this cinema-redefining franchise extraordinarily well, with an ambitious finale as heartbreaking as it is heartfelt.