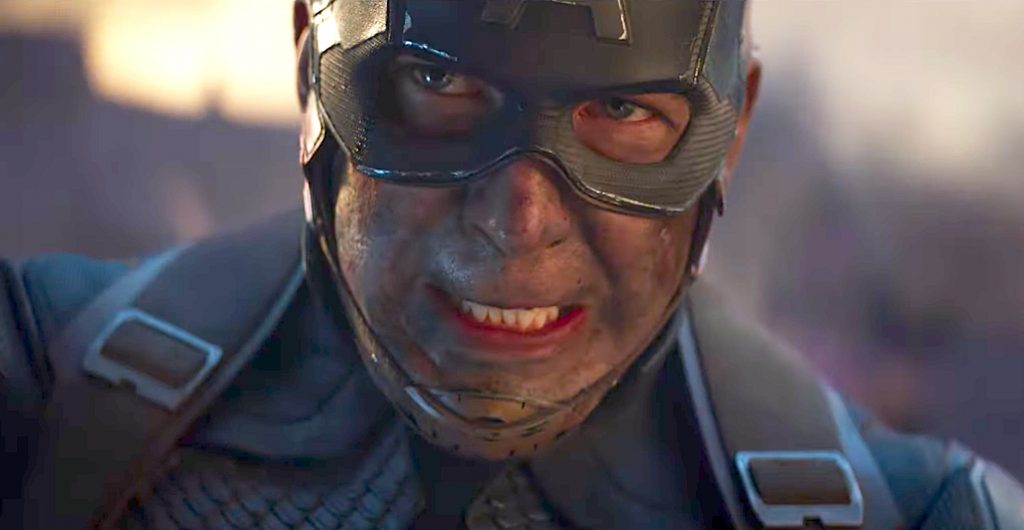 We’re in the Endgame now. With just hours to go until the Marvel Cinematic Universe completes its 22-movie Infinity Saga, many pressing questions remain. One in particular though has us all theorizing: which Avengers make it out alive and which of our heroes will, ahem, bite the dust for good?

The post-Endgame future relies very obviously on who is still around to carry the mantle forward. It’s clear that the team’s mission to avenge the fallen won’t be without its own set of consequences and such a gargantuan milestone like this will have its fair share of casualties along the way.

With that in mind, we’ve sifted through the rubble to predict who will become collateral damage in the rematch to reverse Thanos’ snap.

The one we don’t want to happen. Steve Rogers became Captain America (and was later frozen in time) for one reason: to save and protect the world. A man of unwavering morality, his drive for the greater good is reflected in his every action, and he would absolutely lay down his life to defend the world—which is something that will probably happen in Endgame. Want more proof? Check out this now-infamous tweet from Chris Evans from back in October.

Officially wrapped on Avengers 4. It was an emotional day to say the least. Playing this role over the last 8 years has been an honor. To everyone in front of the camera, behind the camera, and in the audience, thank you for the memories! Eternally grateful.

Kevin Feige has been passionate about adapting the Fallen Son comic series, AKA the Death of Captain America, for some time now, and it would appear the moment has come for such a swansong.

With Evans bowing out of the role after ten years, and time-hopping rumored to be a crucial element of the Endgame effort, perhaps Steve Rogers will finally make that dance with Peggy Carter after all.

This one is pretty straightforward: Black Panther, Captain Marvel, Doctor Strange, and Spider-Man are the heroes leading the Avengers into a new dawn, acting as a replacement to a number of the current heroes stepping down from their headlining roles. They will live to fight another battle.

Captain Marvel and Black Panther both grossed the MCU a billion-dollars apiece, and are guaranteed a headlining position on the roster moving forward. Black Panther helmer Ryan Coogler has already signed on to return in a writing and directing capacity for Black Panther 2, and Chadwick Boseman’s T’Challa only became king at the end of the Best Picture-nominated release, not yet given a chance to fully sink his claws into that position.

Likewise, with Captain Marvel still raking in the box office receipts, she too will be sticking around for some time and the pair will likely lead from the front (as Cap and Iron Man have until this point).

Although chronology could blindside us here, Spider-Man: Far From Home’s release in July implies that Spider-Man will resurrect: a relief because he really did not “want to go”, a scene that brought out the teenage girl in us all.

Doctor Strange 2 has had no official announcement but it’s almost definitely in the works, if not already filmed (or filming). Expect a Scott Derrickson written-and-directed sequel to arrive rather early on into Phase Four.

The underdog step-sister of soul stone victim Gamora and abused step-daughter of Gauntlet-yielding Thanos, Nebula’s quest to reverse the effects of the snap comes with an added vengeance. With arguably the most tortured backstory of any character in the MCU, Nebula’s story has been stalked by tragedy; sadly, we suspect an equally devastating conclusion for Karen Gillan’s take on outer space mercenary.

Nebula’s redemption began when old wounds were healed with the Guardians and it’s a theme we’ve seen frequently throughout the Infinity Saga; a love-hate sibling relationship redeemed through death (think Loki and Thor).

Nebula is chasing revenge against the Mad Titan more furiously than perhaps any other character—but to quote her sister in the final moments of Infinity War: what did it cost? Her life, we suspect.

While Thor is part of the original Avengers line-up, the character never truly found his footing until his third and final solo outing to date, Thor: Ragnarok. With a new haircut came a firmer grasp of the character and a renewed audience appreciation, and Ragnarok ended the critically-underwhelming trilogy on a high note.

Even disregarding the internet rumors that Thor 4 discussions are ongoing, it’s difficult to imagine Chris Hemsworth, Kevin Feige and Taika Waititi are willing to throw it away now that they’ve found solid ground with the God of Thunder. Furthermore, Tessa Thompson’s Valkyrie has already become a fan favorite and her upcoming second appearance in the MCU will surely lead to more.

Audiences reacted with a sharp inhale when Thanos delivered a life-threatening injury to Tony Stark in the climactic scene in Infinity War. But Doctor Strange’s surrendering of the time stone—and in turn, the penultimate piece in of the infinity gauntlet—reversed the results of that wound. When questioned why he did it, Strange simply replied: “we’re in the endgame now”.

As the man who started it all, Stark’s death would bring the franchise full-circle, firmly closing this chapter of the MCU as we know it. He has previously attempted to leave the Iron Man identity behind but has been unable to do so, becoming a recurring joke across the franchise. How can they avoid the temptation of bringing him back every time the world faces a crisis? Death seems pretty final.

But what if there were a way to avoid that? Iron Man could die while Tony survives. Sans his suit and technology, Iron Man cannot fly in at a moments notice, and could peacefully retire without the guilt attached to the power of his armor. And, convinced that Captain America will die, will they really kill both of their leading men off? I’m… skeptical.

We’re in the endgame now…

With Endgame launching across the world any minute now, the news as to who lives and who dies is impending. I, for one, have already dug out my black clothing because, by the time the credits roll, we’ll almost certainly be in mourning as the Infinity Saga culminates.