The Game of Thrones Live or Die pool: the Battle of Winterfell 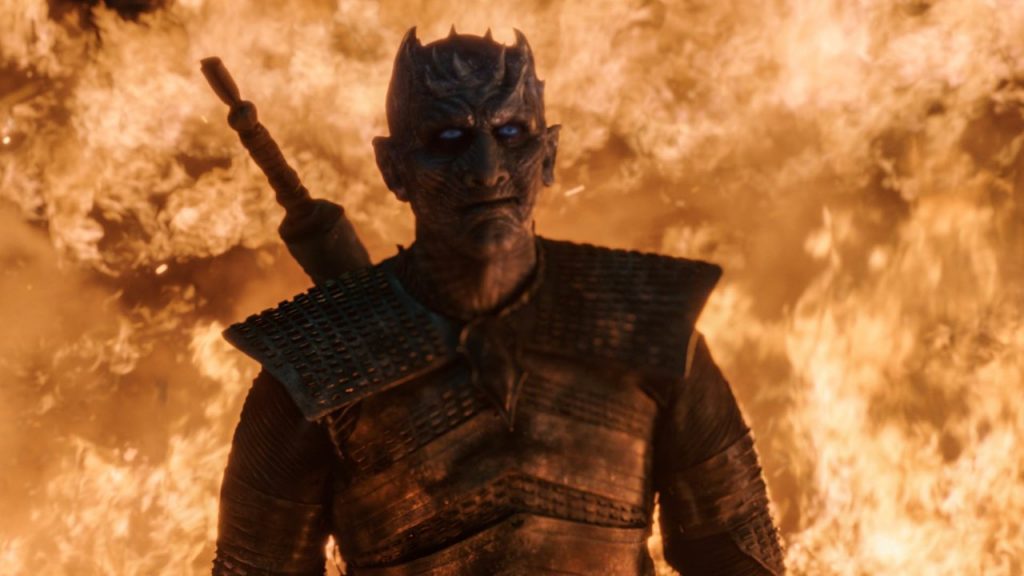 Game of Thrones outdid itself once again with what is surely a watershed episode for not just the series but television as well. In other words: holy shit that episode was crazy.

The second Battle of Winterfell was intensely terrific; a combination of survival horror, epic fighting, high stakes, and unbearable suspense. I like to think just about every viewer was on the edge of their seat for the entire 82-minute episode and needed a drink or nap afterward.

Since this is less an episode recap and more of a pool update, we’ll start with which characters lost their lives this episode fighting the army of the undead and defending Winterfell. If you haven’t checked out our initial post about pool rules, you can find that here. If you have already, continue on.

Well, not as many characters as we had expected. You can read more about that particular issue here.

Dolorous Edd (not in the pool) – Dolorous Edd isn’t a character on our pool character list, but that doesn’t take away from his significance to the show. Introduced during Jon Snow’s time with the Night’s Watch, Edd was one of the original OGs of Jon’s little squad of Night’s Watch friends and survived through many fights and battles. Unfortunately, after saving Sam’s life, he’s viciously stabbed by a wight, only later to briefly come back from the dead after the Night King raises all the casualties.

Lyanna Mormont (not in the pool). The Lady of Bear Island went out with a bang. After an undead giant storms through the gates of Winterfell, Lyanna gives one last heroic effort by charging towards the creature. Unfortunately, she’s picked up by the giant and crushed, but not before she manages to thrust a dragonglass dagger straight through the giant’s eye. The smallest hero on the field wonderfully defeats the largest foe.

Beric Dondarrion (in the pool). A favorite character of mine, Beric gives his life protecting Arya Stark as she and the Hound dodge the undead through the halls of Winterfell. He takes a few good stabs from some wights and is ultimately overrun while the Hound and Arya escape. As Melisandre says later, “the Lord brought him back for a purpose. Now? That purpose has been served.”

Theon Greyjoy (in the pool). Theon got to enjoy the best sort of redemption possible. He was tasked with defending Bran in the Godswood, and after all his comrades are struck down by the undead, and Bran and he are surrounded by White Walkers and wights. Theon takes down plenty of the undead but unfortunately, they’re simply outnumbered and the Night King finally appears to kill Bran. Theon grabs a spear and makes one last charge towards the Night King, who snaps the spear and stabs Theon straight through the gut. He dies, but he gave his life redeeming himself yet again and further proving, as Bran said, that he’s a good man.

The Night King. The big, bad villain bites the dust. Although some might argue the Night King’s death was a bit…anticlimactic or flat, it was a very impressive scene nonetheless. Arya Stark drives a Valyrian dagger right into the Night King’s tummy, the same dagger originally meant to kill Bran back in season 1. After exploding into shards of…something, the rest of the White Walkers do the same and the undead army falls to the ground in heaps of bone and dust.

Jorah Mormont (in the pool). Oof. This one stung but is one we all saw coming. Daenerys takes a spill off Drogon and is left alone on the battlefield as numerous wights begin to encroach on her. But Jorah from left field comes to the rescue and does everything he humanly can to defend her. He hacks down undead soldier after undead soldier but unfortunately takes some fatal blows and succumbs to his wounds in Dany’s arms.

Melisandre (in the pool). The Red Woman dies on her own accord and deservedly so. She shows up to the Battle of Winterfell ready to help, not only lighting all the Dothraki’s swords on fire to help with their charge, but also giving Arya the nudge to kill the Night King. At the end of the battle, as the first rays of sunlight begin to creep over the horizon, Melisandre walks out of Winterfell, takes off her necklace, and falls to the ground, presumably dying.

So with that out of the way (RIP, ya’ll), it’s time to look at how the pool stands.

Everyone correctly predicted Beric would die. Assuming everyone started at zero, everyone gains a point. However, John also predicted Beric would become a White Walker. While this isn’t explicitly shown on screen, the Night King does raise all the dead after Beric’s death so it’s safe to assume Beric became undead. Extra point for John!

Everyone also correctly predicted Jorah would die and die he did. One point for everyone.

Everyone correctly predicted Melisandre would die, but Oliver had incorrectly predicted she would become a White Walker. Therefore, plus one for everyone except Oliver of House Michigan loses a point. They are clearly the weakest House of all (so far).

Lastly the bonus question on who kills the Night King. Surprisingly so, nobody in our pool predicted that Arya Stark would be the one to defeat him. Therefore, that’s a point off the table for everyone.

Here’s the full status of all participant’s points assuming everyone started at zero:

And in case you forgot, here are my full predictions for before the start of the season on who dies and who lives. Those dead are in bold.

This wraps it up for this week. Stay tuned for our update for next Sunday’s episode of Game of Thrones (provided anyone dies).