The Game of Thrones Live or Die pool and predictions 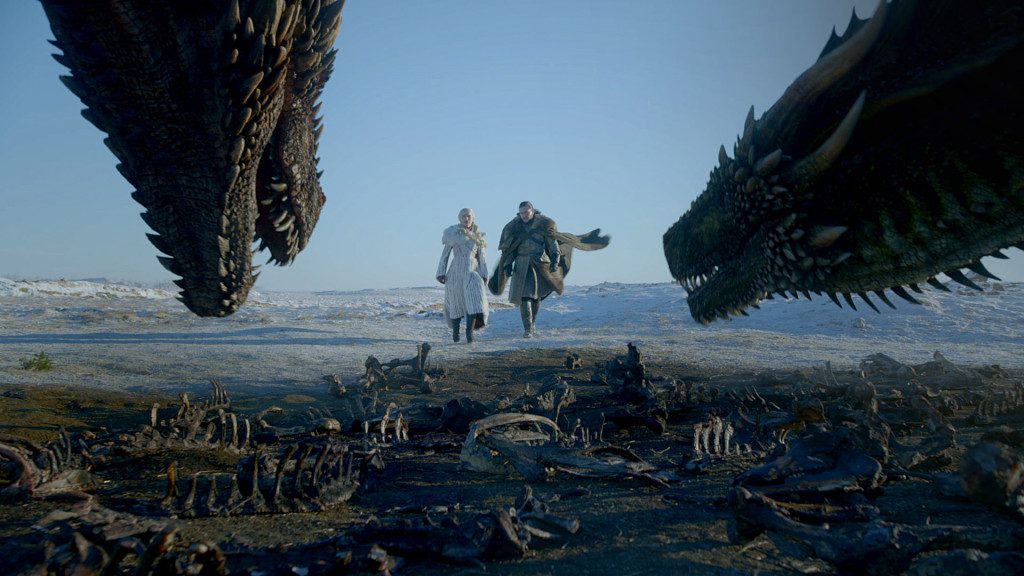 It’s almost an exact copy of a pool that Reddit user xsupajesusx AKA ‘Max’ posted earlier this year that made the rounds on the Internet. Take a look at his paper copy below. 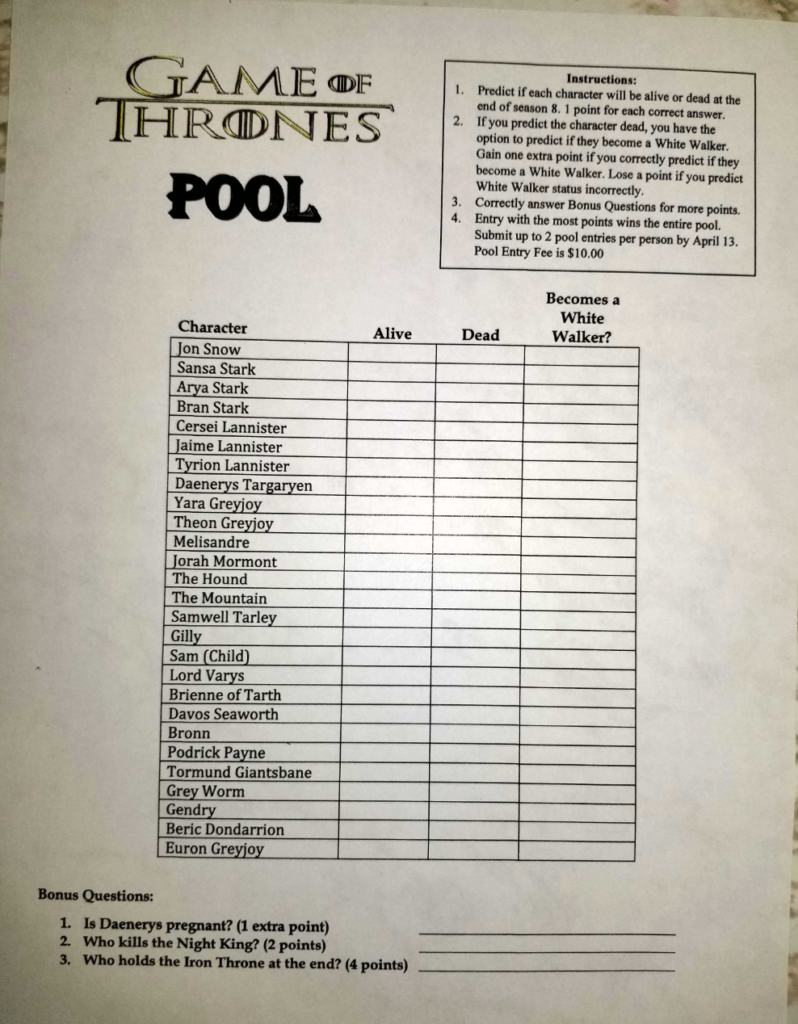 As you can see, the object is to successfully predict the fate of each character by the end of the season. Who will live, who will die, and who will become a White Walker.

Here are the official rules of the pool:

There are also a few bonus questions for extra points: is Daenerys pregnant (1 extra point), who kills the Night King (2 extra points), and who holds the throne at the end (4 extra points). Answer correctly and the points are yours.

Everyone essentially starts at zero points. The pool participants are:

This article will be updated each week, recapping any deaths that occur in each episode or new theories that may change the outcome of our pool choices. Positions in the pool will also continue to be updated.

My final pool predictions and the answers to the bonus questions are posted below. Also, I have no character predicted to become a White Walker just to hedge my picks.

And my bonus question answers:

And there we have it. Stay tuned tomorrow where we recap who lived and who died in the season premiere, and all pool participant’s updated position.