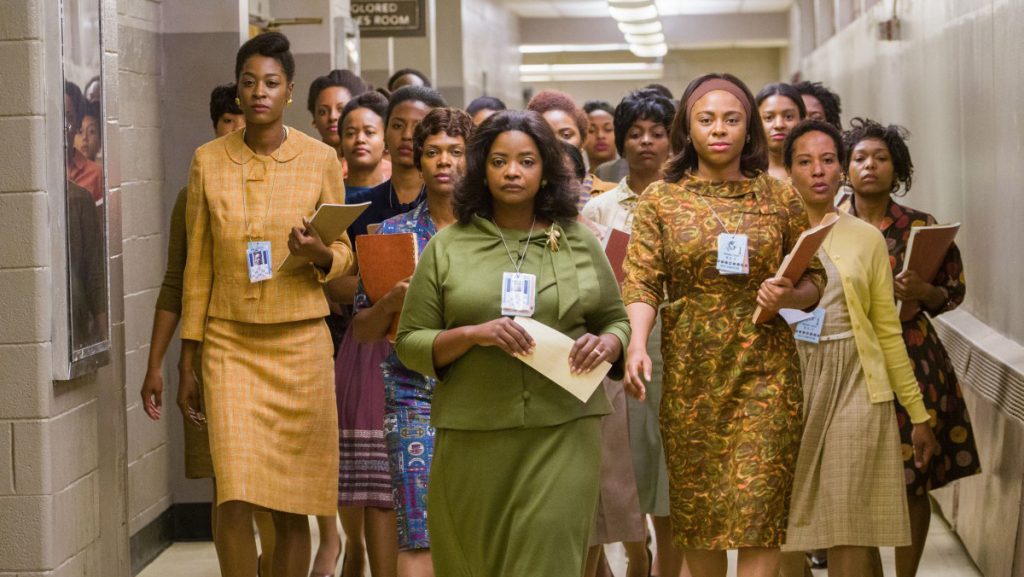 With the announcement that Elizabeth Gabler’s Fox 2000 division will get axed in the Disney-Fox merger deal, it is a loss that signals the impending death of the mid-budget movie.

Fox 2000, the studio behind hits such as Hidden Figures, The Fault In Our Stars, Fight Club and The Devil Wears Prada, had a twenty-three year tenure consisting largely of mid-budget (think $25-75 million in 21st century Hollywood) offerings that have, particularly as of late, served overlooked demographics the industry has long-ignored. With diverse talent in front of and behind the camera, it seemed to—at least from the outside looking in—been a studio championing society’s differences and tackling urgent messages.

Also responsible for the Oscar-winning Life of Pi, Walk The Line, and Bridge of Spies, they have been experienced steady awards success as well.

Although they’re just a small arm of mega-studio 20th Century Fox, infamous for production mishaps, delays, and the like, Fox 2000 has remained largely unaffected by studio pressure. Why? Well, because they weren’t asking for as much money as the bigger blockbusters in 20th Century Fox’s repertoire. Their releases very rarely exceed the mid-budget threshold and occasionally came in even under.

Despite not needing heaps of money, they weren’t making nearly as much either—there lies the crux of the matter. Big brother 20th Century Fox’s Bohemian Rhapsody is approaching $900 million worldwide, while Fox 2000’s two 2018 releases barely represent a fraction of that.

Love, Simon (which lands just outside the mid-budget threshold but isn’t exactly a ‘cheap’ production) was the first gay teen rom-com from a major Hollywood studio and took a respectable, if not superlative, $66 million in the first half of last year. Their latest release, and second of 2018, was The Hate U Give: a rallying, necessary effort that packed a powerful message packaged in a way that could still be accessed by mainstream audiences. Even among the higher-profile race explorations of 2018 (Blindspotting, BlacKkKlansman and, to a degree, Green Book), The Hate U Give tapped into the zeitgeist of today. However, it grossed $34.9 million against a $23 million production budget, making this socially-urgent piece a financial misfire neglected by most audiences.

Even the 20th Century Fox releases that skew towards more mature audiences are failing to prise adults away from their living rooms. Television shows and and movies are far more accessible on streaming services for almost the same cost as one single movie ticket. The full conversation about streaming services’ impact on the moviegoing experience is for another day, but with changing audience demands there is less money to go around and what money is there is usually reserved for bigger ‘event movie’ blockbusters. It makes the necessity for these mid-budget films, outside of the bid for awards, less essential.

Even ‘Oscar bait’ is becoming cheaper

But even with that caveat, studios are spending even less on their award season output. Production budgets for seven of this decade’s nine Best Picture winners have landed between $15-$23 million, with Argo’s $44.5 million and Moonlight’s $1.5 million the clear outliers. Although more money goes on their campaigning efforts, studio heads are still cautious at throwing money towards content that still proves risky. These figures are a stark difference to the earlier winners of the century—Gladiator ($103 million), The Departed ($90 million), A Beautiful Mind ($58 million) and Chicago ($45 million).

We’ll dig into whether this is more a case of the Academy’s tastes simply evolving at a later date. But when you consider that the highest-costing nominee (and only one in the same ballpark as previous winners, excluding Black Panther whose existence in the Best Picture line-up breaks all nominee rules) was Vice—a box office bomb for Annapurna—you question how long they can continue spilling cash into these mid-budget pictures.

Currently, the different territories of each polar end of the film market are staked out. A24 specializes in the proftable and award-winning indies. Disney (and a handful of others) have the tentpoles. As your superheroes and animations take more and more money, it leaves less for the others, therefore, the mid-budget breed is slowly dying out. It is worth considering that while we cheer both the Black Panthers and also the Moonlights, Call Me By Your Names, and Get Outs, it’s causing the mid-budgets that typically thrived in award season to seem somewhat redundant. If we’re not careful, the type of films Fox 2000 made will not be part of our theatrical experience because they are no longer needed to win awards as the idea of ‘Oscar Bait’ becomes obsolete.

With the competition coming from the comfort of our own home, studios are struggling to convince moviegoers that these adult-skewing releases are worthy of a trip to the multiplex.  Speaking from the UK, many of the mid-budget films are already skipping the theatrical process and hitting VOD straight away, with the likes of Isn’t It Romantic, Operation Finale and Serenity (all of which received US cinema releases) forfeiting a wide release to reduce the possibility for financial loss and capitalize on audiences viewing habits. It will be a more regular occurrence eventually.

Fox 2000’s downfall isn’t surprising but it is disappointing. The little brother of 20th Century Fox is the first documented casualty of Disney’s acquisition of Fox and while there may be more to come, this one stings in its reminder that the mid-budget film is a dying breed. It’s on life support right now and for the sake of a rich cinematic landscape, we can only hope it pulls through and begins to thrive again.