Missing Link may not save Laika Studios from financial doom 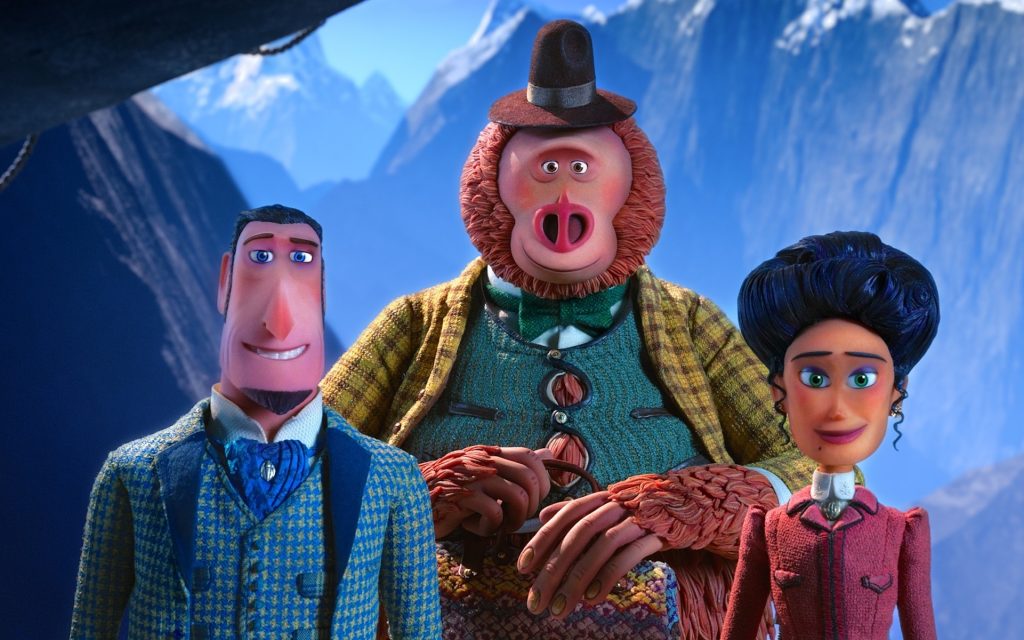 We recently discussed Annapurna Pictures, the artist-driven and adult-skewing studio whose 2018 movies, despite being packed with award darlings, saw them lose millions and remain unprofitable.

They’re not the only ones struggling.

Annapurna’s first major test of 2019 comes in the form of stop-motion effort Missing Link, a co-production with animation studio Laika which they are co-distributing under the United Artists Releasing banner. And while Annapurna’s struggles have been well-traversed, Laika is just as desperate for a hit as well.

While their artistic, time-consuming features have seen consistent critical acclaim, financial success has all but eluded them. Despite production budgets remaining steady at $60 million (we can assume Missing Link will be the same, if not more, given the 92-week production shoot and noted intricacy of the furry main character), their grosses have actually decreased over time. Coraline ($124.6 million), ParaNorman ($107.1 million), The Boxtrolls ($109.3 million) and Kubo & The Two Strings ($77.5 million) may have enriched the brand’s reputation but each has grossed less and less.

Their craft is technically astonishing and the thorough, detailed production process never ceases to amaze, with animators working tirelessly to meet an average of 4.3 seconds of footage per week. To the untrained eye, that may seem like a ridiculously easy task, but with each frame shot individually, and 24 photographs forming just a second worth of footage, you quickly realize why they need almost two whole years to finish a 94-minute film.

In terms of quality, Laika is up there with the very best of them. Coraline and, in particular, Kubo and the Two Strings are two of the finest, most innovative animations of the past years. But unlike their more mainstream competitors, audiences just aren’t watching their films.

Is there a place for Laika’s stop-motion animation anymore?

Laika’s distributors (Focus Features until now) have struggled to sell their projects; only Coraline has been able to double its production budget, and even then, hardly. Admittedly, stop-motion is a far harder sell to general audiences than computer-animated content, with the $225 million earned by Aardman Animation’s Chicken Run representing box office highs for this type of animation. Those numbers are impressive on their own, but when compared to the seven animated titles from Disney Pixar that have grossed over $1 billion.

Recent year’s grosses for non-computer animated features have dwindled even further. Wes Andersons’ Isle of Dogs and Fantastic Mr. Fox didn’t produce blockbusting figures, while 2018’s Early Man was a box office bomb. There is great respect for stop-motion animation within the industry, but that doesn’t always parlay into audience interest.

Despite being pushed as a more mainstream, accessible feature following the complexity and darkness of Kubo and the Two Strings, Laika’s latest feature Missing Link’s early international rollout began last week and grosses are not indicating a turning tide for Laika.

Not even the star-filled cast, which includes Hugh Jackman, Zoe Saldana, Emma Thompson, and Stephen Fry, seems to be helping the numbers. Even worse is was the lack of marketing done by United Artists Releasing, the company co-handling the film’s marketing and distribution with Annapurna.

Exploring merchandising sales like competitors have done and continue to do for high profits is something Laika doesn’t seem interested in pursuing. Instead, they remain firmly focused on the craft. It’s admirable but foolish when they need the extra cash.

Mr. Link, the film’s bigfoot character, seems perfectly designed for plush dolls but a quick Google search reveals no such plans by Laika, with no licensing strategies in play.

How much longer can Laika’s creatively-driven strategy be sustained?

Frankly, Laika will not be around much longer if they don’t strike gold soon. It’s wonderful that the creative filmmakers are so passionately willing to inject so much cash, time and effort into their projects, particularly when profit is the main drive for every other Hollywood conglomerate. But like the infamous MoviePass and its well-documented crash last year, money isn’t limitless and there will come a time where their approach simply cannot be sustained.

With no other projects on Laika’s schedule made public yet, it would appear that Laika hit the stop button on future productions until seeing how Missing Link fares at the box office. It looks grim for the studio, however. For the sake of animated creativity and family-friendly variety, we can hope this isn’t the case.