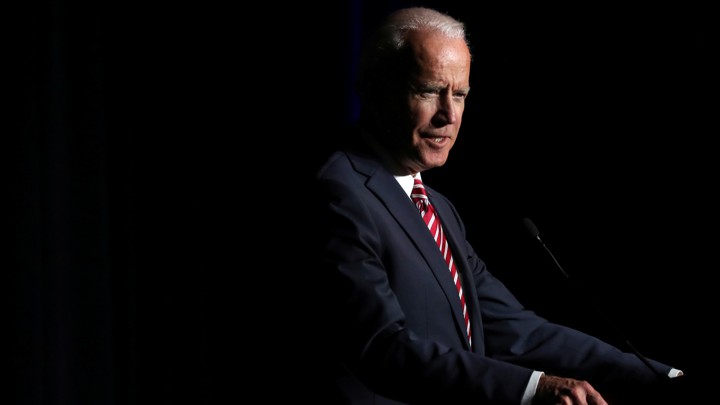 Joe Biden is set to announce his third run for President tomorrow morning, most media outlets speculate. But some Democratic voters are on the fence because his track record makes voters see red.

His contributions to and history with mass incarceration and drug crime, similarly to that of Kamala Harris, may cause some voters to ask: “is Biden really a Democrat”?

Having a hand in mass incarceration and crime law

One issue some of the 2020 Democratic candidates have planned to tackle is mass incarceration, an issue Biden actually helped create in the late 1980s and early 1990s.

Some of the laws Biden sponsored increased funding for prisons and gave mandatory sentencing for drug trafficking. He birthed the Comprehensive Control Act, a law that allowed police to search someone’s possessions without just cause. Included in this act, police could conduct searches without proving someone was guilty of a crime.

At the time, Biden said “Everything from your car to your house, your bank account, not merely what they confiscate in terms of the dollars from the transaction you just got caught engaging in.”

It’s important to note that Biden did not chiefly introduce this bill. Famed Republican Senator Strom Thurmond introduced the act in August of 1983. Nevertheless, Biden was there to champion it alongside him, lending credence to the fact that the former Delaware Senator has a history of being in bed with the GOP.

Obviously, this law discriminated against African-Americans and Latinos and was an early version of the more modern “stop and frisk”.

What Biden failed to realize was that drug dealers were not just minorities, and his backing of the Comprehensive Control Act shines a light on prejudice thinking.

After succeeding with the Comprehensive Control Act, Senator Thurmond and Biden teamed up again for the creation of the controversial Anti-Drug Abuse Act of 1986. The law, which essentially criminalized and penalized drug abuse in the name of “getting tough on street crime”, racked up penalties against offenders and favored one drug over the other.

Crack cocaine suddenly carried much harsher penalties than powder cocaine, and the law essentially put both drugs into a class system. Cocaine was an elite, “white” drug, and saw most of its prevalence at that time in the 1980s. However, crack was the “poor man’s” drug, and most associated it with minorities in unsafe, urban communities.

The difference between the penalties for both drugs was so drastic that someone would have had to carry at least 100 times the amount of powder cocaine to be applicable for just the mandatory minimum sentence for crack.

The Anti-Drug Abuse Act of 1986 only ballooned rates of African-American imprisonment to numbers not seen before.

Biden gave a nationally-televised speech in 1989, where he criticized then-President George H. W. Bush for being lax on drug control and crime. What he didn’t realize was that the Anti-Drug Abuse Act he implemented only worsened the ongoing war on drugs and was a contributor to mass incarceration.

Here's the national 1989 speech Sen. Joe Biden gave where he attacked President Bush 41 for being soft on crime and drugs, & demanded more prosecutions & prison for drug dealers & *users*: led not only to the 1994 Crime Bill but major escalation of the Drug War & Penal State: pic.twitter.com/sg36rV30Zz

In this video, Biden made it clear that drug users should be criminalized, along with drug dealers, essentially criminalizing drug abuse. But like a good politician, Biden has a response to his handling of drug convictions.

“It was a big mistake when it was made,” Biden said. “We thought, we were told by the experts, that crack — you never go back; it was somehow fundamentally different. It’s not different”. This was said at a Martin Luther King Jr. Day brunch on January 21, 2019.

He went on to say how the actions implemented “trapped an entire generation.” He also admitted to the crowd that he did not help get every problem solved the right way.

It’s great of him to acknowledge his wrongdoings, but that doesn’t really do anything to those who suffered from what he started. And it’s hard to not think, “does he mean it”?

With his candidacy just hours away from being announced, admitting all the sins he’s committed in the Senate in order to appear evolved and more culturally-aware seems to be his tactic.

Biden stood on the Senate floor in 1993 as the chair of the Senate Judiciary Committee and declared that there are “predators on our streets” who must be put behind bars and described them as “beyond the pale”. He declared those people doomed and without any chance of rehabilitation. Younger voters will cringe over his word choices and rhetoric here, finding “beyond the pale” insensitive to some minorities.

Looking back on it, it’s hard to not see “beyond the pale” as a direct reference to African-Americans and Latinos. Poor choice of words, Joe.

This speech was given before a vote was held on the Violent Crime Control and Law Enforcement Act, a tough-on-crime bill that any tough Republican would see as a Christmas present. It’s far from what a Democrat today would propose, but Biden signed his name so proudly that he referred to it as “the Biden Bill.”

In the speech, Biden also identified a “cadre of young people, tens of thousands of them, born out of wedlock, without parents…”. He went on to say that these people had not been socialized because they were without opportunity.

“We have no choice but to take them out of society,” he said, referring to those who were “beyond the pale”.

These stereotypical statements will surely hurt his chances with black voters and separate him from his peers on the left. Biden determined in this speech that people who are not “beyond the pale” come from broken homes and if not treated as dangerous, “they will, or a portion of them, will become the predators 15 years from now.”

Which side of the aisle, Joe?

I know Joe Biden wants to be the guy to unify both sides, but you can’t forget why you chose your party in the first place. Earlier, Biden started out siding with Democrats because they opposed racist ideologies. But he ended up using racially insensitive rhetoric and creating policies that have directly hurt the communities he says he supports.

When Biden declares his candidacy, I predict both Democrats and Republicans will consider him strong competition. But his dark past with mass incarceration and aggravating the war on drugs may surely come back to haunt him.

Journalism major at Temple University. Italian food lover from South Philly. In my spare time I love watching movies, going to sporting events, writing, and having drinks with friends.