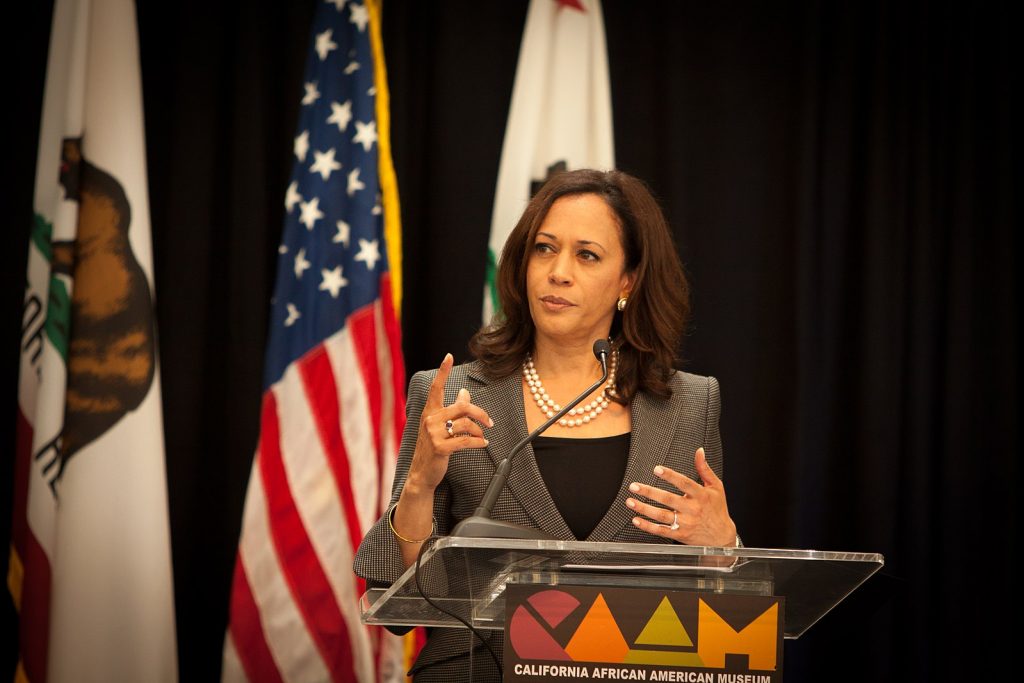 It’s me, your young black friend. As the token minority in your social circle, it’s inevitably my job to keep you from making potentially disastrous decisions. And before you try to fight me on this let me remind you that it was I that tried to get you to get behind Bernie and it was my sisters and mother that saved you from Roy Moore. It’s not fair to either one of us if you support something or someone, let that thing or person garner power and misuse it, only for me to have to pull out the I-told-you-so’s.

That is literally why we’re in the political situation we’re in now. So now that it’s time to start thinking about the 2020 election, I think it’s wise that I put you up on game (that means to warn you). Earlier this week, Democratic Senator from California Kamala Harris announced her bid for the presidency and at first glance, she might be a white liberal’s wet dream, but young black voters will tell you to look twice because since entering the political sphere in 2004 she’s done nothing to improve her own community. And now you’re thinking about giving her the keys to the country. Before you do so, let me give you a few reasons not to hitch your wagon to Harris’ horse just yet.

In 2016 the LA Times published an article in which they expressed the concerns of Californians over, then-Attorney General, Harris’ opposition to legislation that would have mandated independent investigations of police shootings by her office. The article also mentions that Harris never fully endorsed state-wide regulations of body camera use by police officers. Civil Rights activists in the state have been calling on the Senator to take a stronger stance on issues that disproportionately affect the black community for years.

While running for Senate, The New York Times ran a piece about her lack of action on criminal justice reform and her role in perpetuating a cycle of injustice. Harris has framed herself in the tough-on-crime narrative. But, often times, she’s been on the wrong side of a political landscape that is supposed to be about weeding out corruption and creating trust between police and authorities and the communities they serve.

Her Misguided Allegiance to Other Prosecutors

While she was a District Attorney, a superior court judge came down hard on Harris and her office for failing to report what the San Francisco Gate referred to as damaging information about a police drug lab technician. The omission resulted in prosecutors dismissing over 600 drug cases. Now, turning a blind eye to misconduct is one thing but to defend it is an entirely different monster; one that Harris keeps in her basement.

In 2015 Harris defended California prosecutor Robert Murray who falsified an interrogation transcript to include a confession. The judge dismissed the charges, but Harris appealed the case. The appeal defends Murray’s actions by saying they were done “in jest”. Harris’ dispute denied “that Murray’s misconduct was outrageous or conscience shocking in a constitutional sense, as it was not physically brutal.” Her argument basically was that because no one was roughing up the defendant in a back room somewhere, that Murray’s actions didn’t have a prejudicial effect.

I know from my many hours of watching Law & Order: SVU that prosecutors like to look out for their own but Harris takes it to an entirely new level; one that was a detriment to the people she served.

Her Contribution to the Prison Industrial Complex

In 2006, she opposed a bill by her Republican opponent for Attorney General that would exclude minor drug crime and petty theft from the state’s uniquely harsh three strike law. The law, similar to that of those in 25 other states, has garnered backlash in recent years for committing prisoners to life in prison over nonviolent offenses. In 2011, in response to the Supreme Court’s findings that prisoners’ lack of access to medical attention due to overcrowding was tantamount to cruel and unusual punishment, Harris and Governor Jerry Brown fought to release fewer prisoners than the court ordered.

But it makes sense that the Senator might want to send more people to prison and keep them there longer seeing as in 2014, her office fought a ruling to release nonviolent criminals in a new parole program. Their argument was that releasing prisoners early meant prisons would lose an important labor pool. Those are just some major instances of her complacency. The New York Times has an entire laundry list of her wrongful conviction cases.

Her Attack on the Disenfranchised

The fact that senator was born in Oakland garners her no street cred. She’s done almost everything in her power to prove she’s lost touch with those in poorer communities and minority groups. Despite her record on LGBT rights, she’s made some questionable decisions. After a San Francisco Judge ordered the corrections department to provide a transgender inmate, Michelle Lael-Norsworthy, a sexual reassignment surgery on the grounds of “serious medical need”, Harris appealed the decision arguing that prison counseling and drug therapy were sufficient caveats.

After 15 years of the hormone therapy, the drugs were threatening Norsworthy’s liver and risking other medical complications. Since 2001, California has included gender reassignment surgery in state health plans so Harris’ appeal was seen by many as a thinly veiled attempt to postpone the surgery until Norsworthy was potentially paroled so that the corrections department wouldn’t be burdened with the cost of her surgery, transport, and housing, which she claimed might cause security issues.

In another case of having a more left-leaning Republican opponent, during his election campaign for Attorney General, Ron Gold showed support for both medical and recreational marijuana use citing Colorado’s successful legalization and taxation as an example. The presidential hopeful has painted a progressive picture for herself but her lack of a stance on legalization and drug law reform tell a different story. Her stance on the death penalty, misconduct by financial institutions, or the release of innocent men from prison makes good evidence for those that say she’s not what she makes herself out to be as well.

Most recently, the Senator’s progressive stance again came into question while FOSTA (the Allow States and Victims to Fight Online Sex Trafficking Act) was being pushed through Congress. Harris supported the bill that many in the sex work industry claimed would have detrimental consequences. The purpose of the law is to give authorities the ability to shut down sites like Backpage and Craigslist to quash trafficking and underage pimping. Sex worker and advocacy groups protested the law because these sites give them financial freedom from pimps and let them field work which has saved many from traffickers and the dangers of street walking. Opponents of the bill have stated that sites that offered sexually explicit ads are not the den for traffickers and underage sex workers that some make them out to be.  With sites like Backpage (which was seized by the FBI even before the bill was signed into law) shut down, sex workers again have to resume old, dangerous habits.

Thanks for Coming to my TED talk

So, my white friends, please listen to me when I say that you don’t want, “voted for Kamala Harris” to be the end of your “I’m not racist, I-” sentence, okay? I’m not officially endorsing anyone. I’m just saying that if you’re looking for a Democrat that’s going to do right by people that look like you and people that don’t, do not support Kamala Harris. She is not the progressive political savior you’ve been waiting for, not to mention that sooner or later someone’s probably going to bring up her shady foray into politics. As a Texan I’m currently doing my research on former Senate hopeful Beto O’Rourke and rising star Julián Castro, so just in case Harris isn’t even a viable option for the Democratic pick in a few months, maybe you can start your search there.

No, you still can’t touch my hair,