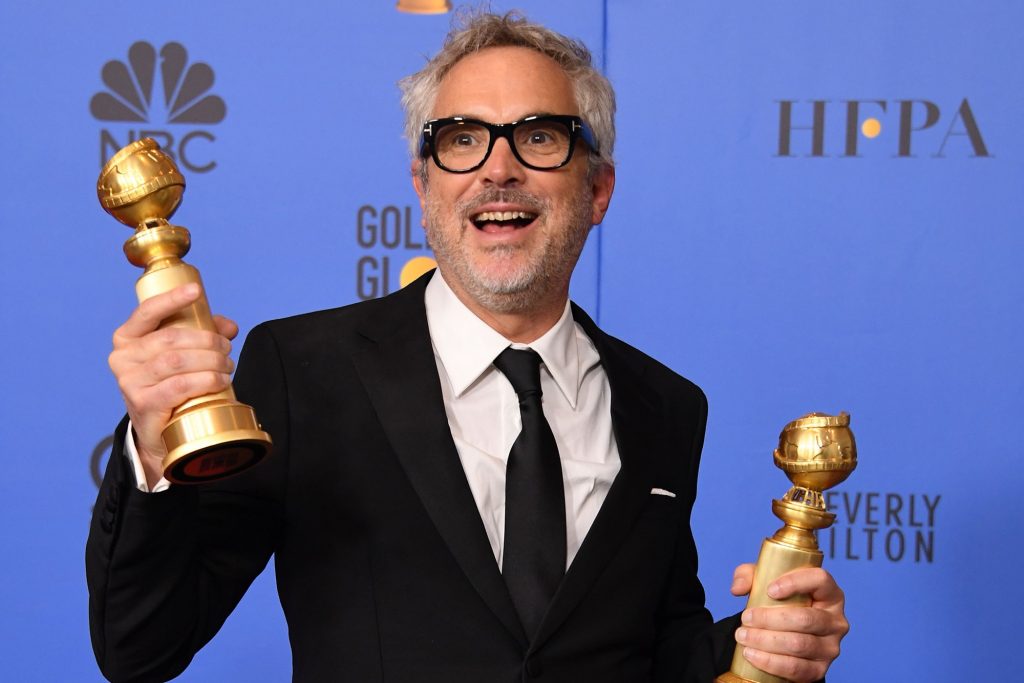 When I was four years old, I was diagnosed with Asperger’s syndrome, a form of what’s now known as autism spectrum disorder (ASD). That means I’ve lived with autism for over 20 years now. That obviously doesn’t make me an expert on the condition, but I still feel I have both a right and an obligation to weigh in on a vital issue impacting my community.

The 91st Academy Awards are airing this Sunday. Roma—the latest movie from Mexican auteur Alfonso Cuarón—looms large amid the top awards contenders at this year’s show. Cuarón’s story of a maid living in Mexico City in the early 70s is up for Best Picture, Director, Original Screenplay, and Foreign-Language Film, plus six other trophies. That ties it with Yorgos Lanthimos’ The Favourite for this year’s most nominated film. But I’m more interested in discussing a film Cuarón made a decade ago this year—a short film entitled I Am Autism.

Cuarón directed I Am Autism as a commission piece for the nonprofit advocacy organization Autism Speaks. The short has generated plenty of controversy since then, and for good reason.  It’s one of the most vicious, hateful pieces of ableist propaganda ever committed to film.

The first half of the film consists of home video footage of autistic children in various settings. Menacing ambient sounds drone in the background as a deep, sinister voiceover—representing—autism, threatens the families of children on the spectrum.

“I work faster than pediatric AIDS, cancer, and diabetes combined,” the voice intones. “And if you’re happily married, I will make sure that your marriage fails. Your money will fall into my hands, and I will bankrupt you for my own self-gain.

“I don’t sleep, so I make sure you don’t either,” it continues. “I will make it virtually impossible for your family to easily attend a temple, birthday party, or public park without a struggle, without embarrassment, without pain.”

This film is pure hate speech. Juxtaposing images of autists with a stereotypical “scary” soundtrack and voiceover paints them as malevolent beings. The ad likens autism to an AIDS-level epidemic without a cure. This implies that there’s something inherently wrong with autistic people—that they’re broken things that must be fixed. Propagandists in Nazi Germany literally used the same rhetorical tactic to convince the public of the need for a “Final Solution.”

As if all that wasn’t dehumanizing enough, the second half brings in the families of the various autists. We hear their voices respond to autism’s threats by promising to fight against it, to “spend every waking hour trying to weaken” it.

“I am a parent riding toward you, and you can push me off this horse time and time again,”  one father swears, “but I will get up, climb back on, and ride on with the message.”

“We are coming together in all climates,” the chorus jabbers on. “We search with technology and voodoo and prayer and herbs and genetic studies and a growing awareness you never anticipated.”

Sweet, right? All those families coming together to fight off mean old autism? But look more closely and you’ll notice a sinister trend in the film’s language. When autism makes threats, they’re aimed at the families. The families clap back, boasting that autism is no match for them. Either way, the short always focuses on how autism impacts the families of autists and not the autists themselves.

Dwarfed by their families, the children fade into the background, becoming footnotes in their own stories. Cuarón and Autism Speaks don’t care about children with ASD—they care about making life more convenient for their parents. That the ad dehumanizes these marginalized children in service of its “positive” and “hopeful” marks the apex of its cruelty.

I do not deny that many autistic children struggle with serious issues, including public meltdowns, heightened sensitivities to sound, and nonverbal/antisocial behavior. And I also do not deny that these issues can cause their families grief and hardship. But to frame autism as a social menace with this sort of deliberate scaremongering doesn’t help anything. It’s cruel and unnecessary, and it only proliferates society’s negative attitudes towards the differently-abled.

Autism Speaks has its own unpleasant history of ableism. In addition to their classification of autism as a disease, they’ve played an instrumental role in developing the myth that vaccines cause autism. They spend relatively little of their financial resources on actually helping autistic people. What’s more, founders Bob and Suzanne Wright are longtime friends of President Donald Trump—who, let’s face it, doesn’t have the best track record in terms of sticking up for the disabled.

The Autistic Women & Nonbinary Network has gone so far as to label Autism Speaks a hate group. They cite definitions of the terms by the FBI and the Southern Poverty Law Center. It’s not an unfair classification, considering how much animosity the organization generates towards the people it’s ostensibly trying to help.

In recent years, Autism Speaks has backtracked on some of its more controversial views. They’ve removed the word “cure” from their mission statement, added actual autistic people to their board, and presented scientific evidence disproving a link between vaccines and autism.

But it’s all too little, too late. Thanks to them, the stigma against autism has already spread to a point where it may never reverse. They’ve done their damage.

Cuarón’s use of his platform as a prominent filmmaker to support Autism Speaks makes him partially culpable for this damage. The director himself is the parent of an autistic son. In a 2009 interview, he mentioned that his son Olmo, then age four, was “getting over the condition,” which he referred to as “a worldwide epidemic.” I find it terrifying to think of an autistic child being raised by a man with such poor regard for those on the spectrum.

I’m not saying Cuarón isn’t a gifted filmmaker. I don’t suggest that he doesn’t deserve to be recognized for his achievements. All I want is for the public to be aware that they’re throwing their support behind a man who helped create an ableist snuff film for a glorified hate group. I want them to keep I Am Autism in the backs of their minds while they’re rooting for Roma to win big on Sunday night. And I want them to think about how they might be ignoring their own prejudices.

More importantly, I want everyone to recognize that autistic people are just that—people. We are not broken. Our condition doesn’t make us a burden to humanity. Our imperfections and quirks don’t dictate our worth. We are human, and we deserve to be treated as humans.