Netflix Gave Us the Best Film of 2018, So Spielberg and Nolan Should Kindly STFU Now 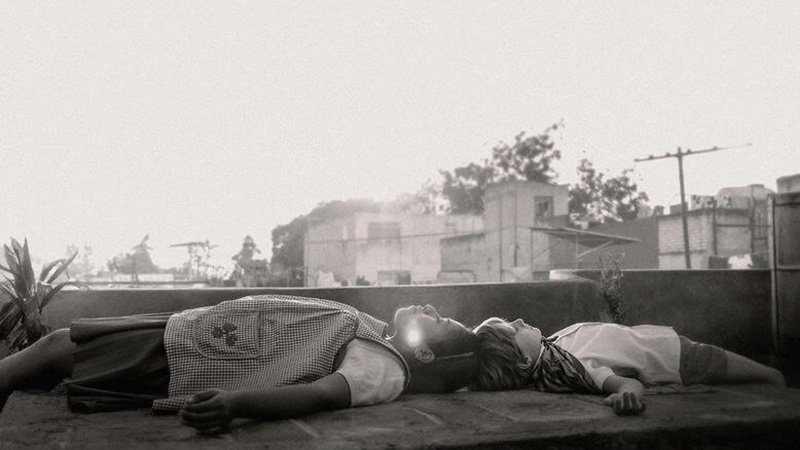 Netflix and Alfonso Cuaron teamed up to give audiences arguably the best film of the year: Roma. It’s a fucking work of art, and if you haven’t seen it yet, stop reading and go watch it on Netflix (actually please finish reading and then go watch).

It also just picked up ten Oscar nominations including Best Picture and is poised to win the bulk of them. Aside from this, a big win that night could also finally disrupt the Academy’s long-standing habit of shutting out films that didn’t have theatrical runs and instead were released to streaming services.

So all of this really makes me want to ask Steven Spielberg and Christopher Nolan how they feel now about the comments they’ve previously made about Netflix.

Back in 2017, Nolan slammed the streaming platform in an interview, making the following statements (which he later apologized for):

“Netflix has a bizarre aversion to supporting theatrical films. They have this mindless policy of everything having to be simultaneously streamed and released, which is obviously an untenable model for theatrical presentation. So they’re not even getting in the game, and I think they’re missing a huge opportunity.”

Bizarre and mindless? That’s a little much. Nolan didn’t stop there though.

“I think the investment that Netflix is putting into interesting filmmakers and interesting projects would be more admirable if it weren’t being used as some kind of bizarre leverage against shutting down theaters. It’s so pointless. I don’t really get it.”

And then finally, when asked if he would ever work with Netflix, he said “no”. Well that’s that I guess.

Netflix wasn’t and isn’t trying to shut theaters down; they’ve simply been trying to let both theaters and digital platforms co-exist. Their model is successful and gives directors a platform for creative freedom, unshackled by the demand to put out audience-friendly content and break even at the box-office. (see: Beasts of No Nation, Okja, The Meyerwitz Stories).

In terms of acquiring and distributing Roma, this was more of a play for legitimacy than offering creative freedom to a director. Trust me, Alfonso Cuaron did not need Netflix. But Netflix needed him. The streaming service has long been vying for an Oscar for years now and for various reasons. It retains current customers, ropes in new customers, bolsters their mission to support creative artists, acts as a counter to their oft-derided original content, opens new mediums for collaboration with A-list filmmakers, and establishes themselves as a major player in Hollywood and the awards circuits.

But Spielberg’s comments on Netflix were even harsher. At a presser last March for Ready Player One (which was a piece of shit, no less), he essentially said that any film distributed by Netflix should not qualify for an Oscar because Netflix is a television platform, and therefore those films should only qualify for Emmys.

If he’s in the audience the night of February 24th, I would love for the camera to be on his face if and when Roma wins Best Picture.

He also weighed in on the “fake release” controversy that has surrounded Netflix for years, saying,

“I don’t believe that films that are given token qualifications, in a couple of theaters for less than a week, should qualify for the Academy Award nomination.”

This refers to Netflix’s habit of releasing its films in theaters for a minimum seven-day run in the minimum number of theaters required by the Academy in order for a film to be Oscar-eligible. This is also on top of Netflix pissing off large movie chains by eschewing the 90-day agreement chains have with distributors that restrict a film to only being shown for 90 days in theaters before being released elsewhere.

Again, these are damning remarks but again, from a filmmaker who exists today but holds dear what made yesterday’s Hollywood and movie-going experience so special.

It may seem redundant or irrelevant to dredge up old comments from Spielberg and Nolan, but now that Netflix actually has a genuine knock-out that can actually finally win what it’s wanted for so long, I can’t help but wonder how both Nolan and Spielberg feel now, or even feel about the film itself. Are they turning their nose up at it? Have they lost respect for director Alfonso Cuaron (who by the way still plans to screen the film in theaters)? Do they believe Roma is less of a film because it was made available on Netflix before in theaters?

I may never get the answers to those questions.

But I imagine if Roma wins big on February 24th, Netflix will come out swinging and continue to try to distribute awards-contenders year after year.

Buckle up, Steve and Chris.