A quick overview of the weird movies of 2019 part one 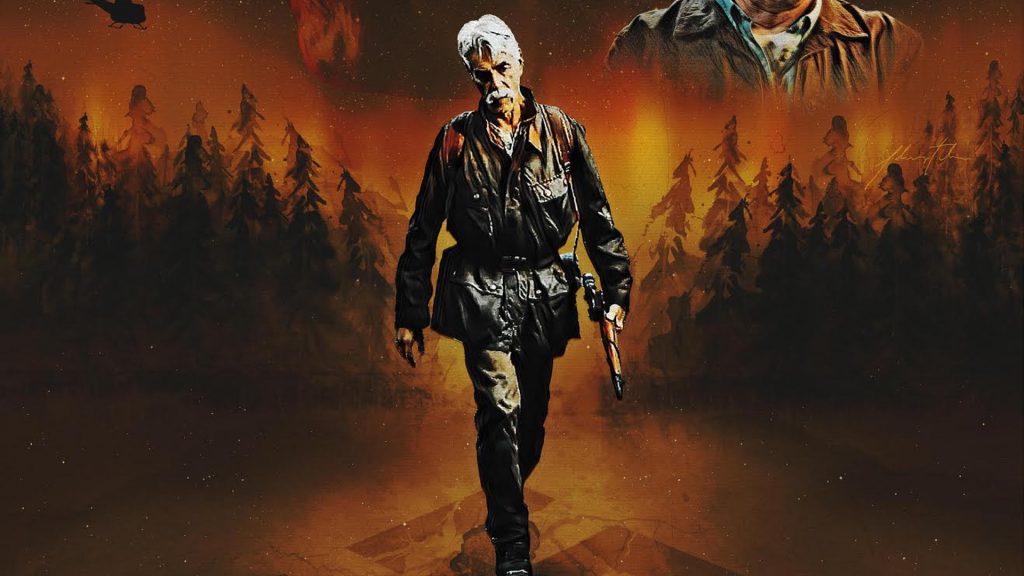 As we said last week, the slate of 2019 studio releases is pretty loaded towards gigantic box-office smashers. Luckily for people who aren’t in the mood to see stuff explode while shoving popcorn into their mouth, there’s a full roster of smaller scale stuff hitting big screens over the next several months to provide plenty of variety—and damn are these movies varied. Whether you’re looking for three generations of Shaft detectives, or if you want to see Snoop Dog and Jimmy Buffet in the same movie, or if you want to see a guy kill Hitler and then Bigfoot, we’re gonna cover some of the weird movies of 2019.

Matthew McConaughey has made a movie with Jonah Hill, Snoop Dog, and Jimmy Buffet

No one seems 100% on what The Beach Bum is really about. What is obvious is Matthew McConaughey has moved in the opposite direction of True Detective and Dallas Buyers Club—he’s back to playing a surf rat in R-Rated comedies. Even stranger? The supporting cast, which in addition to the names above, contains Zac Effron and Martin Lawrence. Five-time Oscar nominee Julianne Moore is also associated with this madness. Take a look:

So there’s a coke-addicted parrot, a blind pilot, and a whole, whole ‘lotta weed. This just looks like some of the finest actors on the planet hanging out with people they enjoy having fun with. That’s not the average set-up for a movie, but not every movie bills its main character as “a poet named Moondog”. It looks to be the closest thing to a vacation as you can take in 90 minutes, and considering this is coming from bizarro-art house aficionado Harmony Korine, expect some craziness.

Okay, so usually when Brad Pitt is in a science fiction movie, things do explode. A Brad Pitt space feature doesn’t sound like the “reprieve from blockbusters” promised at the start of the article. But Pitt’s upcoming movie, Ad Astra, seems pretty far removed from big blockbuster territory.

For one thing, it’s directed by James Gray. Gray’s last feature, Lost City of Z, was bravura filmmaking at it’s finest, centered around a true story of Amazonian exploration in the early 1900’s. The film, despite its scope, also managed to keep an intimate focus on the characters. James Gray can handle action sequences, but he stays focused on emotions as well. Ad Astra, says Gray, is “kind of a Heart of Darkness story about traveling to the outer edge of our solar system”. Edge of the solar system? Sure, that’s blockbuster-y. But Heart of Darkness really isn’t. Nonetheless, Gray’s ability to balance human emotion with spectacle is top-notch.

The setup is that Brad Pitt’s character heads out to find his father who disappeared looking for aliens near Neptune. His father is played by Tommy Lee Jones, a guy who is usually brought in to add some dramatic heft. There may be some eye popping visuals, and there will probably be a big set-piece or two, but this sounds like the opposite of Transformers style whizz-bang popcorn sci-fi. Count us in as excited.

Sam Elliott is going to kill Hitler and then Bigfoot…

Will there be campy elements? Well, he has to kill Hitler and then The Bigfoot, so there almost has to be some level of camp. It’s tough to kill Hitler and then The Bigfoot and keep a totally straight face. If the title makes it sound like an elaborate joke though, that’s not the tone the trailer is showing off. Sam Elliott doesn’t usually show up just to kid around. So please watch.

The new Shaft movie has a whopping three John Shafts

Way back in 2000, Samuel L. Jackson took on the iconic mantle of detective and bad mother *shut-your-mouth* John Shaft. In that film he played the son of the original Shaft. At a time when reboots are all the rage, this new Shaft is keeping the universe intact. Samuel L. Jackson will be back, as will original Shaft Richard Roundtree. The main focus will be on Samuel L. Jackson’s son this time around as he asks for his father’s help investigating the death of a friend.

While Shaft does have considerable box office appeal, hype for this one seems to have gotten a little lost in the giant franchise marketing machine. It’s a shame; the world could use a whole lot more Richard Roundtree, and Samuel L. Jackson out there kicking ass is never a bad thing. It’s unlikely anyone ever said “I wish there were a Shaft movie with three Shafts” before, but now that you know it’s coming, you probably want it.

There’s plenty more on the way…

These are tame compared to some of what 2019 has in store. A dance-techno-horror movie about a rave gone wrong. A hush-hush whodunit from one of the biggest directors out there. Robert Pattinson and Juliet Binochet’s high-concept sci-fi cosmic-sex thinkpiece on reproduction and parenting. The project that might genuinely be Nic Cage’s most insane (hint: it’s gonna beat Mandy). We’ll get to those next week.