Why We Still Need More Diversity In Our Superheroes

When superhero movies first started becoming popular, the leads were nearly all straight white men. As time has passed, we have started to see more diversity. Most notably is Black Panther which featured a black male lead as well as numerous black supporting cast. Black Panther has definitely become a cultural phenomenon and socially significant. The popularity and importance of that film is a good case for why diversity in these types of films is important.

While some people may argue that these things don’t matter that much because there are more pressing issues in the world, Black Panther is a great reminder of how the stories we tell shape us both as individuals and as a society. Seeing stories that represent us can change the narrative for minority groups to something more positive and complex on both a personal and public scale.

Feminist heroes are here, but we need more

Other than Black Panther, we’ve had Wonder Woman as the first really significant superhero movie with a female lead. In March, Marvel will finally have their first female superhero lead movie with Captain Marvel. Wonder Woman is another example of why diverse superheroes are important. Many women reported crying or being really overwhelmed while watching the No Man’s Land scene in that film as they were so inspired by finally seeing a woman be the hero — not just in a support role.

No lie — I cried during the fight scenes. Seeing Wonder Woman & Amazons tear it up on the big screen was everything kid me would've wanted. https://t.co/TAxxNZOjia

These additions to the canon world of the MCU and the DCEU are really important. They have shown naysayers that these films can be wildly successful, hopefully paving the way for more representation in future blockbuster films. However, we still have a ways to go.

Where are the queer superheroes?

One glaring lack that many people have noted is that there are no LGBT+ characters in any of the major superhero films. There has been some representation of queer folx in television series such as Marvel’s Runaways, but, as far as the films go, no such luck. The closest we’ve gotten so far is Taika Waititi and Tessa Thompson revealing that they almost tried to make Valkyrie somewhat visibly queer in Thor: Ragnarok, but this still isn’t representation. It’s just talking about it after the fact.

Deadpool is arguably the only character in Marvel films that has shown queerness to some obvious extent, but even that representation is debatable. Deadpool is shown flirting with and hitting on Colossus in Deadpool 2, but since Deadpool is an irreverent character, these type of jokes can be interpreted different ways depending on the audience member’s point of view. So, despite there being many fans who see queerness in some of these characters, and the prevalence of shipping, especially with subtextual relationships, superhero movies refuse to show anyone as LGBT+. Take the one between Steve Rogers and Bucky Barnes as the example, the two spent much of Captain America: The Winter Soldier reiterating the line “I’m with you til the end of the line” while gazing intensely at each other. If that kind of energy and narrative was between a man and a woman, it would definitely be a perceived as a romantic relationship.

Hope begins with a hero. Check out this special look at Marvel Studios’ #CaptainMarvel! In theaters March 8. Get tickets now: https://t.co/mQgwX2qGh1 pic.twitter.com/lcBdpysxiC

The more representation, the better.

It would also be influential if a film would make a woman of color the lead of a film, and seeing a disabled actor in one of these movies would also make a big impact. Clearly, it’s still important to have more diversity in these films as the majority of the leads are still men and mostly just straight white men. There are characters in comics to draw from. Storm has been a leader in the X-Men world for years and would make a great lead to a movie. Iceman had a coming out storyline and could be featured in a future Marvel movie once they take over the X-men franchise. America Chavez from The Young Avengers, who is the first Latin-American LGBTQ Marvel character, would be a strong focal point or addition to a future film or TV series.

And, while strides have been made to show more gender equality in the films and focus less having the women there to look good in tight outfits, that too still needs progress. In Aquaman, for example, Mera’s outfit seemed to be once again more there for the male gaze than practical, and she was clearly the more capable character yet was delegated to the supporting role. But the film should be recognized for having another man of color as the lead of that movie. Sometimes the issue of representation is rather complicated, across not just one film but the entire universe these brands are building.

Minority groups deserve to see themselves represented on screen in meaningful ways that allow them to visualize themselves as the hero of the story. Seeing diverse representation in these blockbuster superhero films also normalizes and humanizes diverse groups in a way that has an impact on society. 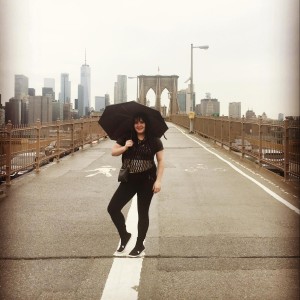 Marvel and diversity: Avengers: Endgame illuminates the road behind and road ahead