The Mueller report and the House subpoena

It was May 2017. Former Attorney General Jeff Sessions had just informed President Trump that a special counsel had been appointed to investigate potential ties between President Trump’s campaign and Russian interference in the 2016 Presidential election. “This is the end of my Presidency,” he said, slumping back in his chair.

President Trump could still be right about that. A heavily-redacted version of the long-awaited Mueller report was released Thursday by Attorney General William Barr. It contains 448 pages of unequivocally bad news for President Trump—but it stops short of accusing him of criminal wrongdoing.

Previously, Attorney General Barr had declared that Mueller found “no collusion” during the special counsel’s two-year investigation. Barr received Mueller’s report on March 22nd and detailed its main findings in a summary sent to Congress on March 24th. “[T]he investigation did not establish that members of the Trump campaign conspired or coordinated with the Russian government in its election interference activities,” he wrote.

At his spin-before-release press conference on Thursday, Barr repeated President Trump’s mantra. “No collusion,” he said multiple times. However, “collusion” is not a federal crime or commonly used legal term. Barr is coming under heavy fire from media outlets for seemingly allying with and defending President Trump and cherrypicking parts of the report that casts the President in more innocent light.

"Attorney General William Barr’s cheerleading for President Donald Trump on Thursday morning was entirely inappropriate, and forces the question of whether a cover-up is underway."#BarrPressConference #BarrReport https://t.co/6dUFx1xd67

The Mueller report reveals the shady conduct of President Trump and his associates in immense detail. While Barr is correct that the report found no conclusive evidence of conspiracy, Mueller finds that Trump’s campaign advisers had a host of ties to Russia. The report chronicles the many suspicious interactions that seemed to point to conspiracy.

The special counsel’s probe included a criminal investigation into obstruction of justice charges against President Trump and his associates, advisers, and staff. This portion of the Mueller report is potentially devastating for President Trump.

“If we had confidence after a thorough investigation of the facts that the President clearly did not commit obstruction of justice, we would so state,” Mueller writes. “We are unable to reach such a judgment.”

Mueller’s team considered absolving the President of obstruction of justice—but decided to go out of their way to avoid exonerating President Trump. The report makes clear that President Trump tried to impede the special counsel’s investigation. It indicates that all that prevented a criminal prosecution was the Justice Department’s policy against indicting sitting presidents.

The report describes eleven episodes of obstructive conduct. A case against the President would likely center around the firing of James Comey, President Trump’s efforts to fire the special counsel, his attempts to get then-Attorney General Jeff Sessions to ‘unrecuse’ himself from oversight of the Russia investigation, his efforts to influence Michael Cohen’s testimony, and his attempts to cover up and misrepresent the infamous June 9, 2016 Trump Tower meeting.

However, Mueller consistently refrains from coming to a conclusion about whether any of these acts constitute criminal obstruction of justice.

Early this morning, Nadler said the subpoena will be coming “in the next few hours”, and just shortly after it very well did. “My Committee needs and is entitled to the full version of the report and the underlying evidence consistent with past practice,” the statement from Nadler said. “Even the redacted version of the report outlines serious instances of wrongdoing by President Trump and some of his closest associates. It now falls to Congress to determine the full scope of that alleged misconduct and to decide what steps we must take going forward.”

Rep. Jerry Nadler: "Attorney General Barr appears to have shown an unsettling willingness to undermine his own department in order to protect President Trump. Barr's words and actions suggest he has been disingenuous and misleading in saying the president is clear of wrongdoing." pic.twitter.com/yzDz07Cqdw

Congress will be the ultimate arbiter on whether or not President Trump abused the powers of his office. Let’s also not forget the formidable gang of investigators in the Southern District of New York, who some think could be an even bigger threat to President Trump than Mueller and Congress. Regardless of the Mueller report and its outcome, what we’re sure of is there is still a long road ahead in terms of the President’s legal woes. 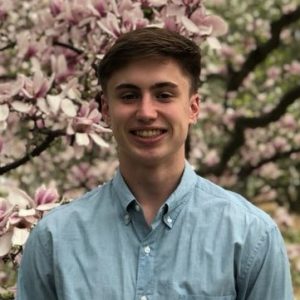