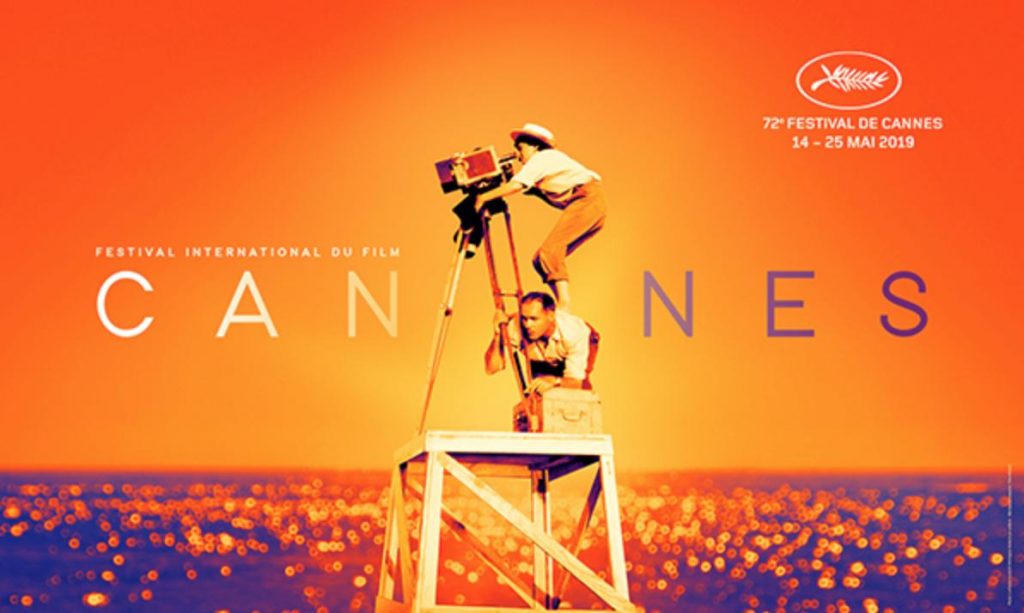 Cannes Film Festival, an eleven-day film buff’s dream, is often considered the official commencement of award season. Last year’s festival saw the premiere of Spike Lee’s Oscar-winning BlacKkKlansman, Pawel Pawlikowski’s Cold War and Hirokazu Kore-eda’s Shoplifters, so there are several reasons to be excited about the slate we have ahead of us.

Alejandro González Iñárritu will be this year’s jury president, and there is a ridiculous crop of films making their way to the French Riveria in May. Below are the five titles that will be at Cannes, some in competition and some not, that we’re most excited for.

Jim Jarmusch’s zombie comedy, The Dead Don’t Die, has been selected as the festival’s opening film, debuting to Cannes attendees exactly one month before its June 14th domestic release date. If the wacky premise doesn’t scare up some excitement, the stacked ensemble will. The film stars Adam Driver, Bill Murray, Chloë Stevens Sevigny, Selena Gomez, and Tilda Swinton among many others. The Dead Don’t Die promises “the greatest zombie cast ever dissembled” and it would be very hard to prove otherwise with the plethora of names attached.

Based on the first trailer, it appears closer in DNA to Jarmusch’s Only Lovers Left Alive (a vampire flick that nabbed itself a couple of Independent Spirit Award nominations) than his latest, minimalistic Paterson (also starring Driver), although it remains to be seen whether it’s anything more than a straightforward genre flick. Part of the intrigue is to see what tricks lie up Jarmusch’s sleeves and we’ll be keenly surveying the reaction to this one.

Xavier Dolan’s last festival debut, The Death & Life of John F. Donovan, received universally negative reviews, so his upcoming effort Matthias & Maxime should at the very least aim to correct last year’s stumble. Not much is known about the film—it is a tale of friendship that Dolan stars in himself, and while other details are limited still, rising star Harris Dickinson also features in this French-language feature.

Matthias & Maxime will hopefully mark a comeback for Dolan. Two of his previous titles, Mommy and It’s Only the End of the World, earned him prizes at Cannes (the Jury Prize and Grand Prix, respectively) and we’re all hoping that Matthias & Maxime, competing for the Palme d’Or, will once again demonstrate his talent as a director and remind us why we fell in love with his directorial voice.

Arguably the biggest film confirmed to be making its debut at Cannes is Rocketman, Paramount Pictures’ Elton John biopic starring Taron Egerton as the iconic artist. With its world premiere at the festival coming less than a week before its UK release (and two weeks prior to the US date), it arrives at a crucial time that could potentially seal the film’s fate; rave reviews could drive it to sunny highs while anything more middling or negative could lead to an unsuccessful launch. Since it aims to be summer box office counterprogramming, Rocketman will need all the acclaim it can at Cannes to be successful.

It also doesn’t help that it’s under the immense pressure of following in the footsteps of Bohemian Rhapsody, which—while stirring furious controversy in the process—earned itself four Oscars.

Sorry We Missed You

It’s fair to say that the world (and most notably the UK, with its shambolic Brexit) is in quite a sorry state at the moment, so a new film from Ken Loach—a director known for tackling social issues with unparalleled force—is a captivating idea. Sorry We Missed You follows his Palme d’Or-winning effort, I, Daniel Blake, and he reteams with regular collaborators writer Paul Laverty and producer Rebecca O’Brien. Filmed in Newcastle, Sorry We Missed You tells the story of a family battling against debt since the 2008 financial crash.

Loach has a chance here to reclaim his Palme d’Or title, competing in the main competition, and while he appears to be a director uninterested in award recognition, the attention received by a win here would propel Sorry We Missed You even further into the social conversation. We can’t wait to see what Loach has in store for us with this one, particularly given the response to I, Daniel Blake in 2016.

Once Upon a Time In Hollywood

Its name was missing from the official lineup announcement earlier this week, but it’s heavily speculated that Quentin Tarantino’s mega-hyped Once Upon A Time In Hollywood is to make its long-awaited premiere at Cannes next month. If rumors are to believed, the slot is ready and waiting for Tarantino to nail down post-production in time; festival organizers were supposedly eyeing up Greta Gerwig’s Little Women remake as an alternative replacement, should …Hollywood not finish in time but those suggestions have since been squashed, leaving the Cannes team pretty desperate for confirmation from Tarantino.

The ninth film from Tarantino will attract an audience with or without a festival debut, but the extra publicity will no doubt aid both the release (scheduled for wide release on July 26) and the festival. Frankly, the bigger the name, the more Cannes headlines it produces and, love him or hate him, Tarantino is as big a name as you can get. Throw in a cast led by Leonardo Dicaprio, Brad Pitt, and Margot Robbie and this starry affair will absolutely dominate Cannes coverage—if Tarantino can get it in the, ahem, can in time.

Other notable titles we’re excited for: