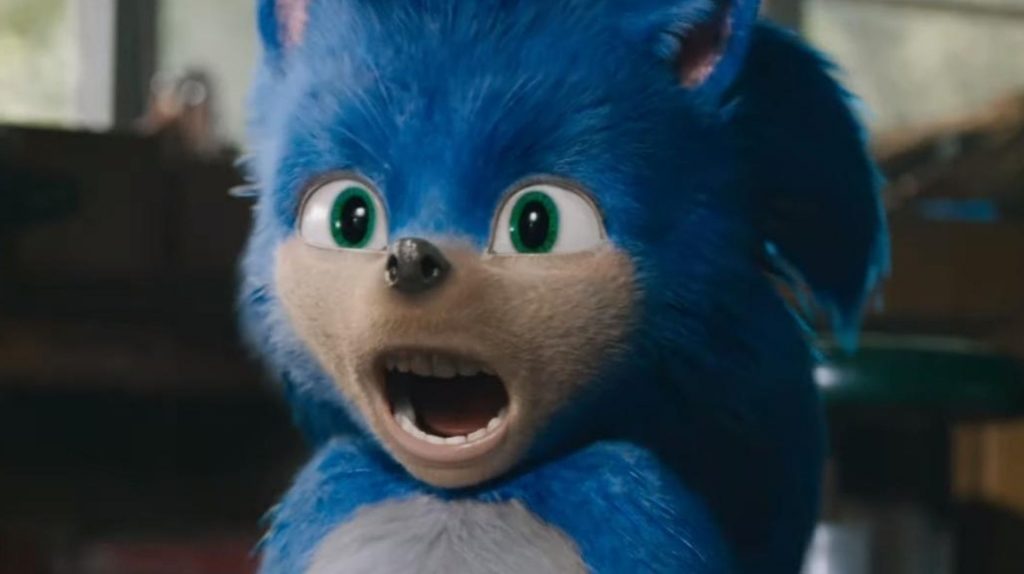 The movie that nobody asked for, Sonic the Hedgehog, finally got its first trailer today. The first glimpse of CGI Sonic was a much-ridiculed poster revealed back in December. It was a good thing that poster showed him from the back, because his face is a sight to see.

In a buddy-cop dynamic, Sonic teams up with a sheriff played by James Marsden. This duo is trying be foiled than none other than the US government and Jim Carrey. The plot of Sonic’s theatrical debut? Saving the planet of course!

While Detective Pikachu found a way to make Pikachu look cute and fit into the art style of the movie, the opposite is the case here. Sonic’s body shape and bizarre face, plus his human teeth, is a tad unsettling. The most questionable part of the trailer, and I am not kidding, is that it’s set to Coolio’s “Gangsta’s Paradise”.

The voice actor for Sonic, Ben Schwartz of Parks and Recreation fame, suits the radical, witty, and chaotic hedgehog.

If there will be any saving grace to this movie it will be Jim Carrey playing Sonic’s recurring villain Dr. Robotnik, also known as Dr. Eggman. Carrey recently has been known more for his artistry on Twitter where he routinely mocks politicians. Since the release of the Dumb and Dumber To in 2014, which did not do well with critics or fans, Carrey has largely stayed away from comedy. The cartoony nature of the film may play well to his exaggerated mannerisms and sense of humor that landed him a string of hits in the ’90s.

The CGI, outside of Sonic’s model, in the trailer is surprisingly well done. The blue blur and lightning that Sonic emits helps to blend him into the world. While the advanced technology that Carrey uses to thwart Sonic fits the blended style of realism and cartoon set forth.