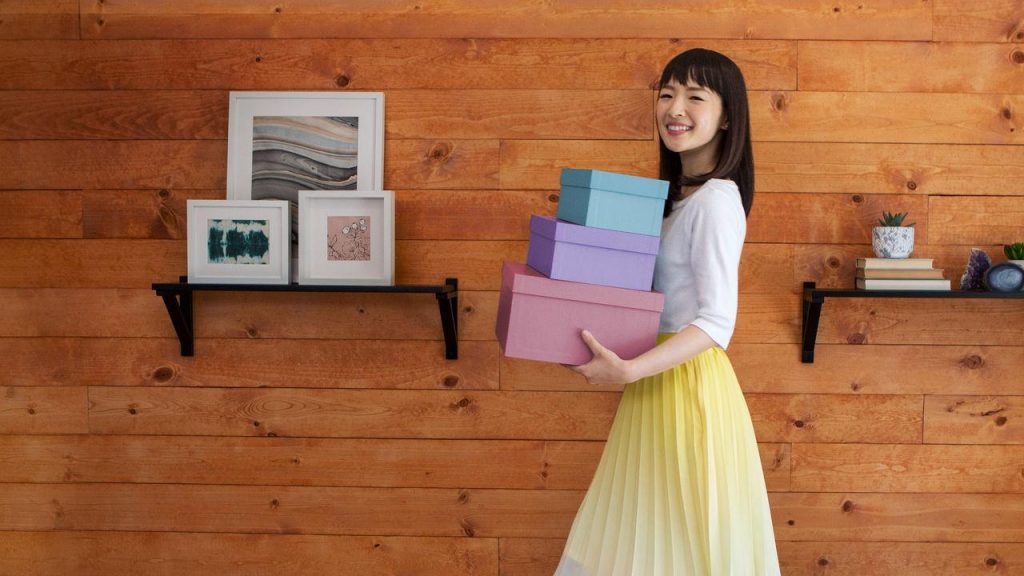 If you’ve been online in any social media platform this 2019, you probably already came across the name Marie Kondo.

For those who aren’t familiar with Marie Kondo or what she does, she happens to be the best-selling author of the book The Life-Changing Magic of Tidying Up where she talked about the Japanese art of organization—the KonMari Method. Since the book’s publication in 2011, the method has caused quite a stir when it comes to decluttering. The premise of doing one big cleaning sweep and never doing it again has appealed to many people worldwide. It does look promising, the concept of incorporating tidiness into your way of living.

This method gained more traction when Netflix released the television series Tidying Up with Marie Kondo on the first day of the year. This proved to be the perfect timing as people were still very invested in their New Year’s resolutions. Many were quick to try the method out and post their personal successes online, further encouraging more people to try it out. Since the show’s release, the method has become even more popular than before.

It seems to be the perfect solution to organization problems. However, despite its worldwide success, we must acknowledge that it’s not always practical and it’s not really for everyone.

The KonMari method appears to be this new, trendy, life-changing organization method because it presents us with a completely different take on organizing.

As opposed to tidying by location or by room, her method encourages to tidy by category, which encourages us to tidy the whole house as opposed to just a small portion. By choosing to tidy up per category, the KonMari method suggests to completely discard whatever it is you don’t need before you start putting things back where you want them. The most basic rule is this – if it doesn’t spark joy in you, you shouldn’t keep it.

But let’s take time to really think about the method. Haven’t we already known that all along? All these rules and guidelines are pretty much basic. Didn’t we already know to rid our private spaces of things we don’t need and to organize our things for easier access? Haven’t we already been doing that all along, asking ourselves what we want to keep instead of deciding what to throw away? Our parents have always advised us to not keep things that we aren’t going to use.

The KonMari method set the tone for organizing for those people who haven’t really done any decluttering before, and that’s really helpful, but it just essentially repackaged all the principles we already knew and then sold it back to us. Given, Marie Kondo gave order to those existing rules and made them into something more easily palatable, but we shouldn’t really be in complete awe with the method when she just made the unspoken rules spoken.

Decluttering takes most of our time and energy. Like with anything else, good results don’t come easily. Watching the show, it seems relatively easy to do what Marie Kondo has helped people accomplish. It does take time and you’d have to fully commit weeks for it, but seeing the accomplished and decluttered households make you realize that you can do it too. However, seeing results from the show and expecting similar results from yourself is not good.

Setting your eyes on a goal and eventually realizing you can’t complete it as fast as you thought you can will be hard on you. The expectations we give ourselves mostly come from the mindset that if someone else can do it, so can we. This shouldn’t be the case because then, we will give ourselves the same deadline without considering other factors that come into play. We have to remember that Marie Kondo’s clients can commit so much of their time to their decluttering, but not everyone can do that. With jobs and other commitments that take so much of our time, we can probably only dedicate little time for it every day.

Following the KonMari method strictly might have negative effects which will lead to self-blame. Because the method entails taking out everything and continuously working on it, it will really create a big mess at first before things start looking up. It will be frustrating at first to have to come home and face a big mess every time, and it will be hard to not beat yourself up over it. This has the potential to ruin your overall mood as well as how you perceive yourself.

To combat the possibility of those happening, think of the method as a guide or a bunch of helpful tips, and then develop your own personal method that works for you. You should create a much more feasible goal and deadline specifically for you, not just something you based off of someone else. Small, achievable goals are better than one big end goal. More importantly, you should be proud of yourself every step of the way and not just at the finish line.

It’s not a one-size-fits-all rule

The KonMari method, while it is a good method for decluttering and organizing, is just not for everyone. Simply put, those belonging to different social classes would perceive tidying up in a different light.

For people with clinical hoarding issues, Marie Kondo's organizing methods may not be the best approach. pic.twitter.com/Twba7mddm0

Having a lot of things to organize in your home already hinges on the fact that you can afford to continuously buy things. For a lot of people with much lower income, there is no other option than to look the item that they already know they own. Having clutter is actually a privilege, and being minimalist is a luxury that only people with financial security and prosperity can afford. The idea of discarding things you haven’t used in a long time means that you have the capability to buy another one of the same thing should you need it. People with lower or middle-class beginnings recall the value of each and every purchase. To get rid of things and have to buy them again in the future doesn’t make sense financially because then you’d be spending for the same item again.

The mindset of keeping things only if they spark joy isn’t something that everybody can work with. Sometimes, you’d have to keep items and clothes simply because they’re practical and would cost a fortune to acquire again. Again, it would be much better to use the KonMari method as some sort of a guiding vision instead of following it rigidly. Not everything has to be done by the book and it is still up to you to decide on what things you deem worth keeping.

This 2019, we’ve actually given a lot of thought in the way we accumulate things as well as how afraid we are to let them go. In the past, we’ve probably viewed tidying up as a shallow activity and Kondo helped us see that there’s more depth to that than we initially thought. Like with any other fad, movement, or method, if you don’t like it (or if it doesn’t apply to you), you don’t have to do it. If you do like it, you don’t have to force other people to do so as well.

The best way to look at the method is this: it is simply reminding us that we hold the power over our possessions, and not the other way around. We should just live in the present and collect happy life experiences—reminded by the things we choose to keep.

Carla M. Delgado is a freelance writer and theatre practitioner. She has a penchant for getting lost in the stories she finds between the pages of a book or within theatre plays. A fan of books left unread, folders of writing attempts, Stargate franchise, and lists.