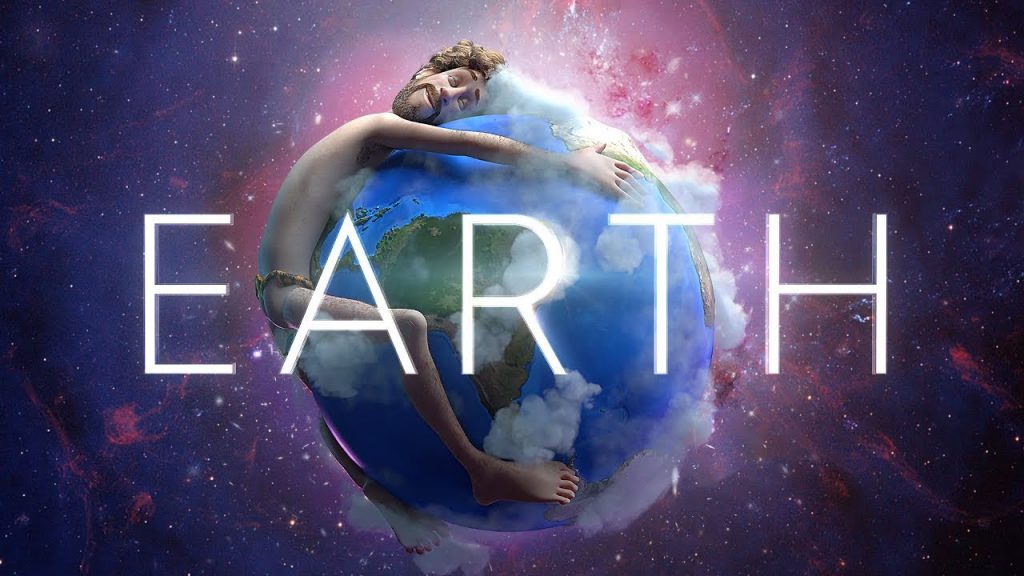 In what seems like a commemoration of Earth Day and our lovely planet, Lil Dicky released a novel yet bizarre song titled “Earth” earlier this week that’s now trending once again.

Here’s the gist: in the video, an animated caricature of Lil Dicky traverses gorgeous environs around the Earth, while handing off guest verses and choruses to various animals and plants. These verses, lines, and choruses are voiced by—you guessed it—a bunch of celebrities.

Justin Bieber voices a baboon (“Hi, I’m a baboon / I’m like a man, just less advanced and my anus is huge”), Ariana Grande appears as a zebra (“Hey, I’m a zebra / No one knows what I do, but I look pretty cool / Am I white or black?”), and on and on through Halsey, Wiz Khalifa, Hailee Steinfeld, Adam Levine, Shawn Mendez, Miley Cyrus, Joel Embiid, Torey Lanez, and more. It’s bananas. Even Lil Yachty shows up representing HPV. Yes, HPV.

The video is over seven minutes of this craziness. You can check it out below.

They, along with the Backstreet Boys, supply the chorus which is essentially a proclamation of love to our planet Earth. In the end, Lil Dicky gets serious with “Honestly everybody, scientists are saying that we have about 12 years to turn this environmental crisis around or we’re screwed. You guys wanna save the world? Of course you do. Go to the website on how we’re gonna’ do it”.

Accompanying this is a link to welovetheearth.org, a website and email list run by some of those at the Leonardo DiCaprio Foundation, an organization dedicated to saving the planet and curbing global warming.

The 12-year figure that Lil Dicky says is factually true, according to a report from the UN Intergovernmental Panel on Climate Change (IPCC) released last October.

Are Lil Dicky and his entourage’s efforts noble? I suppose. But with lines like “and I heard women orgasms are better than a dick’s” and “yeah, we like to wear clothes, girls still look beautiful / and it covers up our human dick, eat a lot of tuna fish”, it’s really not surprising how the human race ended up ruining its own planet to begin with.

I’m all for creative and new ways to rally the troops to save our planet, but I could also think of maybe two dozen better ways given the platform each of those in the video has. Adding insult to injury is that godawful chorus. Four repetitious lines of “we love the Earth” doesn’t convince anyone that we actually do, considering we’re still treating it like shit.

You could sing it four times, or one thousand times; what’s important to remember after watching this video and reading this article is that our Earth is still in massive trouble regardless of how much we love it and profess our love of it.

If Lil Dicky wants to make a song about loving Earth, fine. But you could probably outdo that effort by not drinking bottled water or no longer using single-use plastic bags. There are plenty of small changes you can make in your daily lives that could add to a growing effort to save Earth and curb climate change.