Another take on that top ten Vampire Weekend songs ranking 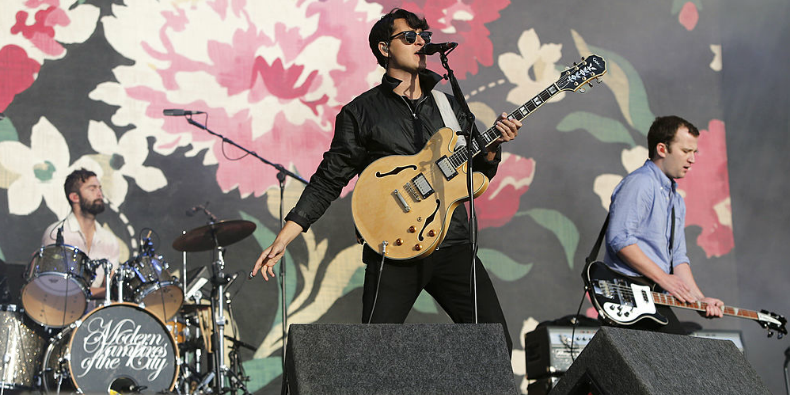 Ahhh, Tom’s Restaurant. The Quad. Running into Judith Butler in front of Butler Library. These are the most important things I learned about going to Columbia University from friends. Oh yeah, and of course, Vampire Weekend; a band that became an indie staple since the release of their first album in 2008. Last week our very own Michael Heimbaugh put together his top ten Vampire Weekend songs. However, in preparation for their newest album, Father of the Bride, I decided that the list needed another look. Presenting the top ten Vampire Weekend songs.

(Father of the Bride)

Now, some may call me choice words for making this pick. Though we’ve already told you everything you should know about “Harmony Hall,” there’s one thing that the song does that Ezra’s other musical feats haven’t; provide a proper perspective on the unsightly goings on in the culture of Ivy League universities. This is no secret, American Universities, many of the Ivy League Universities were known to purport Nazi eugenics and the agendas of many hate groups, such as the KKK. Not to mention the scientific research done at said universities at the expense of Black and Native American bodies. These influences on the culture of Ivy League Universities have all but left our highest institutions of learning today, and Koenig acknowledges the “wicked snakes” in this bop.

Mansard Roof; short, sweet, and sunny. The first single Vampire Weekend ever put out, listeners were intrigued by the new set of sounds that led to this permutation. A song that admires New York City but doesn’t sound like New York City, “Mansard Roof” embodies a feeling of standing out in a crowded place when everybody else is a buzzkill.

“White Sky” was a live fan favorite before it was ever crafted into its studio version. With samples of African beats and the glistening feeling of walking down the streets of Manhattan, the song bounces along. A feel-good indie pop singalong (once you get the lyrics down), it reserves its place on this list. Just imagine Koenig’s face when he waled into the microphone for the chorus of this song.

A fast song with a lotta lyrics. There are so many layers of meaning one could pull from such a song, I shouldn’t even begin a close reading of these lyrics. It tells a story about an Orthodox Jewish girl falling in love with an Arab man working at the Falafel shop. The songs dissents to dark tidings at its end, while maintaining its quickness. I note it here for the weight of such a song; it’s one of Vampire Weekend’s more interesting takes on the dynamic sound music can have when experimenting.

Were you to ask me of a Vampire Weekend song you should listen to, I would probably say this one most days. Lil Jon is always a good reference, and the Oxford Comma is a rule we abide by here at Qrewcial. A gentle snare jam, with a nice and twangy guitar, “Oxford Comma” is a sassy indie rock bop about grammar and pretty much everything else. In my ears, it reminds me of a surrealist take on a rock song. Goofy, but a Vampire Weekend classic for sure.

At first, the big guy here at Qrewcial—our fearless leader Nate Saienni—said “Hannah Hunt has to be on that top ten list,” but this song truly deserves its merit. Again, we could touch on the layers of meaning contained in this beautiful ballad, but I’d advise you to listen for yourself. Emotion doesn’t hide behind a quick pace in this iconic Vampire Weekend song. The song builds up to a crescendo of Koenig pleading to Hannah Hunt, at the top of his lungs of course.

We’re nearing the end folks, and before you go, please listen to Campus. One of the more polished, pop ballads on their first album, Campus tells a story based on writings from Koenig’s Columbia writing seminar. Rostam Batmanglij has the credit for most of the writing on this song, and you can owe it to him for this nice and tidy tune. The song embodies the feeling of being bored after a nice Spring afternoon class—are you missing college yet?

“Giving up the Gun”

A pop hit for the ages, Giving up the Gun was actually based on a book Koenig’s father bought him about a period in Japanese history when Western Conventions, like the gun, were barred in lieu of traditional materials, such as the sword. The heady lyrics of the song more embody a reluctance to change, a concept anybody can relate to.

Listen: Giving Up the Gun

“Ya Hey” is a feat of religious imagery and sorrowful sound. “Ya Hey” seems to be referencing “Yahweh,” another name for God, whom Koenig looks to for guidance in a time of identity crises and soul searching. The song transforms many times as it progresses, and years later I have still found many little details to pick up on in this ballad. “Ya Hey” expresses how Vampire Weekend’s songs are more like paintings in their interpretive power than music for enjoying.