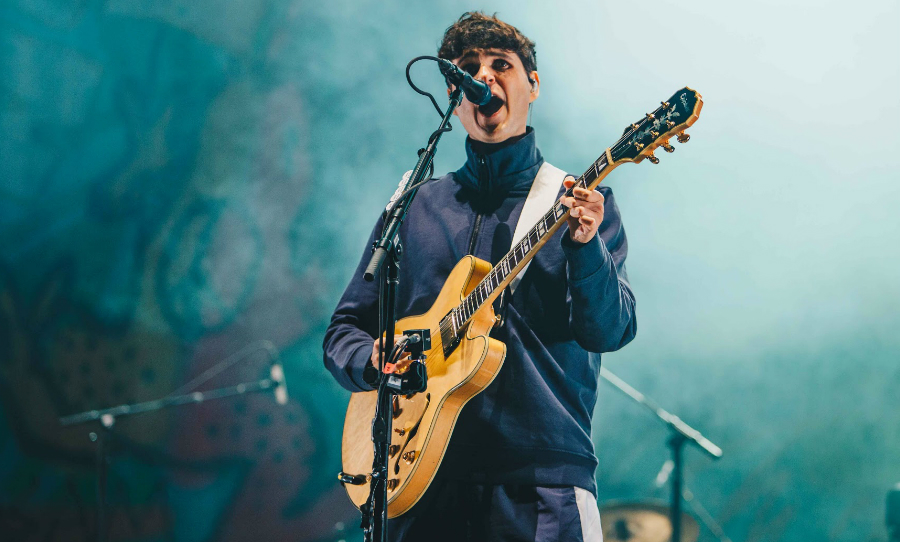 Longtime fans of Vampire Weekend will be happy to know the band has released their first single since 2013 “Harmony Hall,” along with a bonus track, “2021.” The first work since the group’s Rostam Batmanglij decided to go solo, Vampire Weekend shows us they still have some tricks up their sleeve. Band front-runner Ezra Koenig has been teasing the album on his Instagram and the band’s official Instagram for the past year nearly. Signs of new music really started cropping up last May when the band’s official Instagram posted for the first time since 2013, in a post that seems to imply that their label for the new album, Sony, was ready to give LP 4 a go-ahead.

Outside of Vampire Weekend, the members have dabbled in personal endeavors over the past five years. Koenig was featured in songs with Major Lazer, Chromeo, and SBTRKT. He put out an anime, Neo Yokio. Rostam Batmanglij separated from the band and released his first solo work since his band Discovery disbanded. Koenig also had a baby with actress and girlfriend Rashida Jones.

The lead single “Harmony Hall” sounds like a new staple in the Vampire Weekend discography. Familiar and fresh, the song longs to join itself in the series of stories told by Ezra and the band about being at Columbia University, the gang’s alma mater. The song seems to take some retrospect on their experience, however. And the stone walls of Harmony Hall bear witness, Anybody with a worried mind could never forgive the sight, Of wicked snakes inside a place you thought was dignified, I don’t wanna live like this, but I don’t wanna die, Koenig exclaims. The lyrics question the dirty legacy often tied to Ivy League institutions. Koenig connects the past and present in referencing Harmony Hall, an old dorm on Columbia’s campus. I don’t wanna live like this, but I don’t wanna die, Ezra recalls a motif from “Finger Back,” on Vampire Weekend’s last album. The polished guitar and piano melodies make for an uplifting pace that will have you tapping the repeat button.

“2021” Is short and sweet, a pretty intermission, that combines gentle synth with a bouncy lullaby. The synth was a sample from Haruomi Hosono, who created the music in the ’80s to be played in MUJI stores in Japan. Reminiscent of the intermission from Vampire Weekend’s last album, “Young Lion,” “2021” reflects on growing older.  Koenig talks about how the music seems to revolve around time when asked by NPR’s Bob Boilen. With plenty of time to reflect since the last album, Koenig says the theme comes naturally. In the linked NPR interview he claims, “It’s never totally been a conscious thing. It’s just such a classic thing to write songs about. … [Time is] the biggest regret. Yeah. It’s a mystery. It’s the unit of life.”

The singles “Harmony Hall” and “2021” are out now, and expect frequent singles until the album drops this year.