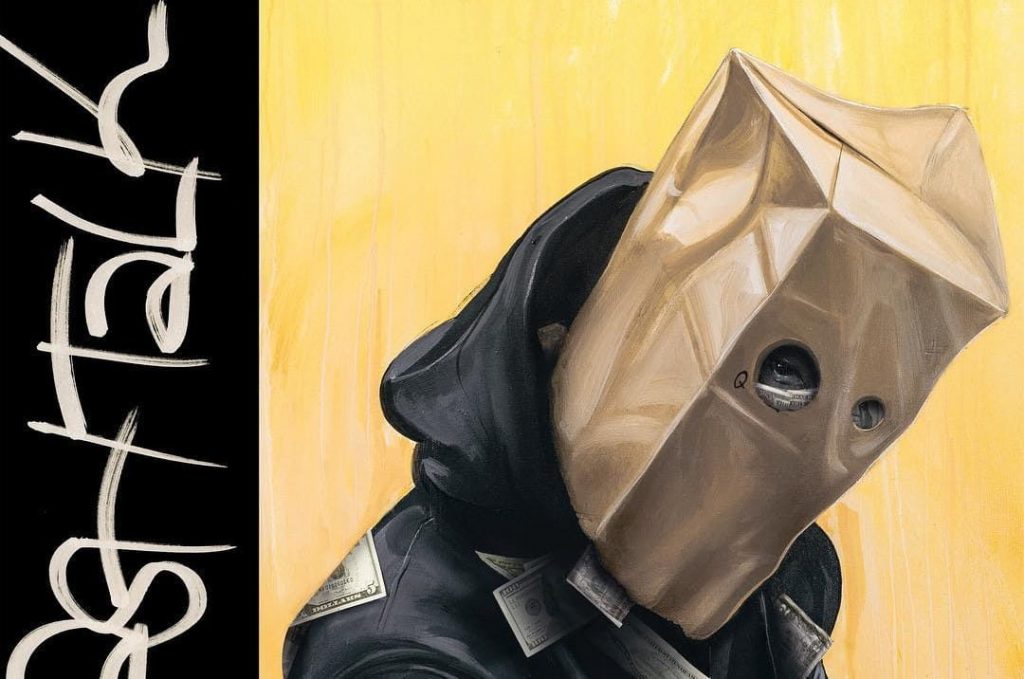 After holding back his latest album CrasH Talk out of respect for Mac Miller and Nipsey Hussle, the fifth album from Schoolboy Q, CrasH Talk, is finally here.

In just under 40 minutes, Schoolboy Q spits a little rap for all types of audiences in arguably his strongest release from the first track to track fourteen. This album like no other of his shows his ability to flow over all types of beats in all different ways knowing the perfect times to slow it down, speed it up, and pause.

CrasH Talk permeates with a largely eerie and haunted vibe which harkens back to his two independent albums. This eerie vibe manifests in the form of simple pianos, sometimes purposely warped like on “Floating” which really makes you feel like a ghost floating, or sounds on “5200” that can only be compared to the Lavender Town music from Pokémon. While this type of sound does not seem to fit “rap”, it’s where Q is at his most natural and enjoyable. The sounds really possess the listener and make them feel all the emotions Q tries to convey in his songs.

These messages, however, are hard to decipher. He never gets overly preachy but obfuscates his words just enough to leave some room for interpretation. This allows for the listener to have some questions so that they’ll keep re-listening and finding new meanings. This album is really refreshing for Q as it lacks those larger commercial overtones found on his last two albums. “CHopstix” may be the closest to a traditionally commercial rap song, understandably so since Travis Scott does the chorus.

While six of the fourteen songs have features, they are all well executed. That many features can often take an album over and turn off listeners, as it limits the amount of time for the artist to have on their own album. On CrasH Talk though, they all fit nicely to Q’s style. It is hard to try to nail down the album to one label like “gangsta rap” or “conscious”, which is not a bad thing. While Q’s past life as a Hoover Crip bleeds through heavy on the album, he also gives you a little introspection on his life while giving you lines to laugh at.

Q’s staying power in the rap game comes from his inability to be stereotyped or pigeon-holed. “CHopstix (with Travis Scott)”, “Numb Numb Juice”, “Lies (feat. Ty Dolla $ign & YG)” and “5200” are the bangers to bump in the whip.

“Drunk (feat. 6LACK)”, “Floating (feat. 21 Savage)”, “Dangerous (feat. Kid Cudi)” and “CrasH” are the laid back but hypnotic songs that enrapture the listener.

“Tales”, “Black Folk”, and “Attention” are the introspective songs for the conscious crowd.

Despite these groupings, all these songs blur the lines of all their respective categories. While that may be the best way to lump the songs together, the only thing that can do justice to them is for you to listen to Schoolboy Q’s CrasH Talk yourself.