Editorial — The United States Women’s National Team only has six months to prepare for the FIFA Women’s World Cup.

The defending champions will have a roster that looks extremely different than the one in 2015. Players like Abby Wambach, Christie Rampone, Lori Chalupny, Lauren Holiday and Shannon Boxx have retired from the national team. Meanwhile, players like Ali Krieger, Sydney Leroux, Meghan Klingenberg, Whitney Engen and, notoriously, Hope Solo were cast aside without a proper farewell. A new crop of younger players has arrived to the U.S. Women’s National Team. USWNT head coach Jill Ellis has brought up new talents like Samantha Mewis, Mallory Pugh, Lindsey Horan, and Rose Lavelle. College players are getting a shot at national team dreams, including Tierna Davidson from Stanford and Emily Fox from North Carolina.

However, the United States has run into a unique problem: too much depth.

There are countless players around the league at Ellis’ disposal, but instead, she reverts to the same old, same old. A large part of this squad will be the same squad that fell to Sweden in the 2016 Olympic quarterfinals. The only players not returning from that roster are Solo, Krieger, Klingenberg, and Engen — all defensive players. With the World Cup only six months away, it seems pretty protocol to who Ellis will have on her roster. She reverts to the same players for each call-up, rarely giving players a first call-up or appearance. It took Ellis a whole NWSL season to finally call in Danielle Colaprico, who had a career year with the Chicago Red Stars. However, I want to see more change from Ellis.

Here is my dream roster for the 2019 FIFA Women’s World Cup in France.

Goalkeepers: Out with the old, in with the new

It’s typical for World Cup-bound teams to have three goalkeepers on the roster. However, if I know Ellis by now, she’ll call in Alyssa Naeher, Ashlyn Harris, and Adrianna Franch. Then, she’ll make Naeher the starter, after she was inconsistent in the SheBelieves Cup and Tournament of Nations. One of the biggest goalkeeper mysteries in U.S. Soccer is that of Katelyn Rowland.

Rowland is a three-time NWSL champion, winning with FC Kansas City and the Western New York Flash as a backup. However, she wasn’t on the bench for the whole season, making three appearances for the Blues and six for New York. However, when the Flash was sold to and became the North Carolina Courage, Rowland became the starter over Sabrina D’Angelo.

This past season, D’Angelo and Rowland split matches, but after strong performances, Rowland took the starting nod. Not only did she finish out the season at the helm in goal, but she did the same last year when the Courage made it to the NWSL Championship game. Rowland started 18 matches for the Courage in 2018, recording eight clean sheets.

However, after all of that success, Rowland doesn’t have a single senior national team appearance. Rowland should have been called up last year, but Ellis refuses to give new goalkeepers a chance. However, Rowland is a proven winner and has completely outshined Naeher and Harris in league competitions.

Pair her up with Franch in camp, while throwing Naeher in as the third-string goalkeeper. The only starting goalkeeper competition, though, should be between Rowland and Franch, proven winners in the NWSL who are ready for the big stage.

In the 2015 World Cup, Becky Sauerbrunn was paired alongside Julie Ertz. However, now, Ertz has proven herself to be a regular starter in the defensive midfield. That’s a better position for Ertz, who is capable and well-versed in both defense and offense. Her move to the new position was fruitful, with Ertz earning USWNT Player of the Year in 2017. Now that Ertz has moved up the pitch, the search for Sauerbrunn’s partner ensued after the Olympics. Ellis has tried out a few different pairs, including Tierna Davidson, Abby Dahlkemper, and Casey Short. During a brief period this year where Sauerbrunn was injured, Dahlkemper featured alongside Davidson.

The United States didn’t have to face too many attack-minded teams this year, especially during the second half. However, the World Cup is going to be different, with powerhouse teams like France, Canada, Argentina and Australia beginning to push more offensive instead of sitting back. Even recently African qualified teams like Nigeria and South Africa don’t plan on waiting for the USWNT to control the game.

This will likely be Sauerbrunn’s last World Cup, but her pairing should be with Dahlkemper.

It’s hard to trust Davidson, since she’s only a sophomore, when her team isn’t in-season. Stanford won’t resume until the late part of summer. Meanwhile, the NWSL begins in April at the latest, with preseason preparations beginning in late February, early March. I believe that Davidson has the discipline to keep fit and continue working out. However, there’s a difference between lifting weights and game action.

Dahlkemper, a member of the North Carolina Courage, should get the nod. However, Ellis should give some other centerbacks a chance in camp, including Megan Oyster of the Seattle Reign. Another player that deserves a call-up in the near future is Caprice Dydasco of the Washington Spirit. However, it certainly won’t happen before the World Cup.

As for the right back and left back position, it’s time for Ellis’ little experiment of putting attacking players as defenders to finish. Players like Krieger and Klingenberg fell out of favor by Ellis for no reason. Krieger is still a top defender in the league and Klingenberg is a regular starter for the Portland Thorns FC. If it were up to me, Krieger would still be with the national team. However, being a realist, Ellis isn’t going to put her on the roster — so I won’t be putting her on mine.

Carli Lloyd isn’t the same player from 2015. A disaster 2017 season with the Houston Dash put Lloyd on the back-burner in plenty of USWNT camps. Lloyd has ridden the bench for the last year and a half when included. Looking for a fresh start, Lloyd joined Sky Blue FC in 2018. However, the struggles only continued, with Lloyd looking rough this past season.

If it were up to me, she wouldn’t have been on any USWNT rosters this year.

Now, I understand the importance of veteran leadership, but you don’t need Lloyd for that. Players like Alex Morgan, Megan Rapinoe, Sauerbrunn and Kelley O’Hara have that leadership and veteran presence. The young kids will learn, but they don’t need it from Lloyd.

The midfield is such an open competition in the USWNT. Danielle Colaprico just got her first USWNT appearance as a midfielder and Sofia Huerta made her debut last year, before being put in as a defender. Huerta is another example of a player ousted by Ellis with no explanation given. She was traded to the Houston Dash this season. However, Vera Pauw refused to play her as a defender to help her national team chances. Huerta shouldn’t have been moved from the midfield to defender in the first place. She’s in the same boat as players like O’Hara and Dunn, who were part of Ellis’ defender experiment.

Forwards: Go with youth up front

Picking five strikers is a hard task for any coach. However, this time, it’s fairly simple. There have been plenty of times where I’ve received a lot of hate for criticizing Tobin Heath. I have nothing against her as a person or a player, but I am all about giving the younger players a chance. Heath is a talented midfielder and striker, but if she goes to the World Cup, she should be a backup. Why? Because Jessica McDonald is on a roll.

McDonald had a monster year in the NWSL, scoring 10 goals and leading the league with eight assists. In addition to McDonald, her teammate on the Courage, Lynn Williams, scored 14 goals. Both players should be on a plane to France this upcoming summer.

Going to Washington was a big leap for Mallory Pugh. Last year, she decided to leave the University of California, Los Angeles, early to pursue an NWSL career. Even with a star-studded roster that included her, Rose Lavelle, Ashley Hatch, and Andi Sullivan, Pugh had a big-time slump.

It’s so tempting for me to put Hatch’s name on this list. She was phenomenal during her rookie season with the North Carolina Courage, scoring four goals in 22 matches. Hatch started every match that she appeared in for the Spirit. Morgan and Rapinoe are likely starting, it’s Hatch or Heath for the final spot. 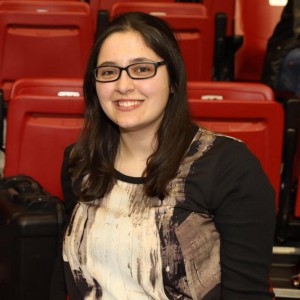