FIFA is without question one of the biggest gaming franchises of all time.

Millions of players around the world buy each yearly instalment and pump hundreds of hours into the game.

Friendships have been formed and lost from the game, and many, many controllers have been smashed due to 90th-minute winners that you swear are scripted.

However, the game is split between two warring factions. The Ultimate Team players and the Career Mode players. Both sides see FIFA very, very differently.

The game is completely tailored to their needs and the developers and community managers of EA Sports are always on their feet to make the game mode as best as it can for FUT players.

For Career Mode players, though, the story could not be anymore the opposite.

Career Mode’s last major update came in FIFA 17 in the form of transfer negotiation cut scenes and release clauses, and that’s about it.

For nearly three years Career Mode has received little to no love, attention or development — and players are starting to revolt.

For the past few weeks, #ChangeCareerMode has been a movement on both YouTube and Twitter with members of the Career Mode community addressing key issues with the game mode and that if their voices aren’t heard, they will refuse to buy FIFA again.

So what can be done to change Career Mode?

Hours of research and over 300 Twitter suggestions later, we’ve compiled a list of the most popular features that can be added to improve Career Mode for good.

In #FIFA19 Career Mode there will be full managerial customisation 🤤 pic.twitter.com/RKHEAXmfHT

Starting off is a feature every, and I mean every, Career Mode player has been crying out for since the early days of online gaming, Online Career Mode.

Imagine having a 20-team league with each team being managed by a friend as you all compete for the title. As you try to keep hold of your star man from the teams with the bigger budgets.

Think Fantasy Football or Football Manager Online but you actually get to control your destiny in the league by playing exactly how you want to play rather than letting real-world performances or a random number generator lowering your final placing.

Online Career Mode has massive potential to become a new sub-branch of eSports for FIFA, and one that can appeal to a wider audience.

The rise of eSports has led to many teams across Europe and beyond to sign eSports player and represent their club, so imagine the possibilities of an ePremier League with the actual teams.

EA will not only be creating potential new revenue streams from the game but will be rewarding long-time Career Mode fans with a brand new way to the play the feature they have stuck with for years.

Everyone loves the homegrown story.

That kid who has been with a club since they were young, climbing through the ranks, and eventually earning a spot on the first-team. So why can’t this happen in Career Mode?

Youth academies in Career Mode are simply a joke. You have to build your own academy from scratch, and scout from an extremely limited number of countries,

Taking another page out of Football Manager and Pro Evolution Soccer, every team in FIFA should have an established academy when you start a new save from Real Madrid to Cork City, and these academies should be upgradable and compete in youth leagues.

As for scouting, we can all agree the Global Transfer Network is a mess. Remember in the days before FIFA 14 when searching for hidden gems was quick and easy?

Whilst the system does add realism to the game, it simply doesn’t work for Career Mode. Scouting takes way too long, up to 28 days in some cases no matter how good your scout is, and it makes finding new players a chore rather than something exciting.

So how do you fix the GTS? Abolish entirely. Simple as that

Realism is key to building a better Career Mode for everyone, and one feature that will dramatically improve the game mode is the elimination of a maximum potential cap on every player in the game.

Each player in the Career Mode from the Kylian Mbappe’s to the Kevin Pilkington’s of the game all have a max potential rating, which is the highest rating that player can hit in a save.

Once they have hit this rating, there is no going any higher, and for some players this makes sense. Mbappe, for instance, has a max potential of 95, but there is a giant flaw in this system.

Say I have Daniel Sturridge, who is 80 rated with a max potential of the same rating, and he scores 25 goals in one season for me.

Because he has already his max potential, he will not grow no matter how well he performs, whereas someone like Marcus Rashford could score twice in an entire season and still grow to an 85 rated striker in one season.

The solution to this problem is pretty simple, eliminate the max potential cap and improve player ratings based on form. Something that Football Manager does quite easily.

This not only adds the aforementioned layer of realism that Career Mode needs, but it allows players to try out players they never imaged using before and form bonds over relatively unknown players.

This is another reason that makes Football Manager so enjoyable to players, your favorite striker or midfielder improves in rating and attributes when they actually perform well rather than having a set path already made for them.

The ‘out of nowhere hero’ is one of the reasons we love football, so add it the game to make each save unique to us players.

What game mode are you firing up first #FIFA19 🤔

⚽️Kick of your Career Mode
🚫HOUSE RULES – NO RULES
👉Straight into #FUT19
😎Pro-Clubs with the Squad
🙌Continue the Journey with Hunter, Hunter and Williams pic.twitter.com/mf4gqcO5KG

Speaking of realism, it’s safe to say Career Mode is one of the most unrealistic football simulators out there on the market.

From League Two players transferring to Brazil to Manchester United signing every single striker in the game, there is a lot of realism that needs to be implemented into Career Mode to actually make it passable.

This was easily the most popular suggestion for what needs to be done to change Career Mode, and it’s easy to see why.

The game mode is fundamentally lacking in any realism aside from the transfers and decisions you make yourself. But even still, transfers in Career Mode are just a little bit too easy.

Whilst Bayern Munich squabble with Chelsea for Callum Hudson-Odoi with a reported transfer fee of £40 million in the real world, you can pick up the same player in Career Mode for as little as £2 million.

For the same amount, you can also pick up Italian wonderkid Sandro Tonali, who has been linked with a £25 million move to AC Milan. See the problem?

Sure, you can say this is one of the elements that makes Career Mode fun, as you could potentially sign the next Lionel Messi when you’re managing Southend United. It’s fun and oddly hilarious, but where’s the realism?

As well as transfers as a whole, so much more of Career Mode remains unrealistic, and these issues can easily be tweaked to meet with realism.

Why do Manchester City, arguably the best team in Europe, suck so much and always end up in 6th place in the league? Why is it when I simulate my full strength Arsenal squad away to Boreham Wood I lose 5-0? What are Messi, Luis Suarez, and Ousmane Dembele doing on the bench in the Champions League final?

You get the picture. Realism needs to be in Career Mode, and in it badly.

One thing FIFA does better than any other football game out there is its numbers of licensed leagues.

Having the rights to the likes of the Premier League, La Liga, Bundesliga, MLS as well as both the Champions League and Europa League makes playing in these leagues and competitions unique to Career Mode.

But FIFA, and EA Sports, can go bigger.

Of course, the world of licensing is a confusing web of who owns what and what’s available, but for a company as big as EA who earned a reported $5 billion in revenue in 2018 alone, money is not an issue.

And what can be done with this said money? Acquiring the majority of the leagues that are either not in any football game at all or are simply too big not to be in anything but FIFA.

The Brasileiro, the Russian Premier League, and 99% of the teams in Africa are simply not in FIFA, largely due to PES, but EA can change this.

Not only does adding more leagues increase the player database in Career Mode, but it would make FIFA more appealing to countries where their leagues have been underrepresented, especially in Africa where no major football game has added a fully licensed league from the continent.

But why stop with the men’s game? Where’s the Women’s Carer Mode?

FIFA have done little to no innovation on representing the female side of the game since they added women’s national teams back in FIFA 16, so why not add leagues such as the NWSL and the WSL as well as the UEFA Women’s Champions League to a separate Career Mode?

This would be a massive, progressive step for women’s football as it would widen the female game to a massive audience of new fans who will be interested to see how it compares to the men’s side.

With over 300 suggestions on what can be done to improve Career Mode, of course not everything can be covered in depth, so here is a list of what should be added that would make Career Mode instantly better:

Career Mode was once the best thing about every new edition of FIFA, but since the rise of Ultimate Team the game mode has simply become a mere afterthought for EA Sports.

We the players are the only ones who can bring this major issue into the limelight, and together, we can all change Career Mode for the better. 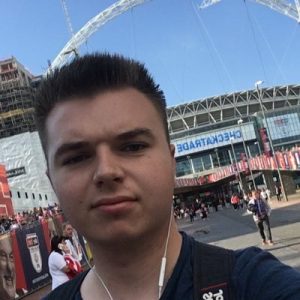