What Hulu’s Shrill teaches us about women on TV 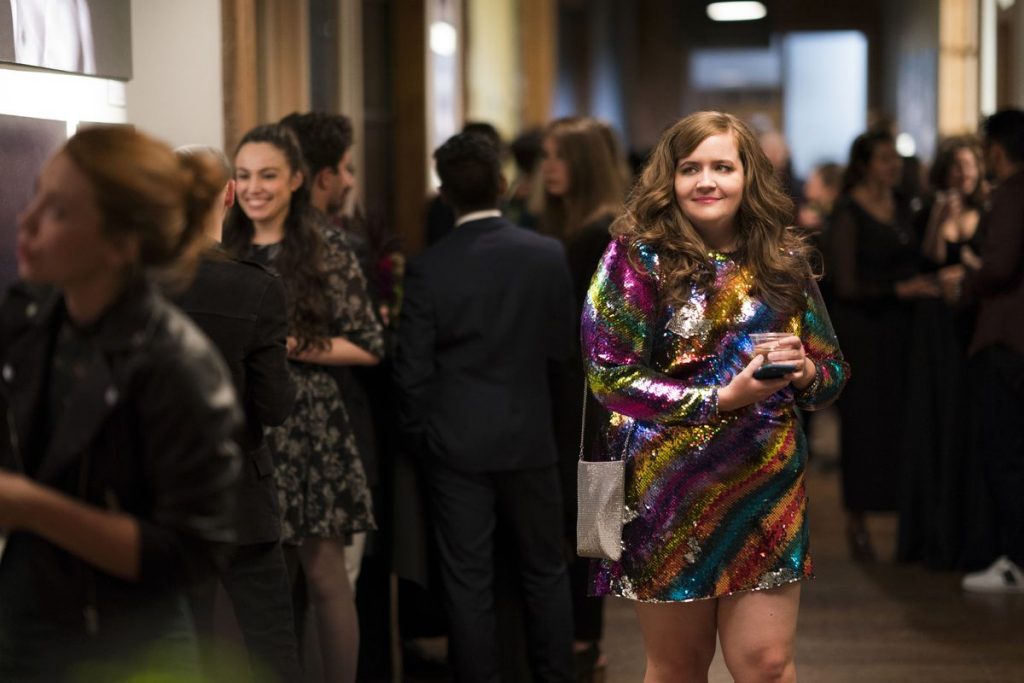 At first glance, Hulu’s Shrill comes off as a one-off social experiment—a Girlboss-esque story about a millennial woman coming to terms with herself. Then, something special happens. In the last quarter of the pilot episode, Aidy Bryant’s Annie realizes that she’s pregnant. She insistently walks up to the pharmacy counter where she purchased the morning after pill earlier in the episode and tells them that she received a false positive on a store-bought test. After the pharmacist tells her that the morning after pill is not designed for use by women over 175 pounds, Annie has to decide whether or not she should have an abortion or remain pregnant.

Annie chooses to abort and uses the experience as a catalyst for personal change. She tells the man who has been taking advantage of her that she’s done being powerless. She tells her boss that she deserves to be treated better. She stops letting people fat-shame and degrade her.

And in 25 minutes, Shrill goes from skippable to culturally significant, in part because it’s rarely been done before.

When we talk about representation on television, we usually talk about it in terms of how many instances of a certain group exists on screen. What we don’t often talk about though, is how often a character challenges the “wow” factor; how often we see a character who is groundbreaking in their attempts to be ordinary.

That’s why Annie is so important to the representation of women in television. With a few notable exceptions, Annie’s character is one of the first of her kind. She’s a plus-size woman who isn’t constantly feeling sorry for herself. She has a dysfunctional sex life just as everyone else. There’s not a moment where she suddenly becomes thin.

Every woman is different. There are countless stories to be made about women that haven’t been made yet, and Shrill is just one of the many. In an era of media that is constantly heralded as being diverse and inclusive, why is Annie’s story just happening now? Fat women exist, and they deserve to have their stories told in the honest, complex way that Shrill is told.

According to a 2017-18 report from the Center for the Study of Women in Television & Film at San Diego State University, women accounted for only 40% of all speaking roles across all platforms. Even as women’s issues are given more media space, women on television remain stagnant. With major networks like CBS and NBC, this makes sense. When looking at the values of pioneer streaming services like Netflix, Hulu, and Amazon Video, it’s clear that stories from women and about women perform well.

When looking at the women that are leading today’s most popular shows, it is clear that we aren’t where we should be. If Shrill does nothing else, it shows producers and networks that people want to see themselves portrayed in an honest and intelligent way, regardless of who they are or what they look like.

Towards the end of the debut season, Annie gets in an argument with her boss, during which he fat-shames her and tells her that her weight makes her look “sloppy”. She goes home and performs a gut-wrenching monologue about the ways in which women are told from a very young age how they are supposed to look and act. She speaks on the relationship she has with her mother, who is obsessed with dieting, as well as people who feel comfortable shaming her body to her face without remorse or empathy.

For what otherwise seems to be a lighthearted millennial comedy about a woman balancing her career with her personal life, this moment stands out. For many fat or otherwise plus-sized women (myself included), this moment is what sets Shrill apart from other shows in the genre. By not laughing off the pain, Annie shows viewers that there are real-life implications involved in basing women’s worth on their appearance.

Hopefully, Shrill fosters a new sense of innovation in television’s portrayal of women and brings more women to the forefront of programming. Hulu has done an outstanding job of centering women’s voices in their original content, even if their most popular show—The Handmaid’s Tale—is a dystopian drama that depicts women’s suffering in an especially gruesome way. It is clear that we still have a long way to go before we break through the glass ceiling of representation on-screen, but Shrill is definitely a step in the right direction.