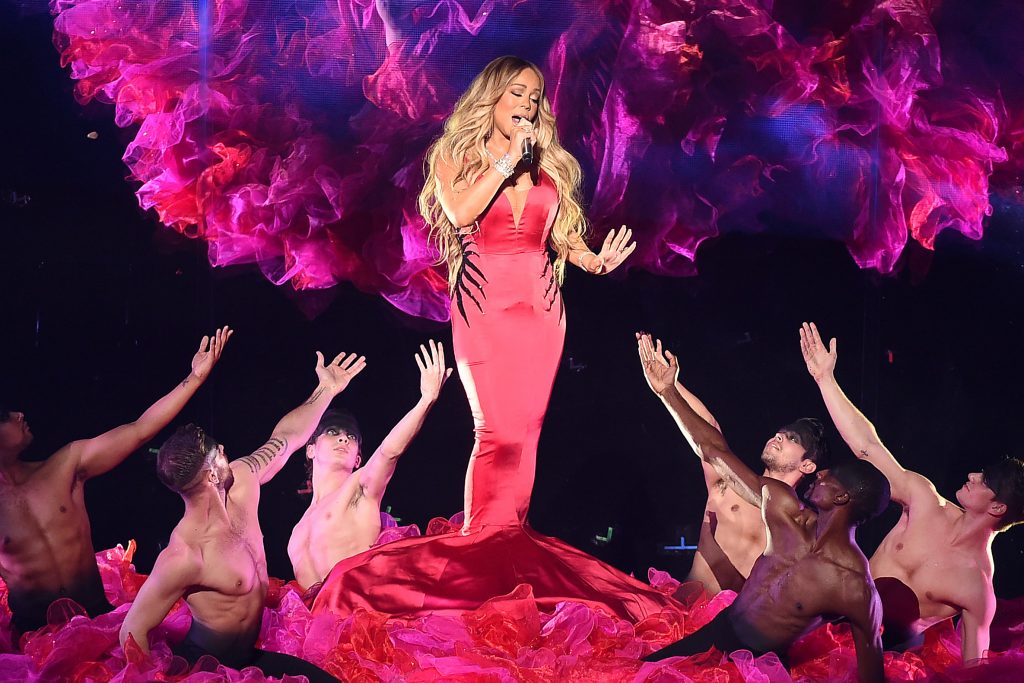 Despite the outrage and boycotting by several women’s rights campaigners, Mariah Carey performed in Saudi Arabia, becoming the first female international artist to do so in the notoriously sexist country. But has her appearance in the Middle East helped or hindered women oppressed by the Saudi regime?

Should Carey have performed in Saudi Arabia?

In response to this backlash, Carey’s publicists stated to the Associated Press that when “presented with the offer to perform for an international and mixed gender audience in Saudi Arabia, Mariah accepted the opportunity as a positive step towards the dissolution of gender segregation.

“As the first female international artist to perform in Saudi Arabia, Mariah recognizes the cultural significance of this event and will continue to support global efforts towards equality for all,” the statement said, adding that Carey “looks forward to bringing inspiration and encouragement to all audiences.”

Before the concert, the chairman of the Human Rights Foundation (HRF), Garry Kasparov, stated that “Ms. Carey’s decision to perform in Saudi Arabia severely undermines her own views on gender equality and her advocacy efforts in support of women’s rights.” He went on to state that “If Ms. Carey moves forward with this performance, she will be complicit in the Saudi regime’s attempt to detract attention away from the country’s disastrous human rights situation.”

Omaima al-Najjar, a Saudi woman and co-founder of Women for Rights in Saudi Arabia (WARSA), opined that “the Saudi government is using entertainment to distract the people from human rights abuses because it can sense the anger among the public.”

It is clear that mainstream media coverage has highlighted two hugely contrasting lines of thought on this story. The first is that Carey is performing in support of women’s rights and the desegregation movement. The second is that by performing in Saudi Arabia, Carey is indeed part of the problem. Carey and her publicists’ stance is unquestionably the minority viewpoint, with the majority of the most outspoken commentators decidedly against the singer’s appearance in Saudi Arabia.

Interestingly, this is not Carey’s first run-in with human rights activists. In 2013, HRF accused the singer of accepting “Dictator Cash” when she performed at a Gala attended by Angolan dictator, José Eduardo dos Santos. HRF reported that Carey “received $1 million to perform at the event, which raised a mere $65,000 for the Red Cross.”

Go back even further, and it transpires that Carey astonishingly performed in a concert run by the Gaddafi Clan in 2011. In her defense, she later spoke to the Associated Press:

“I was naive and unaware of who I was booked to perform for. I feel horrible and embarrassed to have participated in this mess,” she revealed. “Going forward, this is a lesson for all artists to learn from. We need to be more aware and take more responsibility regardless of who books our shows. Ultimately, we as artists are to be held accountable.”

Given Carey’s notably careless past engagements, who is to say that history hasn’t repeated itself here?

Should Carey have spoken out?

A key issue up for debate is whether Carey should have used her platform to call for the release of the detained Saudi Arabian women’s right-to-drive activists. In the wake of Carey’s concert, yet more spine-chilling news has broken detailing the extent of the inhumane conditions of the detainees. It has been described by many, including British MPs, as tantamount to torture. The accounts list sleep deprivation, sexual harassment, and threats of rape among others.

Many argue that artists should stay out of politics altogether. But, such is the trigger-happy disposition of our times, whether Carey had performed or succumbed to the boycotting, either scenario could be subject to specious political interpretation. An explicit call-to-action would have undoubtedly been a more direct political action than merely performing.

However, some regard Carey’s inaction, or unwillingness to confront Saudi Arabia’s political climate to be a missed opportunity given her platform. On the night of the concert, the desperate Walid Alhathloul wrote an article for CNN calling for Carey to ask for the release of his sister, Loujain Ahathloul.

“When I think about what goes on in that basement, I feel sick. My own baby sister said she is being whipped, beaten, electrocuted and harassed on a frequent basis,” Walid writes. “Along with the many forms of physical torture, Loujain described how she must also endure horrifying interrogations. One of the investigators said ‘if you don’t marry me I will rape you.'”

It is important to note that this is only one personal account of many women that are being tortured and held in inhumane conditions.

Carey’s inaction in this regard is either an unwillingness to enter the political sphere or a political statement through inaction; the former is far more probable, especially given her history of getting caught between an oppressive rock and a corrupt hard place. Suffice it to say, with the benefit of hindsight, Carey may have been better off listening to the boycotters.

The bigger picture: what’s going on in Saudi Arabia?

Aside from the inhumane treatment subjected to the detained women’s rights activists, it would appear that Saudi Arabia is making positive steps towards embracing modern values – but to what extent?

Whilst the introduction of flashy pop concerts and desegregated crowds may be a step forward for the most profoundly gender-segregated nation on earth, it is not time to get the party poppers out just yet. As with the all-too-recent social reforms—spearheaded by Mohammed bin Salman, Crown Prince and defacto ruler of Saudi Arabia—that led to women gaining the right to drive and to a loosening of the guardianship system, these reforms are centuries too late to be truly commended.

Moreover, in 2018, the CIA concluded that bin Salman, who had previously “vowed to return the country to ‘moderate Islam‘”, had ordered the killing of journalist and Saudi dissident Jamal Khashoggi. In the wake of such news, it would make sense that Saudi Arabia are keen to look modern and, dare I say, Western.

On the other hand, bin Salman explicitly wishes to lure investors to Saudi Arabia. It is from this very point that a number of previously cited articles have opined that Saudi Arabia’s recent sanctioning of pop concerts featuring Western superstars is a ploy to achieve normalization and attract international tourists. Bin Salman has gone so far as to open a luxury tourist resort where women can wear bikinis and alcohol may even be permitted. The motives here are at least in part commercially motivated as neither the consumption of alcohol or the showing of skin in public by women is by any means common practice in Saudi Arabia, where an abaya is generally regarded as the minimum necessary attire.

That said, bin Salman has loosened the interpretation of the Sharia law demand for “modest clothing”, concluding that women now have a choice on the matter. Unfortunately, the rest of Saudi Arabia is not so quick to adopt this moderate interpretation and it is at risk of leaving women vulnerable to conservative victimization. Most alarmingly, bin Salman stated that Saudi Arabia has “come a very long way and have a short way to go”, which would suggest that Saudi Arabia has almost finished modernizing – given the points raised above, the prospect is dire.

Lastly, there are countless things that women in Saudi Arabia still cannot do. Most notably, women are still at the liberty of a Wali, or male guardian, in order to partake in public life. This encompasses everything from access to education to permission to undergo surgery. Whilst progress has surely been made (consider these accounts by Saudi women), the fact bin Salman feels like his work is almost done when it comes to women’s rights is insulting.

Should international artists entertain the idea at all?

Given the above developments—and lack thereof—should international artists invest in the Saudi project? And if they choose to do so, are they helping or hindering those women oppressed by the Saudi regime?

There are no clear answers, but in Carey’s case, given that she is the first high-profile international female singer to perform in the country, now is the time to stop and ask: what is most beneficial not only geopolitically but for those detained women’s rights activists and the general female Saudi population? Carey’s appearance may have been met with opposition, and rightly so. But it pales in comparison to the widespread moral opprobrium of the Saudi regime.

To wrap up, we shall leave you with the words of Guardian columnist, Owen Jones:

“Pop stars such as Mariah Carey may well be fooled by publicists into thinking that, by performing in countries ruled by abhorrent regimes, they will advance progressive causes. They do no such thing: they simply help legitimize tyranny. They became pop stars because of their love of music. They must surely ask themselves if they really ever aspired to become the propaganda devices of one of the worst regimes on Earth.”