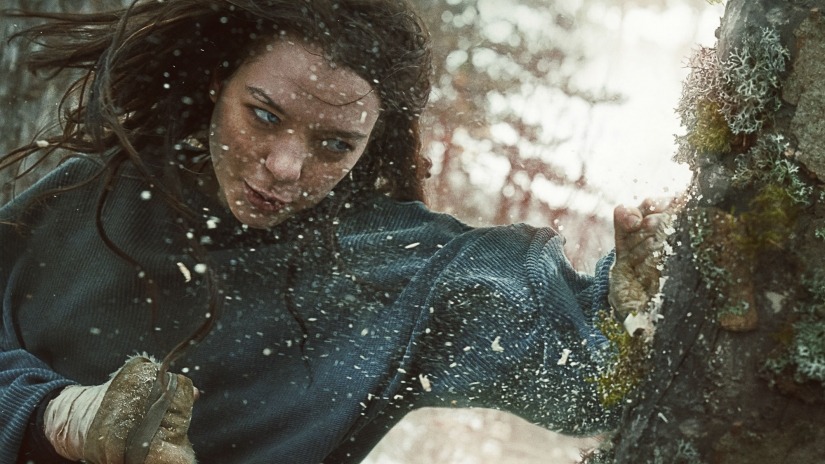 Amazon is set to have an exciting month ahead with new shows premiering and old shows returning. Amongst them is Hanna, which has been hyped by Amazon for quite a while and had a Super Bowl commercial spot back in February. Fans of Catastrophe can look forward to the fourth season of the comedy series, but there is plenty more where that came from. Here are five shows (new and old) that you should check out in March.

Hanna is Amazon’s next drama series based on Joe Wright’s 2011 movie by the same name. For those who have not seen the movie, watching it is not a requirement before diving into this series. The original co-writer from the film is the showrunner for the series, so it’s safe to say that fans of the movie will see the similarities. Starring Esme Creed-Miles in the lead role, Hanna will follow her character’s journey as she tries to escape a CIA agent who is deadset on finding and exposing her skills.

This animated series, based off a role-playing video game, follows four kids facing off against the evils of the world. Based in the town of Auburn Hollow, the group of four will fight off their foes with the costumes they made at home–with magical powers included. Will they be able to successfully save their town and the world on Halloween night?

This month will bring the fourth and final season of Catastrophe. Originally a comedy on Channel 4, Catastrophe will look to wrap up the storylines of its major characters. Perhaps the most exciting aspect of the final season that fans will look forward to is the Carrie Fisher tribute. Fisher played Rob’s (Rob Delaney) mother in the series and co-showrunner Sharon Horgan has alluded to giving the late Carrie Fisher a proper sendoff from the series. The six-episode final season will focus on the titular couple as they navigate through the aftermath of a relapse, accident, and confession.

Tin Star, starring Tim Roth, is back for another season! After the season one cliffhanger, the future of Roth’s character, Jim Worth, hung in the balance and fans are eager to see how that moment plays out. The official season two synopsis gives fans plenty to be excited about and promises the return of familiar faces from season one, including Christina Hendricks.

At the end of series one, Police Chief Jim Worth (Tim Roth) and his family were left destroyed by the chaos that had followed Jim and his alcoholic alter ego Jack Devlin from the UK.

That alter ego was something so here’s to hoping that it makes an epic return in season two.

Made in Heaven season one

Amazon is known for its diverse collection of shows that take place all over the world, including India. Based in Delhi, Made in Heaven follows two wedding planners named Tara and Karan whose story will reveal the world of lavish Indian weddings and the secrets embedded within it. Tara and Karan will have to face and deal with everything from confirming women’s virginity, dowries, and arranged marriages in this new Amazon dramedy. Based on the impressive number of people that watched the first official trailer, it’s safe to assume many will be eager to check out Made in Heaven.