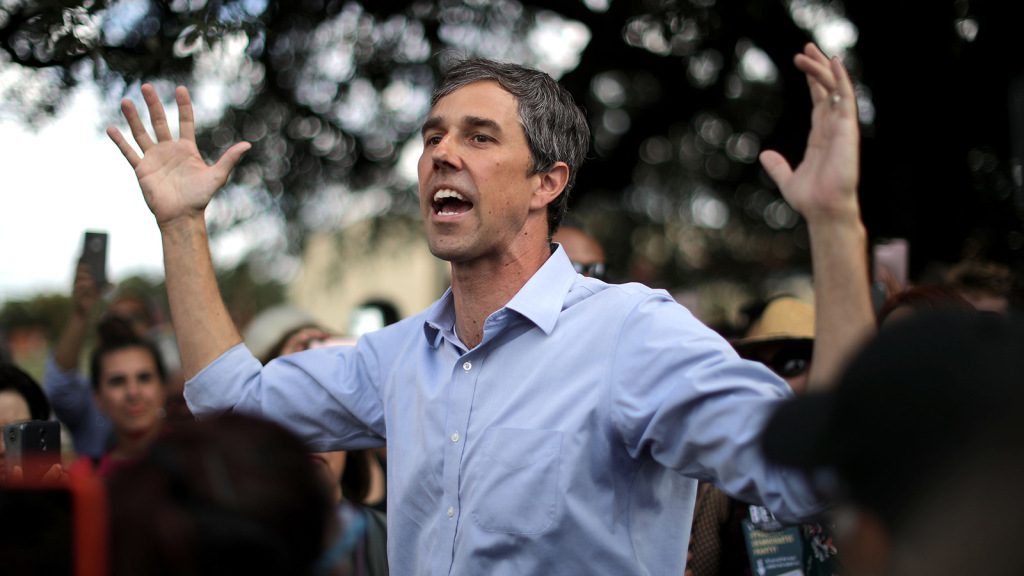 If you read our February rankings of the 2020 Presidential candidates, then you know the deal. We take at look at each candidate in the race (so far) and rank them based on who has the best chance of winning at this moment.

We’ve taken that ranking from February and are now updating it for April.

What has become clear since our last visit to these rankings is that American voters upset with the current administration are aware that they are not only choosing a policy alternative, but a decision on what kind of country they want America to be.

Tribal grandstanding, reality TV dramatics, and a call-out culture seem to be a norm many Americans are keen to stray from. Though many of these candidates have not been completely clear of their exact policies, they so far have conducted themselves using basic decency and friendliness, while condemning the alternatives. It seems as though the candidate who can embrace all of those factors most deftly will emerge champion.

But for now, let’s let them duke it out below.

As president, I will raise the minimum wage to $15 an hour and make sure it’s a living wage.

It’s unconscionable that in 99% of the counties in America, a minimum-wage worker working full-time still cannot afford the market rate for a one-bedroom apartment.

Momentum: The former attorney general of California, Harris is currently part of the powerful Senate Judiciary Committee. She drew quick attention for her tough questioning in the infamous Brett Cavanaugh hearings as well as other Trump cabinet nominees. She has endorsed the Medicare for All bill, popular middle-class tax cut legislation last fall, and a liberal civil rights agenda. Ranking third in a recent Quinnipiac University national poll, she may rise even higher as her name recognition grows.

Obstacles: With criminal justice reform a major point of contention, this absolutely does not work in favor of Harris. Her record includes several contradictions to her image as a reformer like we discussed last month, including fighting to keep people in prison who were proven innocent and defending the California death penalty.

The way we beat Trump – who to my mind is the most dangerous president we’ve had in modern American history – is through a massive grassroots effort which demands we have a government and economy that works for all of us, not just those at the top.

Momentum: Sanders, the self described “democratic socialist”, was the 2016 Democratic runner up. He has the largest grassroots base of any candidate and has been the face of the party’s trend toward the left. With popular stances on free college tuition, the Green New Deal, and Medicare for All, Sen. Sanders has been the most clear-cut candidate on the policies he will be running on, which will become increasing essential (as it should be now) as the election grows closer.

Obstacles: Among the Democratic Party trend to the left, there have been calls for a more diverse, new field of candidates. There is no denying that “socialist” is still considered a dirty word among many. Sanders, at 77 years old and the oldest candidate, can’t physically claim to be part of a new generation of policymakers. Reports of sexual misconduct among staff from the failed 2016 campaign have marred an otherwise uniquely altruistic politician.

Momentum: The conclusion of the Mueller saga, and seemingly lack of any clear, damning evidence of collusion, is surely is a win for the President and Republicans. This is seen as a major win for Trump, and another obstacle bypassed towards re-election.

Obstacles: President Trump has recently threatened to close the Mexico border, which would be a logistical and economic disaster. This is also after his demand for $8.6 billion for his border wall funding. In sum: the border saga under President Trump is becoming more and more problematic. In addition, despite the aforementioned Mueller report, all attention now will turn to the Southern District of New York, where a whole gaggle of attorneys and investigators are working to build a damning case against Trump, the administration, and possibly his family.

This is a campaign for America, for everyone in America. The challenges we face cannot be met by half measures or with only half the country. It’s gonna take all we’ve got and it’s gonna take all of us. pic.twitter.com/Ctf9o6HRmY

Momentum: Beto O’Rourke rose to the national spotlight when he ran his historically successful fundraising campaign in his unsuccessful Senate run against Ted Cruz. Yes he lost, but barely. Young and amiable, O’Rourke gives a great speech, is charismatic, and appears to be highly-relatable to many voters across the spectrum. Not to mention he grew up in the border-town of El Paso which makes him even more relatable to those connected to the immigration crisis. He polls extremely well, to boot.

Obstacles: Nobody actually knows what Beto O’Rourke stands for or why exactly he is running, perhaps even including Beto, other than his statement, “Man, I’m just born to be in it.” He’s dragged his feet being clear on his policies and viewpoints, and for a Democratic field that’s becoming more and more crowded, that could surely hurt him. Let’s also not forgot he scared some people away after it was revealed he was a part of a hacker group in his younger years.

LGBTQ people are 4.5%+ of the US population but only 0.1% of all officeholders identify as LGBTQ. For National #OutToWin Day let’s work on fixing this severe under-representation & encourage our LGBTQ friends, family & community leaders to run for office: https://t.co/4aAEjXhK76

Momentum: Booker has a similar gift for uplifting speeches, much like Barack Obama. His calls for reuniting the nation and his staunch defenses of inequality have endeared him to many voters. He regularly backs bills aimed at alleviating poverty, expanding access to healthcare, and raising the minimum wage.

Obstacles: Though it has helped raise him a great deal of funding for his campaign, there is a perception that Booker is too close to Wall Street and his independence is compromised by accepting from corporate donors. This is coming at a time where there are vast calls to end the roll corporate buyouts play in politics, especially from the exact base Booker would appeal to most.

Women – ALL women – should be paid the same as men for doing the same work. We'll keep fighting until that happens, and #EqualPayDay becomes obsolete. pic.twitter.com/ndrJ638pAb

Momentum: Warren is a slightly less progressive than Sanders, typically claiming to want to fix capitalism as opposed to replacing it, which many will prefer. She is an adamant defender of the middle class and income inequality, wanting to tax large corporations and extreme wealth.

Obstacles: Unwise and largely awkward, Warren’s play into defending herself from Trump’s taunts of “Pocahontas” by taking a DNA test to prove her Native American roots has taken an unfortunate amount of space in the spotlight. This has not boded well for her nor her debate-ably unfair label of being less likable than other candidates, and may have translated in her struggle to raise campaign funds.

We could be entering a new Gilded Age — we have to take on the power of these big corporations now. pic.twitter.com/1xYv0pzAw5

Momentum: Klobuchar has a history of successfully working across the aisle with Republicans, if her wins in Minnesota are not proof enough. She has also wielded a large axe against tech companies concerning privacy and transparency issues. These accomplishments bode well in a race that will need to win over on-the-fence moderates while defending the rights that progressives have championed.

Obstacles: Like many other candidates in this field, name recognition could be an issue for the Senator. She has also had to answer to several accusations of harsh treatment of staff.

From troops to coworkers to teenagers, we see and support and love our transgender fellow Americans. Know this #TransDayOfVisibility that you will not be erased.

Obstacles: Buttigieg has very little experience, and being the Mayor of South Bend, Indiana does not necessarily translate into being the President of the United States. He also represents the type of meritocracy that millennials seem intent on deviating from.

It's absurd that the leader of our country is chosen by a distorted system instead of the voices of all Americans. Proud to support @brianschatz's bill to abolish the Electoral College. https://t.co/YyD253FBPG

Momentum: Gillibrand has situated herself as a leading voice in the Democratic progressive movement. Including backing Medicare for All, she has supported universal paid family leave. She has long placed women’s equality at the center of her policy agenda and her presentation of herself as a strong young mom will absolutely work in her favor at a time that leadership is needed more than ever.

Obstacles: In the past, Gillibrand was well known for her Centrist-Democratic stances. She received an A-rating from the NRA and opposed any sort of amnesty for undocumented immigrants. This will upset her target base who will be looking for support of both gun control and an end to the border crisis. She also held a fundraiser at the home of Pfizer executive and head of Pfizer PAC Sally Susman, which as you can imagine did not go over well with some.

As the year continues, we’ll continue to update these rankings and include any new candidates who throw their hat into the ring.