Oscars: The lessons learned from this year’s Best Picture nominees 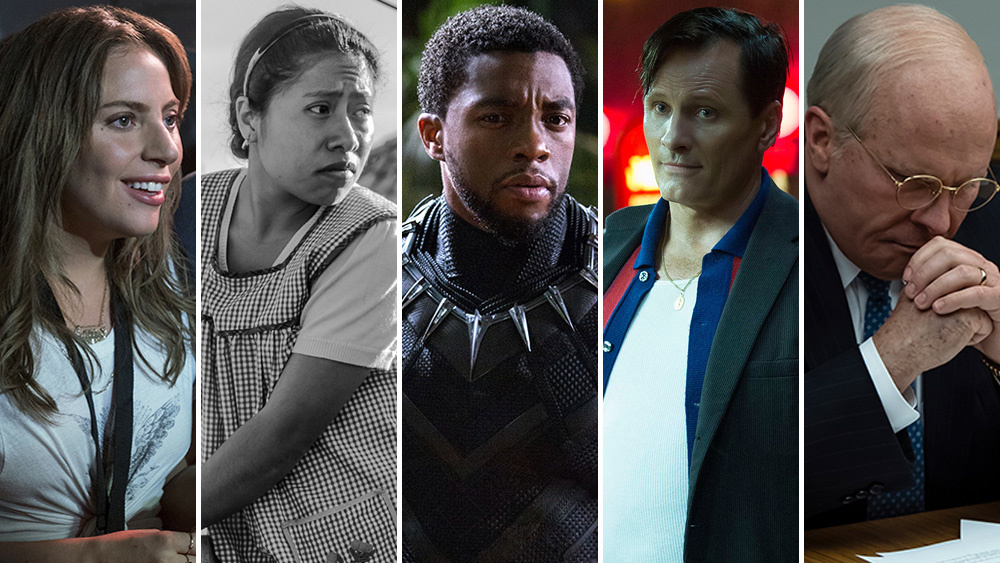 The red carpet has been rolled up, the unused acceptance speeches have been shredded, and the trophies (all twenty-four of them, live on air) have been handed out. The 91st Academy Awards brought this tumultuous award season to a close on Sunday evening and even just a few days removed from one of the more controversial Oscars in recent years, we can begin to wade through the results to find some clarity—and learn some valuable lessons.

In retrospect, there is plenty of valuable information to gain from the eight films nominated for the Academy’s top accolade: Best Picture. In a year that diverged from patterns and precedents, a diverse and divisive batch emerged; a superhero blockbuster; an unconventional period drama; a political satire; a musical biopic; a black-and-white film distributed by Netflix; a musical-drama, and two very different films about race were thrown into the preferential ballot. Peter Farrelly’s Green Book emerged as the victor—and the opinions on that are very strong, to say the least.

Frankly, it’s been a challenge to make heads or tails of the season at all. Now, if we were to distill each nominee into teachable lessons, what would they tell us about the evolution of the Best Picture category? Again, it’s easy to make these statements when all is said and done, but it may help us understand a most fascinating year more comprehensively.

Black Panther: The game is changing (part one)

The Popular Film category was rescinded almost as quickly as it was announced, put on the back-burner after receiving a critical lashing from almost every corner of the internet and industry. It was quite ironic then when Black Panther—the highest domestic grosser of all time—made the Best Picture line-up, proving that, yes, popular films can be good. Not only does it affirm that mainstream and quality filmmaking do indeed correlate, it broke another major boundary too: it became the first superhero film to be nominated for Best Picture. With the Academy diversifying their voting body in recent years, attempting to lower the average voting age, Oscar Bait is becoming a thing of the past; a promising sign for these four-quadrant releases.

Oscar season scheduling is almost always associated with year-end. Studios descend on the final 2-3 months of the year to introduce their eager award-season players: six of this year’s eight nominees were released in either October, November or December, amongst dozens upon dozens of other hopefuls cannibalizing each other financially so they can be fresh in the mind of voters casting their ballots. BlacKkKlansman (and Black Panther, although perhaps not as purposely as Spike Lee’s joint) went bold: a summer release date, surrounded by seven-digit blockbusters with more mainstream appeal – hardly your typical award slot.

Thankfully, its quality permitted it to stand out, becoming not only a surefire award contender and a fantastic little earner for Focus Features, but helping it avoid the mad rush of that busy window, where films often get lost in the shuffle. It started its campaigning early and kept the momentum going, earning six nominations and an eventual win for Lee in Adapted Screenplay.

Bohemian Rhapsody: Critics no longer get the final say

No nominee caused a storm quite like Bohemian Rhapsody. Written-off by critics upon its November release and mired by several behind-the-scenes controversies mainly pertaining to a barrage of sexual assault allegations against its director, it seemed like a non-starter outside of Rami Malek’s flashy performance. But embraced by audiences to the tune of over $850 million worldwide and picking up exactly when A Star Is Born began to falter, it became a genuine contender with its Golden Globes’ Best Motion Picture – Drama win shocking almost everyone. Walking away from the Oscars with a leading four wins out of five, it affirmed that a mixed critic response isn’t necessarily a death sentence; when an audience picks up a film and runs with it, it can go on to do surprising things.

The Favourite: Fox Searchlight know how to run an awards campaign

They are never given the credit they deserve for leading such robust campaigns, but Fox Searchlight has consistently spearheaded award season’s heaviest hitters, including this year’s The Favourite. With Can You Ever Forgive Me? and Isle of Dogs too, they achieved 15 nominations this year alone, and have handled three of this decade’s Best Picture winners, scoring back-to-back victories with 12 Years A Slave and Birdman. As well as last year’s The Shape of Water, which dominated the guilds alongside Three Billboards, another Searchlight effort, the production company has thrived in recent years. Their success in carrying The Favourite to a joint-leading ten nods, despite its subverting quirkiness potentially alienating voters in the wrong hands, should be applauded. In spite of missing out on the top prize, the thrilling win for leading actress Olivia Colman illustrated what a sturdy, consistent campaign they ran for director Yorgos Lanthimos’ latest.

Much has been debated about Green Book’s presentation of race. Some people interpret it as well-intentioned and heartwarming, others consider it tone-deaf and offensive. Enough voters believed the former to propel it to a Best Picture victory in a preferential era but why, in such a hotly fought year, did the Academy elect to go with the safer, cleaner and less condemning film about race? Whichever you personally prefer, it would be difficult to argue that BlacKkKlansman isn’t the more urgent, rallying examination—especially given its painfully relevant and timely epilogue.

To work out how it prevailed, we must observe the makeup of those voting. As of the last twelve months, 69% of voters are men, 84% are white, and they tend to skew older, too. With all due respect, that demographic doesn’t always take kindly to something as critical as Klansman. The big win for Green Book reflects voters as socially conscious without getting their egos bruised in the process. In no way to criticize them (again, they probably wouldn’t like it), Green Book’s softer approach avoids anyone feeling too bad about themselves. That, be it right or wrong, is safer.

Attempts are being made by the Academy to expand their base but the typical voter remains old, male and white—and will do for a good while yet.

The Netflix-distributed Roma became one of only eleven foreign-language titles to be nominated for Best Picture, a stunning achievement in itself. But its significance is even greater in another respect: it is the first time, after a handful of attempts, that Netflix has been welcomed into the Best Picture race. The streaming giant has tried and failed in the past, and it still does face vocal opposition from those who reject its content as the contemporary ‘made-for-tv’ equivalent. But with ten nominations, including three wins for Alfonso Cuarón’s Direction and Cinematography, as well as an easy victory in the Foreign Language category, Roma has declared the subscription service as an undeniable force that is redefining the wider industry. Whether you like it or not, Netflix is here to stay.

A Star Is Born: Never be the front-runner

As early as its Venice Film Festival premiere back in August, A Star Is Born was positioned as the front-runner to win Best Picture. Weeks and weeks of goodwill built, bolstered by a terrific audience reception and fantastic box office run, making it appear truly unstoppable; but the title of the ‘front-runner’ is never something you want to attract at the start of the season because, frankly, keeping up that momentum is near impossible. La La Land and Three Billboards Outside Ebbing, Missouri are proof of that; once-front-runners unable to sustain the energy over the course of the season to take them over the finish line.

A Star Is Born’s downfall came after it picked up just one award at the Golden Globes, a ceremony the film was seemingly tailor-made to be rewarded at. It went on to take the same solitary Best Original Song award at the Oscars despite eight nominations, cementing further the notion that being the favorite never ends well (in the Best Picture stakes, anyway).

While the preferential ballot demands a consensus pick, purely getting a nomination does not require such crowd-pleasing. Despite the incredibly divisive nature of Adam McKay’s Vice, it made it into the line-up fair and square because those who loved it really loved it. Even though it registered almost as many mixed or negative (25) reviews as it has positive (29) on Metacritic, the passion of its supporters carried it through the nomination process and to a Best Picture nomination, proving that you don’t need to be universally adored to find yourself in the mix to be considered.

Award season is over for another year but the lessons we have learned from the nominees will be carried forward and if you want my advice, Hollywood: don’t ever become the front-runner.