NCAA: The Hypocrisy of Buying Out Coaches

For the past week or two, a key topic of conversation in the NCAA College Basketball world was the inevitable fate that loomed overhead for then UCLA coach Steve Alford.  A rough December slate for the Bruins, most notably the home loses to Belmont and Liberty, meant it was time for a change.  And the change occurred when the UCLA brass decided to part ways with Coach Alford mid-way through his sixth season.

At some point down the road, UCLA will find their (temporary) permanent replacement for Alford, and Alford himself will land on a sideline somewhere else in the country.  A man with 17 seasons to his name and three Sweet 16 trips — it’s bound to happen.

So off Steve Alford goes; he was fired and likely received a nice buy out to take a hike somewhere that isn’t the UCLA campus.  Mid-season he was offered to leave and was given a very nice parting gift in order to do so…which is the problem.

UCLA has relieved Steve Alford of his duties as head coach, effective immediately.

Murry Bartow will serve as the Bruins’ interim head coach for the remainder of this season.

Ever obsessing over their beloved amateurism of student-athletes, the NCAA holds very skewed and often times inconsistent standards for players who choose to leave their given programs mid-season.  We’ve seen teams, such as Nevada, thrive on the transfer market and give kids bigger platforms to perform on.

Players can transfer for a multitude of reasons; playing time, wanting to play at a bigger or smaller school, academic issues, problems with their coaching staff, family problems, etc.

And if the school allows them to leave, then they have to sit out a year of action and not partake in anything more than practices.  If you want to improve your given situation, then the young men in question better learn to play ball by, well, not playing ball. The NCAA’s rules on transfers depend on the sport an athlete plays as well. Obviously the revenue generating sports are tagged with the extra hurdle to limit player’s freedom.

Reminder: Steve Alford left his program mid-season.  His transfer away from the program came with getting a set percentage left on his contract along with a $3.7 million buyout from UCLA.  Tough break right?

And this is the problem.

In the current climate where we find ourselves asking if the players should get paid on the collegiate level, the fraudulent “amateurism” perspective of the NCAA is often highlighted for the sham it is, and the NCAA continues to support that argument with new evidence each season.

If you’re a player and want a new setting, then you play by our rules.  If you’re a coach and want to leave, or in most cases, you don’t want to leave, you’ll get yourself a nice severance package and another opportunity elsewhere whenever you’d want to take it — you can even start tomorrow.

A Growing Trend That Needs An Answer

Now more than ever players look to transfer and as of this moment, there have already been 82 players to transfer in the 2018-19 NCAA basketball season.

With no end in sight for the transfer epidemic that is sweeping the nation, it’ll take some time before we get to see how this overall process will play out.  Will we one day get a more structured, sensible process for these young men when looking to find a better situation, both on and off the court?

Only time will tell.

The easy answer would be to revamp the transfer protocol and allow kids easier accessibility to play at their desired schools.  Granted, this could potentially open the can of worms of a player transferring multiple times, but even then it should be their right. Stricter limitations could be placed upon those habitual transfers.

Yes, the NCAA does indeed grant hardship waivers for specific cases and Graduate Transfers are able to hit the ground running, but those are still few and far between. While we wait, per the NCAA norm, players will continue to be on the short end of the stick without any reform from the powers that be.

Until then, it’s just business—and money—as usual for the NCAA. 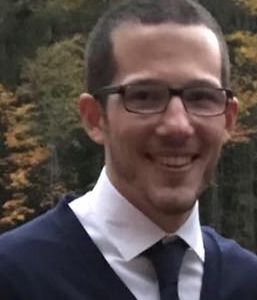 A basketball junkie since day one, Jake offers a unique perspective as he has spent time on a Division 1 bench and also runs his own professional scouting consultant for basketball organizations across the country.

The People vs. The Blue Devils: Is Zion Williamson Just Another Reason to Dislike Duke?