MLS is rolling out a new playoff schedule in 2019, and these changes not only affect the players taking part but also us fans watching. Here's everything you need to know.
Share on facebook
Share on twitter

On Monday afternoon, Major League Soccer announced a new playoff schedule ahead of the 2019 MLS season. There are multiple changes that have been made from the format that has been used the past few years to what the league has decided to move forward with:

The change to the actual schedule will impact a lot – for the teams, broadcasters, and the fans in 2019.

If anything, the MLS is known for being a league full of parody, a place where anything can happen at any time. The Colorado Rapids went from finishing 10th in the West in 2015 to finishing 2nd and making it to the Conference final in 2016. Then the following year the Rapids were back to finishing 11th in the West.

That idea of parody is ramped up in the playoffs. Anything can happen after Decision Day. But under the new format, home sides will have much more of an advantage. Statistics show that home sides have advanced about 64% of the time in single elimination matches. In the aggregate style home and away format, home sides (the higher seed) progress 55% of the time.

This might mean fewer upsets during the postseason, but it also increases the importance of the regular season. Teams that successfully compete during the regular season are now more likely to progress in the postseason since they will be hosting matches. It seems much less likely that teams like the Portland Timbers and the Seattle Sounders, who were crowned as MLS Champions in 2015 and 2016, respectively, after sneaking into the playoffs after getting hot at the right time will upset teams like the 2015 Columbus Crew or FC Toronto in 2016.

It is no secret that the MLS Playoffs are exhausting. In years past, Decision Day was followed up three days later with the first knockout round and then the first leg of the conference semifinals that weekend. The Portland Timbers ended up playing four games in twelve days. It is difficult to be able to put your best team on the pitch when they are recovering from a game every three days.

Because each round will be single match elimination, teams will only have to play a maximum of four matches. This cuts the length of the playoff schedule to four weeks with MLS Cup taking place on Sunday, Nov. 10th. The November international break will no longer force the MLS to take a break in the middle of the playoffs, allowing teams to stay together for the entirety of the postseason.

Not only does having the playoffs take place between the two international breaks improve the timeline for the players, but it is also better for us as fans. Having a break between the conference semifinals and finals is a buzz kill. After watching Portland overtake the Sounders in a thriller, fans had to wait for over two weeks to see the Timbers play again. Now, fans will have a game each weekend for four weeks without a break.
Embed from Getty Images

The offseason is an important time for players and clubs to recoup and improve. Under the old playoff format, teams that made it to the final only had three short months between their final game and the first match of the season. This is incredibly difficult for sides who consistently make deep playoff runs. In 2016 and 2017, both Seattle and Toronto made it to both finals, handing them two short offseasons. Add CONCACAF Champions League into the mix, and players never fully get a solid rest. Because of it Toronto, arguably the best team in league history in 2017, finished fourteen points below the playoff line. Seattle had one of the worst starts in club history and only made it to the playoffs by winning fourteen of their last sixteen games of the season. A longer offseason means teams like Seattle and Toronto will have another month to rest.

There is a downside to longer offseasons, though. Fans have to wait longer to watch more MLS soccer. As a soccer fan in general, offseasons are hard to wait out. Adding another month to the wait, no matter how good it is for the players, is no fun for the fans.

Looking ahead, this schedule also prepares MLS for the 2022 World Cup in Qatar. The tournament is scheduled to start on November 21st.
Embed from Getty Images

One last thing to notice is that more teams will be making the playoffs. This move is most likely in preparation for MLS expansion beyond the currently planned 28 teams. In 2019, FC Cincinnati will be entering the league. Nashville and Miami are set to join MLS in 2020.

The positive to take out of expanding the number of playoff teams comes from the regular season. An extra playoff spot to play for means teams are in the running for longer. This will make the regular season more exciting for teams at the bottom and middle of each conference table.

As in all things, there are pros and there are cons to the new playoff format for the MLS. But there is no way to know what this move actually entails until we see it in action next October. 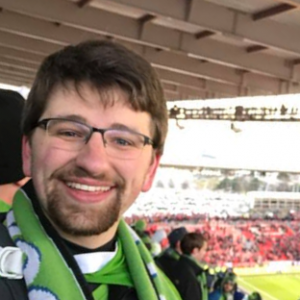