Ilhan Omar: why her comments were not anti-Semitic 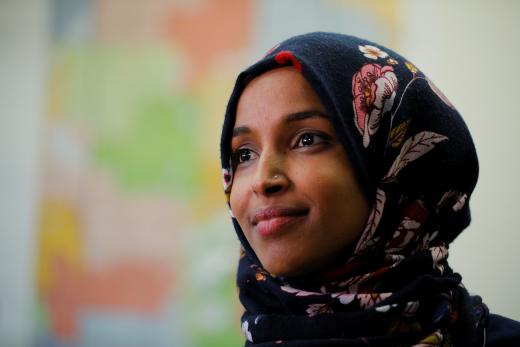 When Diddy (then Puff Daddy) penned the canticle “All About the Benjamins” in 1997, it’s doubtful he had the foresight it would make it’s way into the American political climate 22 years later. In a generation where we’ve grown used to a President known to bellicose-ly deliver diatribes and slurs towards his opponents, the political left could claim the upper hand for level-headed appearances. Recently, both sides of the aisle spared no time in painting blunt comments by Congresswoman Ilhan Omar on AIPAC’s involvement in American politics. With an apparent general obliviousness to any synonym for the word “trope”, an apology was widely demanded of Omar. Those calling for that apology were wrong for doing so.

It began when Kevin McCarthy, House Minority Leader, claimed he would take action and was outspokenly frustrated with Democratic leaders’ refusal to rebuke progressive freshmen for what he views as anti-Semitic remarks. He criticized Congresswomen Rashida Tlaib and Ilhan Omar, both Muslim, for their support of the Palestinian-led Boycott, Divestment, Sanctions (BDS) movement against the Israeli government. In response, Omar released a tweet quoting “It’s all about the Benjamins, baby”. When an editor at a Jewish publication, The Forward, asked who the Congresswoman thought is paying American politicians to be pro-Israel, she responded, “AIPAC!” in reference to the American Israel Public Affairs Committee, the United States’ most prominent pro-Israel lobby.

The backlash was immediate. House Majority Leader Nancy Pelosi and the rest of the House Democratic leadership rebuked Omar, calling on her to apologize for her “use of anti-Semitic tropes and prejudicial accusations about Israel’s supporters”. McCarthy and fellow House Republicans “reject anti-Israel and anti-Semitic hatred in the United States and around the world”. President Trump demanded her resignation. Omar quickly issued an apology the same day. “Anti-Semitism is real and I am grateful for Jewish allies and colleagues who are educating me on the painful history of anti-Semitic tropes”, she wrote.

Why It Is Unfair to Criticize Ilhan Omar

Correctly claiming that AIPAC plays a part in the influence of American politics is truthful. AIPAC have very clearly stated this themselves and prided themselves on this fact. In 2018, AIPAC contributed $3.5 million in lobbying. They sponsor lavish annual trips for members of Congress and their families to visit Israel. During the August trips, participants meet with Israeli government officials and discuss Israel’s strategic concerns, in meetings often described in the press as official Congressional delegations. Though American law protects against foreign agents having this type of influence in national government, AIPAC operates under a loophole that it is not a lobby for a foreign state, but Americans who support that state. This would bring confirmation to Omar’s comments that money is a major factor in American policy on Israel.

Those casting the first stones, Kevin McCarthy and Donald Trump, are no strangers to prejudiced statements themselves. After a crude mail bomb was found in George Soros’s mailbox last October, McCarthy tweeted, “We cannot allow Soros, Steyer, and Bloomberg to buy this election!” The tweet, since deleted, was referring to Jewish men Tom Steyer and Michael Bloomberg, who are often the object of anti-Semitic conspiracy theories. Speaking on CNN, Steyer, who had also been sent a mail bomb, described McCarthy’s tweet as a “straight-up anti-Semitic move”. President Trump could fill volumes with his blunders in racism, but Trump has trafficked in anti-Semitic caricatures, including tweeting a six-pointed star alongside a pile of cash.

It Is a Sensitive Matter

Prejudice, stereotypes, and racism are disgusting in any society. Those of Jewish background have faced as painful a history as anyone, and we most unfortunately can still spot those undertones today. However, taken at face value, Congresswoman Omar was making a truthful statement that the Israeli backing lobbyist group’s funding has been influential in American politics. It can be argued she could have been more sensitive with her wording, being aware of the painful narrative that Jews use finances for influence in global affairs. She has also been insensitive in the past, claiming Israel has hypnotized the world, which could invoke old stereotypes of the Jewish occult. Despite being insensitive to potential xenophobia, Ilhan Omar was not incorrect in her assertions.

It is wholly un-American to demand that if Americans do not side with a specific foreign nation, they are racist. Within the same vein, it is unfair to assume that every Jewish American is pro-Israel. In fact, Christian Zionism plays just as large a part in their pro-Israel influence. The real threat that has come from Congresswoman Omar’s tweets have been those on her use of free speech for an unpopular side. She could perhaps be more sensitive in her phrasing, but for now, an unregistered foreign policy agent is lobbying in American politics and we are discussing a Diddy record.