Government Shutdown: What Is It and What Does It Effect? 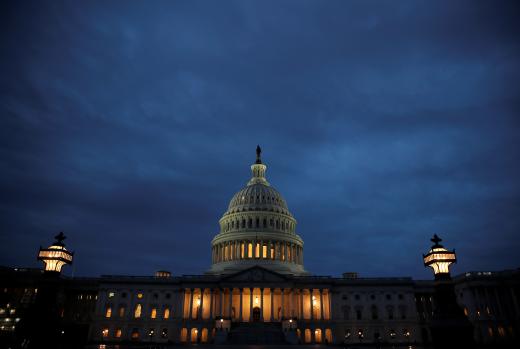 At midnight EST on Saturday, December 22, 2018, Americans entered a shutdown of the federal government. Shutdowns are nothing new to most Americans. In the last four decades, the U.S. government has closed down twenty times.

The first government shutdown, on May 1, 1980, occurred for one day after Congress failed to pass an appropriations bill for the Federal Trade Committee. Subsequent closures have been over disagreements on topics such as tax increases, budget allocations, and Obamacare. The current shutdown already has the record as the longest federal government shutdown in U.S. history.

Government shutdowns can occur when one of two things happen, (1) Congress fails to pass sufficient appropriation bills or resolutions to fund federal government operations and agencies, or the President refuses to sign those bills or resolutions into law. Under the separation of powers, Congress has the sole power of the purse and responsibility for appropriating government funds. After passage by the Senate and House of Representatives, those bills go the President. When the President signs the bills they become law. When he doesn’t, the bills go back to Congress. If the President and Congress are unable to resolve their disagreements over funds before the current budget cycle ends, a shutdown occurs.

It’s day 24 of the #TrumpShutdown. 800,000 Americans are losing paychecks. The health & safety of countless more are in jeopardy.

But while @HouseDemocrats have passed @SenateGOP funding bills, @senatemajldr hasn't held a single vote in this Congress to re-open the government. https://t.co/PgEQh1qyUD

The current federal shutdown stems from an impasse between President Donald Trump and the 116th Congress. President Trump has demanded an allocation of $5.6 billion in federal funds for a U.S.-Mexico border wall. The Democrat-controlled House of Representatives has rejected this demand. Along with their stance that the wall will be ineffective and immoral, House Democrats cite the President’s campaign promise that Mexico would pay for the wall.

In response, President Trump declared he would veto any bill that did not provide those funds. Though the Republican-controlled Senate unanimously passed legislation that would reopen the government without the funds requested for the wall, Senate Majority Leader Mitch McConnell has, in turn, blocked the Senate from passing any legislation that President Trump will not support. That leads us to the standstill we are currently in today.

How does this affect the average American?

It may not so obvious at first. During a shutdown, essential employees are still expected to work without pay until the government opens, when they may then receive back pay. Currently, nearly 800,000 government workers are living without pay. Those workers come from nine departments and several agencies, including the Environmental Protection Agency and NASA.

The effects are everywhere. Airport security has been compromised, with TSA workers, many of whom are responsible for screening passengers and baggage, have been calling out sick or quitting due to financial hardship. Most national parks and museums are closed to visitors, with many of the parks that have remained open reporting the land being trashed by visitors, including trees that were cut down in Joshua Tree National Park.

The Food and Drug Administration has halted their routine inspections of seafood, fruits, vegetables, and other foods at high risk of contamination. The Violence Against Women Act, which funds programs for survivors of domestic violence, stalking, and assault, expired last month when the government was shut down.

Where Does It Currently Stand?

Both sides of the debate are steadfast in their refusals to budge on their current stances. Public opinion seems to be just as divided. Polls have found that over 56% of the responding public oppose a wall, while 39% favor it. Despite the divide on who is to blame and how to move forward, all Americans are equally sharing in the damage from the shutdown.

President Trump’s economists have doubled projections of how much economic growth is being lost with the standoff. Though the damage should be repaired once the shutdown ends, that end currently seems to be nowhere in sight. More questions than answers still remain. How many employees will end up leaving for new jobs? How many will seek legal action for being forced to work without pay? What will be the visible signs of a government shutdown that lasts 60 or 90 days?