Gillette: The Best a Man Can Get, Redefined 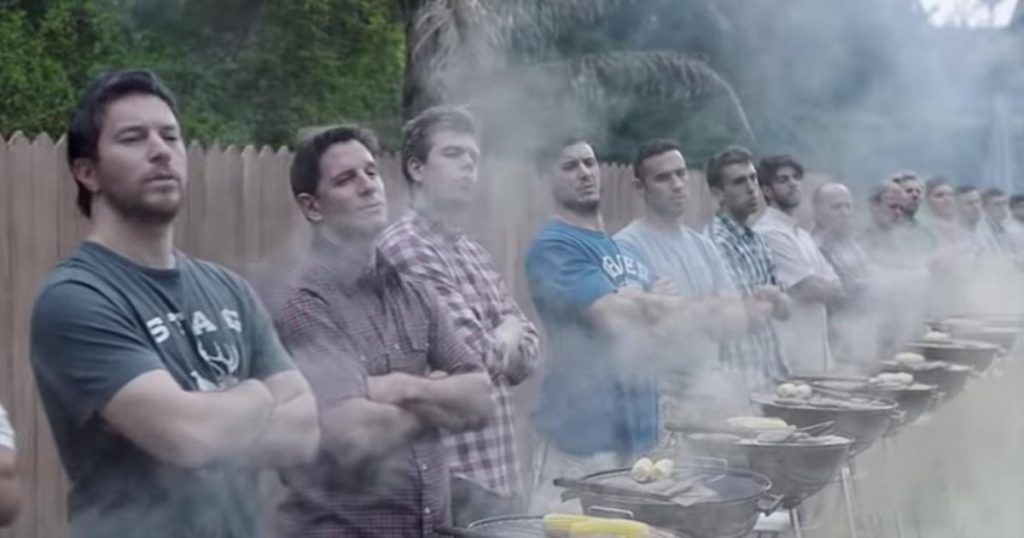 Growing up I think my grandfather tried his best to teach me what it meant to be a man, like most good father figures. We had several conversations about the hard things I was going to have to accept about the world and my place in it. He warned me that my skin color might bring out the prejudice in ignorant people, cautioned that my sexuality might inspire hate in those people, and even prepared me for the fact that my large stature might bring out a fear in those who weren’t familiar with my larger-than-life personality but soft-as-cotton heart.

My grandfather did all he could to prepare me for how the world might see and treat me as a gay black man but in twenty-four years I can’t think back to a conversation we’ve had about how to respect women.

Maybe he didn’t know how or even if he should. Dealing with my coming out may have been hard enough without asking the question, “How do we talk to him about girls now?” Sure, using his own marriage as a metric there may have been the basics; hold the door open, do the heavy lifting, pump the gas and take out the trash. But those mandates were all based on the same—and sometimes outdated—brand of chivalry and patriarchy that a marriage in the 60s might be based on.

One house rule does stand out, though. When my brother and I were old enough to play video games we were never allowed to play anything that depicted a man fighting a woman. But even with the obvious connotations of that rule, my grandfather never sat my brother and I down and talked to us about violence towards women or consent.

There was never a conversation about how to behave with women other than in the capacity of protecting ourselves. We were always told to be cognizant not to put ourselves in situations that might look a certain way but were never specifically told not to do the things that those situations might imply.

With movements like #MeToo and #TimesUp finally giving a voice to victims and putting a spotlight on abusers, it’s obvious my grandfather isn’t the only man skirting this conversation, and repercussions of that inaction are insurmountable. Giving fathers and men the benefit of an obscene amount of doubt, maybe they never knew the proper time or place to have that conversation or set the example with their sons and other boys in their lives. Shaving care company Gillette’s new “We Believe” ad is making sure that’s no longer the excuse.

The ad starts off the way any shave does, with a man staring at himself in a mirror. The visual might seem obvious, given the brand’s product, but it’s an important metaphor for a crucial action men need to take. There’s been a growing number of men who have portrayed themselves as allies to the women’s rights movement that in turn have allegations of assault and misconduct brought against them. To the general public it may seem that these men spoke out to atone for their indiscretions but it is very likely that some of these men legitimately did not think that what they did was inappropriate. They feel that because they didn’t force themselves onto someone, they didn’t do anything wrong. And this is an area that a lot of men find themselves in. They refuse to understand that flirting can become too aggressive, cat-calls are not flattering, and that there are such things as microaggressions.

The next few frames of the commercial challenge the brand’s own marketing, making a statement about the power of media in any social climate. A young boy being chased by a group of teens tears through a screen with the image of a freshly shaven man being admired by an attractive woman projected on it. The words, “The Best a Man Can Get” sound in the background. The same group runs through a living room where a mother embraces her bullied son. A TV cuts through scenes of a group of men whistling at a women, an actor grabbing an unsuspecting maid from behind with a smile on his a face to the roaring laughs of a live audience and a group of men partying in a group around one woman all while three young boys watch on, almost in a daze, unaware of what these images are teaching them.

The commentary is clear. Images of misogyny and toxic masculinity are all around us. Not only do they influence how men interact with women but they influence how we treat boys and men that don’t subscribe to that brand of machismo. Some men reinforce these sexist attitudes and it’s easy to point fingers and place the blame solely on their shoulders but what about the people like my grandfather who felt like they lead by example. “I never hit your mother so I don’t expect you to.” But that’s not enough. An effort has to be made to combat a child’s influences, especially when there are so many. One thing I hadn’t considered is that maybe my grandfather didn’t know what that looked like and that’s where Gillette makes sure to take their narrative a step further

As the narration continues, the ad starts to expose everyday missteps that some men make; speaking up for and in place of women (popularly known as ‘mansplaining’), excusing the misdeeds of young boys, a slew of TV anchors breaking yet another story of sexual misconduct. What happens next may be the smartest point about the ad. It then displays actions that directly combat these missteps. No one laughs at (and therefore enables the actions in) the scene with the actor and the maid. Men with a platform, represented here by Terry Crews, explain that “men need to hold other men accountable.” and men without platforms like the guy at the party or the man with his son taking a walk, speak up when another man tells a woman to smile and stop to help the boy being chased by bullies. Fathers break up fights and motivate their daughters

There is no metaphor or fancy allegory in Gillette’s message. The call to action is just as much a self-aware anecdote as it is a challenge to change. “Is this the best a man can get? Is it?” the narrator asks. The lines “We can’t hide from it. Its been going on far too long. We can’t laugh it off, making the same old excuses” accompany an assembly line of men at their grills droning “boys will be boys” in unison. The juxtaposition of a classic, positive trope paired with an outdated sensibility is poignant.

It’s a way of chastising apathy that lets men know that silence is complicity. The ad celebrates the fact that “something finally changed” and challenges men to take their positions as role models, seriously adding “there will be no going back because we believe in the best in men. To say the right thing. To act the right way. Some already are in ways big and small.” The final point is the one that matters most. It ties every word and every frame together into a concise lesson. “Some is not enough because the boys watching today will be the men of tomorrow.”

Gillette’s three-prong attack on toxic-masculinity brings together all the facets of how men can be a part of changing attitudes. First, they acknowledge how their own actions, even small may have contributed to a social ill. Then, they recognize the fact that just because a person, group, or company isn’t doing something obviously and overtly wrong, again doesn’t mean they aren’t contributing to a cycle of misogyny and sexism.

It’s not enough to not be a bad example. You have to be a good one, which brings them to their final proclamation. The only way to bring about change is to have those conversations and to give young boys a proactive and positive standard to combat the outdated attitudes towards women they may see in the rest of the world. If you aren’t going to do that, they are.