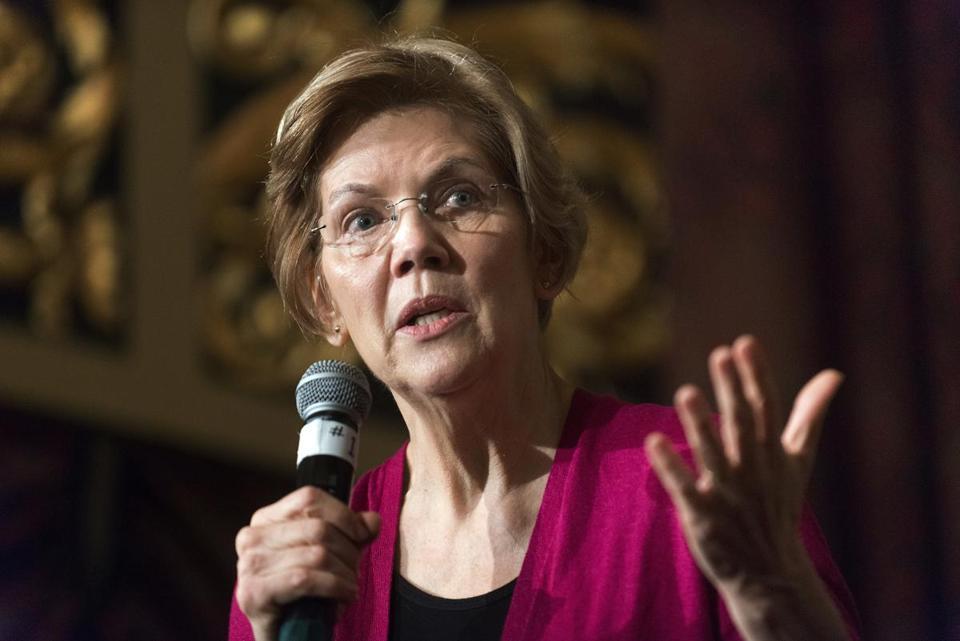 You almost certainly have heard something about it in the past few months. In October, Elizabeth Warren released a video attempting to settle her claim to Native American ancestry with a DNA test. Since her presidential run in 2012, the issue of Senator Warren’s Native American Ancestry has been a topic in public discourse.

Warren’s opponent, Senator Scott Brown, accused her of falsely claiming to be Native American to get a “leg up” in academia. Warren checked a box on a registration form claiming to be Native American, after identifying as white. That sentiment simmered in American minds through the 2016 presidential campaign. Then the aforementioned video came out. According to the test, Warren is somewhere between 1/64 and 1/1024 Native American. She was adamant in this as a proof, specifically aimed toward President Trump, of her ancestry. In the following months, Warren apologized publicly and to a leader of the Cherokee Nation distancing herself from claiming tribal sovereignty and membership.

Speaking as a member of the Choctaw Nation, my opinion is that this is troubling, and it is not enough. Though Warren did not benefit from laying claim to Native American ancestry in her career, it is problematic. The topics surrounding this occurrence are muddy. They are intermingled with many parts of history and subjects.

A TIME article on Warren’s dangerous appropriation of history’s darkest race issues begins to disassemble the situation. The TIME’s author cites an early 20th-century lecture made by Francis Galton, a Darwinist. He argued on the basis that races were biologically better than others.

You could go back to numerous points in human history and see how the progression of science allowed for people, specifically wealthy white people (as they had access to scientific equipment), to assert power over those who lacked even the ability to interpret the knowledge due to their hierarchical disadvantage. A landmark example, one that the TIME article does not touch on, is the pseudoscience of Phrenology.

Founded by Franz Gall, he popularized it along with other phrenologists like J.G. Spurzheim. Phrenology was an effort to deduce psychological characteristics based on parts of the skull. It was used to demarcate psychological differences in race, and thus claim why one race was better than the other. The pseudoscience was widely accepted fact during its time. Gaining popularity during the era of American colonialism, it crossed the pond to some extent, and America’s founders even found themselves muddied with the idea.

“The United States’ Jim Crow Laws were tangled up in pseudoscience…”

This was the forerunner to Galton’s lecture, which used evolution to claim that white races were “improved” over others. The pseudoscience of Gall gave Galton a topic to ground in substantial, widely believed science (evolution).

These false propositions permeated the West. The United States’ Jim Crow Laws were tangled up in pseudoscience, among horrifying assumptions. They were law just eight years before Galton’s lecture. As a reminder, the Jim Crow Laws outlined that interracial marriage and children were illegal, among other atrocious segregation and suppression laws. The idea that being black or part black meant you were “lesser” or “tainted” was renewing itself in the international (more specifically, Western) dialogue by the early 20th century. This time, the basis was pseudoscience.

The most recent and gruesome of these manifested race sciences were the Nuremberg Laws of Nazi Germany. The image above is a chart that explicitly outlines lineage and percentage that define who was and was not a Jew in Nazi Germany.

I don’t mean to be pedagogical, nor do I mean to correlate Elizabeth Warren with history’s most terrible atrocities. But when we allow race science, in the form of DNA tests, to prove truths or falsehoods, we open doors that have potential consequences down the road. Asserting race by a matter of degree is skating a fine line between both the legacies history has left us with, and the hard to predict products of DNA tests with ancestries and percentages, in the future.

Asserting science, specifically DNA, as a means to identify or clarify someone’s racial identity enables those who want to use it as a switch to bar those of certain races from something. It begs the questions “how much?” and “did you know beforehand?”, and is riddled with inaccuracies. If Elizabeth Warren really identified as Native American, she would not need a DNA test to express it. She would not need anything to express it.