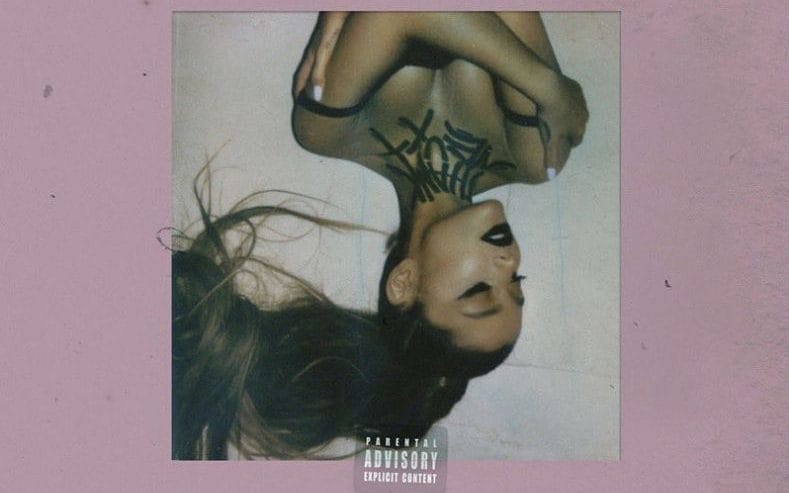 Album Title: Thank U, Next

The anticipation for Ariana Grande’s fifth studio album has been fueled by the media frenzy surrounding the singer’s personal life as of late. Coming just five short months after her last album Sweetener, the messages and tone of Thank U, Next seemingly negate the lovestruck optimism of her previous piece, which was to be expected.

After the singer announced her breakup with fiancé and SNL cast-member Pete Davidson, everything she’s done in media has been studied and dissected with hopes of revealing references to the relationship’s demise. With this is in mind, Grande’s singles and videos have included very obvious nods to rumors, both true and false, surrounding her relationship, the break-up, and the aftermath.

Thank U, Next presents itself almost as readings of diary entries from Grande’s last year. She begs for space from a lover, apologizes for thinking too fondly of an ex, and playfully dismisses the end of a relationship and celebrates singledom. Tracks like “NASA” and “bloodline” offer up creative metaphors to express the singer’s views of contempt for the situation-ship she’s found herself in while others like “break up with your girlfriend, i’m bored”, album namesake “thank u, next”, and “fake smile” are a lot more straightforward, giving Grande’s honest, unfiltered feelings about life and love.

While the concept of a newly emancipated lover is clear and the ways in which she crafts her ideas are interesting, sonically, Thank U, Next is tame and monotonous. The juxtaposition of her soft pop vocals over bassy 808s is all too familiar and the occasional f-bomb here or Migos-esque “skrrt skrrt” there doesn’t do enough to excite. More than a few songs follow the same repetitive formula in the chorus or bridge—and it becomes noticeable.

The most offensive moments happen when every line in the first verse of “NASA” ends with the word ‘tonight’ while the chorus repeats double-entendre ‘space’ 12 times and the bridges of “fake smile” and “Bloodline” employ the same four lines repeated with stacked harmonies method. And that’s before you get into the I-want-it-I-got-its of “7 rings” and the droning yeah‘s of “make up”. On their own, these entries make alright attempts but back to back, they make a one-note soup. At some points, it’s almost as if you’re listening to a fictional pop star in a bad romantic comedy.

Previous efforts by Grande have been fleshed out and had songs with a variety of compositions that didn’t take away from the fluidity of the entire work. With Thank U, Next, songs seem to blend together.

The singer makes little effort to show off her powerhouse vocals which is fine seeing as there aren’t many tracks that might lend themselves to riffs and runs the way a ballad might. The striking high notes at the end of “imagine” are all there is to entice those looking for some intimidating pipes. The new, sophisticated yet daring image that Grande’s trying to present doesn’t come across because her sound isn’t maturing or taking risks at all for that matter. Aside from the singles, whose appeal may lie entirely in the energy they supply the rumor mill, there’s no clear standout from the crowd.

On paper, or even in music videos, this album should work. A confident young woman, emerging a bit edgier and carefree after what was supposed to be a long prosperous relationship sheds her youthful innocence and speaks her mind. It’s a tale as old as time. But it doesn’t quite work here when Grande tells it. The goal is more Rihanna’s Rated R and less Miley Cyrus’ Bangerz. While not being a total failure, as a whole it simply fails to deliver on the fantasy presented when she’s knocking over champagne towers or seducing boys to get to their girlfriends.