Cary Fukunaga's upcoming Bond 25 film will be Daniel Craig's last outing as the iconic British spy. Here are seven things we want to see in his last hurrah.
Share on facebook
Share on twitter

His mission? To direct the still-untitled twenty fifth installment in the James Bond film franchise. With series producer Barbara Broccoli recently indicating that this final outing for Daniel Craig’s Bond won’t have the rumored title of Shatterhand, to the relief of many fans, it got us thinking of what we do want to see in Bond 25. So here’s what we hope Fukunaga can bring to Bond, in to order to leave us shaken, and stirred.

Not since Michael Apted’s The World Is Not Enough in 1999 has Bond found himself facing off against a main female antagonist. Despite this rarity Sophie Marceau’s Elektra King still had to share her screen time with fellow baddie Renard, portrayed by Robert Carlyle. It’s about time that 007 has to compete against a female adversary as formidable or hopefully even more so than the countless male villains he has dispatched in missions past. We’re not so sure that this will happen though. Fresh from his Oscar win for Bohemian Rhapsody Rami Malek is reportedly in talks to portray the villain and while we’re intrigued to see what he could offer in such a role we’re much more excited by the prospect of a feminine foe. Our favorite casting suggestion comes in the form of another recent Oscar winner. Someone get Fukunaga the number for Olivia Colman’s agent.

Thomas Newman has been the resident composer for the last two Bond flicks with his score for Skyfall earning himself and the film a well deserved Oscar nomination. His score for Spectre follows many of the same beats that his previous work established and while this works for the continuity between the films, it fails to give Spectre its own unique sound. We want to hear a fresh, energetic and exciting score for Bond 25 and a change of composer would surely bring this. Alternatively, if Newman was to go in a completely different direction this would also appease our need for a more special sound. He’s certainly more than capable—his back catalog of film scores is proof enough—but maybe with Sam Mendes departing duties for Bond it’s time for Newman to do the same.

Sam Mendes’ Skyfall is the most recent example of a mission existing solely within its own film. However, this is only true when watched in isolation. With the implications of Christoph Waltz’s villainous turn as iconic baddie Ernst Stavro Blofeld in Spectre, it appears that Skyfall wasn’t the standalone mission that it originally appeared to be. Even without this implication though it still features ex-MI6 agent Silva (Javier Bardem), and as excellent as his character and Skyfall are, it’s time to move forward rather than look back.

We want a straightforward solo outing for Craig’s last adventure as Bond. Despite the mixed to poor reception Spectre received, it at least tied up four film’s worth of narrative. The desire to have all of Craig’s films connected leaves us worried that the same will be true of Bond 25 but all we can do is hope that Craig gets one mission truly independent from the rest before he hangs up his bow tie for good.

Among the many flaws that were present in Spectre, one of the unmistakable highlights of the film was the increased screen time for the MI6 staff on home soil at the London headquarters. M (Ralph Fiennes), Moneypenny (Naomie Harris), and Q (Ben Whishaw) were given more substantial roles, further embedding them into the film’s narrative. The results were excellent, showcasing the cast’s effortless chemistry and helping to contribute to the pace of the film. With audiences now aware of what this trio are capable of and how much they have to offer we only want to see more of this. After the careful establishment of these characters over the last few films the last thing we want to happen is for them to be relegated to bookends of a future mission and with a cast as strong as the one Mendes assembled, Fukunaga would be a fool not to utilize them once again.

Yes, you read that correctly. Shark cinema is enjoying a tidal wave of popularity at the minute with Jason Statham’s The Meg proving one of last summer’s most entertaining blockbusters and numerous other sequels and original swimming their way onto cinema screens soon. We think it’s high time that Bond took a bite out of this market and featured some sharks in order to provide some fist on fin action. Among others, previous Bond films such as Thunderball and The Spy Who Loved Me have featured these fishy foes creating some of the most iconic and loved sequences the series has to offer. They’re well overdue a return and it wouldn’t be fair to see Daniel Craig depart the role without having to fend off a swarm of his own. Leave the damn lasers beams for Austin Powers though, please.

Say what you want about Daniel Craig’s era as Bond but the theme tunes for his first three films are some of the strongest the series has seen in years. Despite the backlash from fans after hearing Sam Smith’s Oscar wining theme for Spectre, “Writing’s On the Wall”, it does improve over time and feels more like a classic theme tune, even if lacking that punch that Craig’s previous themes have all carried. With this in mind we don’t want any messing about with the next theme tune—we want a certified banger. Whether this means bringing in a Bond veteran like Shirley Bassey, a recent success such as Adele, or a less obvious and more original choice we don’t mind as long as we can send Craig out with a theme tune that carries an undeniable license to thrill.

Ok, so, an Academy Award nomination for Best Picture is something we want to see as a result of Fukunaga’s film rather than featured in so to speak. So maybe this doesn’t count. But still, with no Bond film ever receiving a Best Picture nomination (Skyfall was robbed) we want to see 007 competing for film’s most prestigious prize. With action films such as Mad Max: Fury Road and Marvel’s superhero epic Black Panther receiving plenty of awards attention themselves, we feel that now is as good a chance as any for Bond to break into the Best Picture race. This is providing Fukunaga delivers an outing to the highest of standards of both Bond and the other films in the running. Contributing as much as it has to film over its fifty plus years of existence on the big screen, we’d love nothing more than for one of its films to be celebrated by audiences, critics, and voters alike at the highest level.

It’s Fukunaga’s move now and while including all of our wishes here would certainly leave us in double-0 heaven, we can’t wait for him to shock and surprise us with his very own interpretation of Bond. We’ve had our say, but what do you want to see in Cary Fukunaga’s Bond 25? 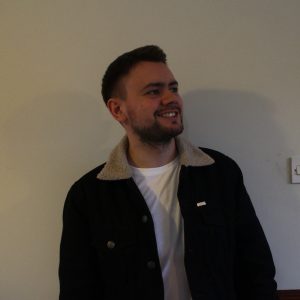 Hamish is a film fan based in Holywood. No not that one, the one in Northern Ireland. He spends more time in the cinema than anywhere else. If you’re looking to strike up a conversation with him you’ll find it easiest to communicate through quotes from comedy series ‘It’s Always Sunny in Philadelphia’. His film & television interests, like many, cover countless genres including spy thrillers, sci-fi horrors and of course shitty shark movies. You can find more of his film musings at HCMovieReviews or check out his twitter feed if you want to be inundated with Oscar Isaac content, and really who doesn't want that!?